A Look Back: AMC Closes All Eight High Mountain Huts for the First Time in 132 Years 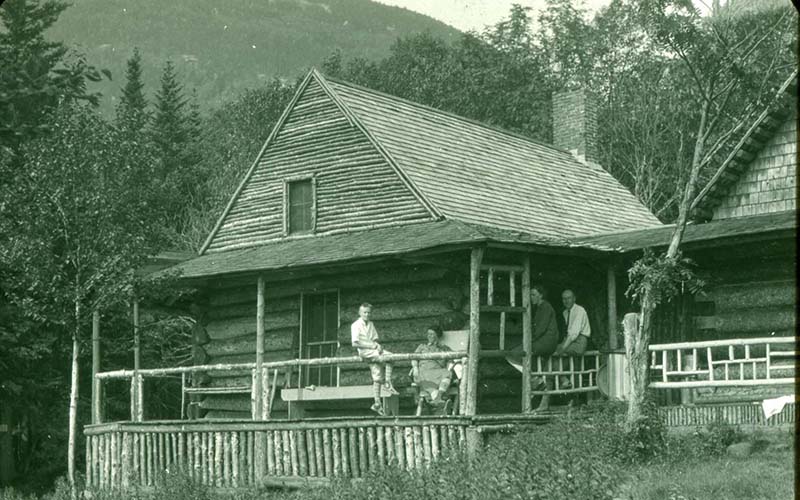 Before 2020, the only other time AMC’s Lonesome Lake hut closed was during World War II. Photo Courtesy of AMC Archives

The outbreak of COVID-19 this year, and the subsequent public health and safety regulations, has led AMC to make a heartbreaking decision: close all eight White Mountain high huts for the 2020 season, the first time in the history of the organization.

“There’s never been a major, ongoing threat to health and safety like this that would cause complete closure,” says Becky Fullerton, AMC archivist. “Wars happen elsewhere, weather passes quickly, nothing’s been so insurmountable as to make it impossible to open.”

AMC’s high mountain huts sit staggered along a nearly 50-mile stretch of the Appalachian Trail in the White Mountain National Forest, providing both day and overnight hikers with refuge from the unpredictable elements outside. The huts make it easy for visitors to stay in a remote location, while not having to worry about packing a tent, meals, and other gear needed to camp out. In an article in the August 1920 issue of Country Living, writer Elon Jessup called AMC’s huts “the mountains made easy.”

“At the same time,” adds Fullerton, “the huts are a challenge to get to—they’re disconnected from the world, they make you feel like you’re on an adventure in the wilderness, and while you get to experience the trails and weather, the huts feel like a bit of a safety net.”

AMC has certainly had to close all eight huts at once for brief periods, most recently in 2011 when Hurricane Irene came through New Hampshire. But that was for three days. 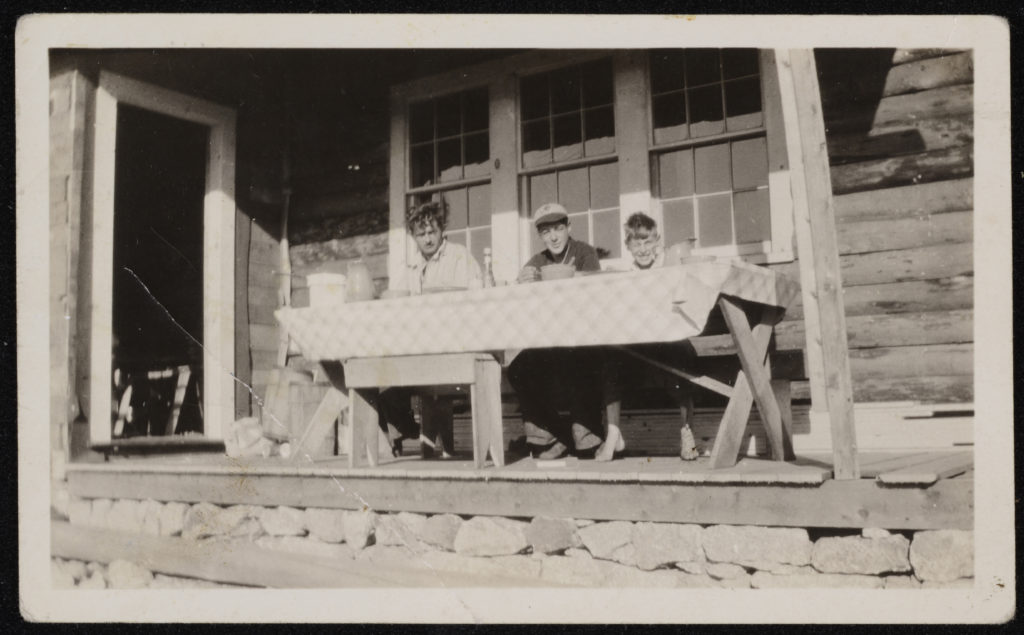 During World War II, a few huts closed intermittently, mainly due to staffing shortages. From 1943 to 1945, both Lonesome Lake and Galehead huts were closed, while Carter Notch and Greenleaf each closed for one year, in 1943 and 1945, respectively. Zealand Falls, Madison Spring, and Lakes of the Clouds huts remained open.

“Lakes and Madison being the most popular huts and being easily managed and reached from Pinkham seems to have helped make them a priority for staying open, and AMC could muster just enough staff. Lonesome, Greenleaf and Galehead were much newer, less established, more remote huts, so it was probably felt they wouldn’t get enough traffic to sustain themselves,” explains Fullerton.

One way that AMC was able to keep some huts open during these staffing shortages was by hiring couples and families. Zealand Falls Hut, which is easily accessed from Crawford Notch, was run by John and Janice Ellery in 1940, Florence “Kitten” and William “El Wacko” Ashbrook Jr. in 1942, and Stuart “Slim” and Calista “Cal” Harris, their son Kim (age 4) and daughter Sally (age 7) in 1945. Couple Ruth and Paul Prescott also ran Lonesome Lake hut for two years, from 1941 to 1942.

“This was the first instance of women working full seasons in the huts, albeit as part of a married couple and not an unmarried women (something that wouldn’t happen until the 1970s),” says Fullerton.

Even when some huts were closed during World War II, AMC had caretakers visit each of the huts periodically to check and make sure everything was in order. This included checking for vandalism, fire, or signs of a break in. Fullerton says that at least one room was still open at each closed hut to use as an emergency shelter and had some basic supplies. 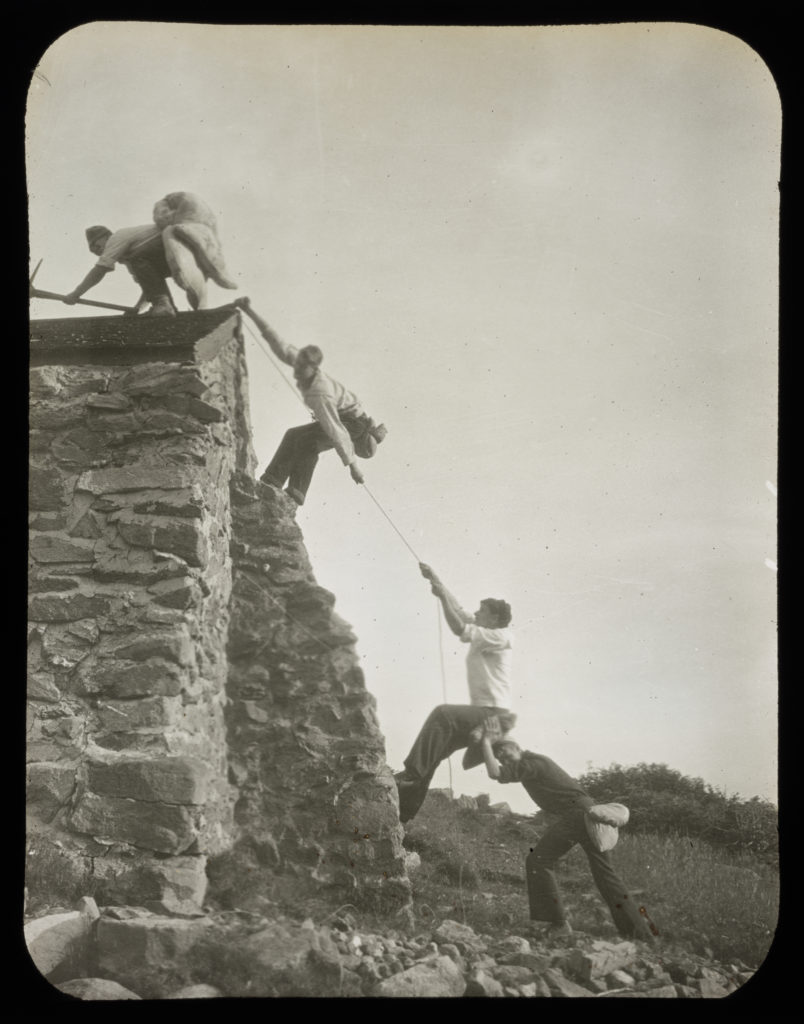 Back to the Beginning

As more hikers in the late 1800s looked to summit Mount Washington, AMC saw an opportunity to build a permanent shelter along the northern Presidentials. Hikers taking the route from (now Appalachia trailhead) in Randolph, N.H. would have to hike 5 miles above treeline to Mount Washington, and a hut would provide a safe shelter along the route. The solution was Madison Spring Hut, built in 1888 .

The success of Madison Spring Hut attracted more adventurous hikers from the region, and established AMC as a leader in mountain hospitality. AMC would continue to build more huts; in 1914, AMC built the stone Carter Notch Hut, which replaced an existing log cabin tucked between the Wildcat and Carter–Moriah ranges. Lakes of the Clouds hut was built in 1915, its proximity to the summit of Mount Washington quickly making it one of the most popular in the system.

In 1922, AMC hired Joe Dodge to oversee the huts as hutmaster, where he quickly saw an opportunity to expand the hut system and helped build three more—Greenleaf (1930), Zealand Falls (1932), and Galehead (1932). Dodge also led AMC’s process of acquiring Lonesome Lake hut in 1932, located in Franconia Notch between the Kinsman and Franconia ridges. The final hut, Mizpah Spring, was built in 1965 as a response to a rise in popularity of backpacking, providing a third hut along the 19-mile Presidential Traverse. 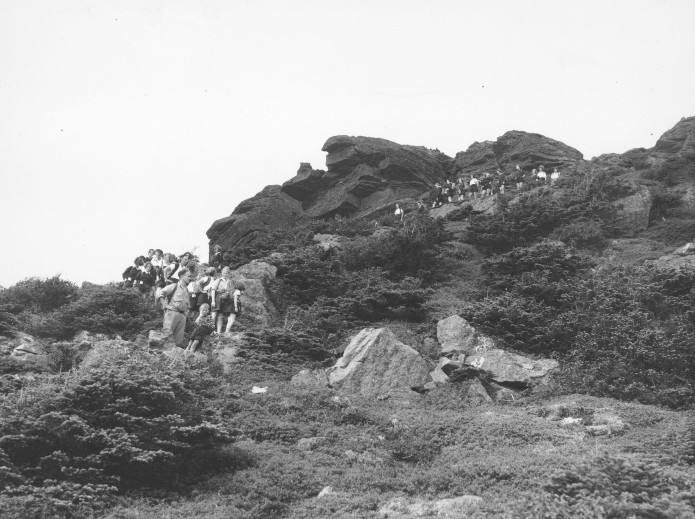 Joe Dodge leads a group of hikers along the Presidential Range in the White Mountains, 1937. Photo Courtesy of AMC Archives

A Bump in the Road

Concerns around COVID-19 and how to safely provide hospitality to guests coming through the huts led AMC to close the huts for the 2020 season. While difficult to make, this decision prioritizes the health and safety of AMC’s visitors and staff, says AMC President and CEO John Judge. It allows the organization to focus its services in places where physical distancing protocol is possible. AMC looks forward to welcoming guests back to the huts in 2021.

Share your memories of staying at one of AMC’s White Mountain high huts on social media by tagging #amcoutdoors.