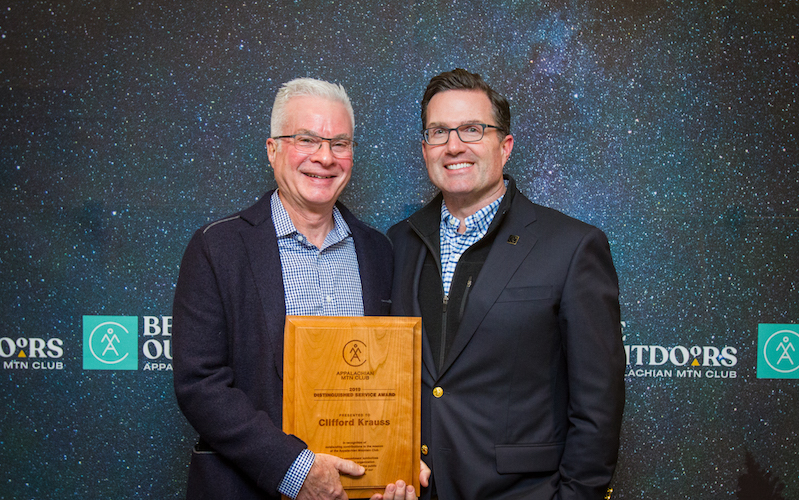 AMC has teamed up with Bangor-based Eastern Maine Community College to launch a co-branded associate’s degree in Outdoor Recreation Management and Eco-Lodging. An inaugural cohort of five students is piloting the program now, with an anticipated graduation in fall 2019. The curriculum includes online classes and on-the-job education, making it a key tool for AMC staff recruitment and retention.

Need some space? The Macomber Room at AMC’s headquarters in Charlestown is here for you. In January, to commemorate the 100th anniversary of Boston’s historic 1919 molasses flood, the Boston Chapter hosted a molasses-focused potluck in the event space. Outfitted with a full kitchen, the Macomber Room has hosted more than 30 events since AMC’s HQ relocation in fall 2017, with another 20 scheduled for 2019. And good news: Local nonprofits are welcome to reserve the space for non-AMC events. To learn more, e-mail amcbostonfacilities@outdoors.org.

AMC is teaming up with The Conservation Fund to purchase nearly 27,000 acres of forestland in Maine’s North Woods, adding to the organization’s existing 75,000 acres. The property, which includes the headwaters of the Pleasant River, in Piscataquis County, will remain under the temporary ownership of The Conservation Fund while AMC works to raise $25 million for permanent ownership, protection, and stewardship. The Pennsylvania-based Richard King Mellon Foundation has contributed a leading gift of $10 million. “This acquisition crystallizes the conservation vision that underpins AMC’s role as a fully vested and productive partner in Maine’s outdoor economy,” says AMC’s president and CEO, John Judge. “It means deriving more value for more people from a more resilient landscape, and that’s really exciting.”