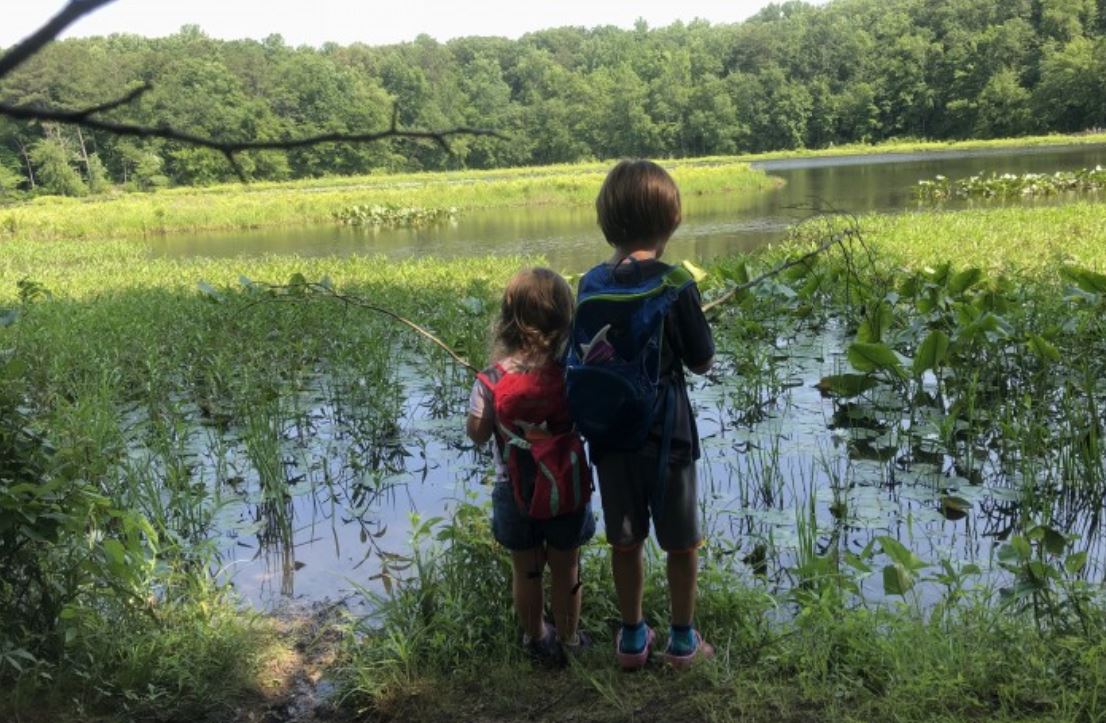 If you’re hiking with kids, the single most important thing you can do is ensure they have fun, enjoy the experience, and continue on a path of  loving the outdoors. Having a few key items of gear can help with that goal, while keeping them safe at the same time. Here are seven things I recommend, based on my own experiences of hiking with young children.

A day pack with water and snacks

You don’t want to overburden kids, but providing them with their own day pack can be empowering. This is especially true if you let them carry their own snacks and water and give them the freedom to stop and drink and snack when they want. Letting them put together their own mix of items as part of their personal “snack pack” furthers this goal.

Try not to have them carry much more than that. As a general guideline, kids should carry no more than 10 to at most 20 percent of their body weight. That’s not much if you’re talking about a 40 to 60-pound child, though it does give enough flexibility for them to add a few other small, lightweight items or an extra layer.

I’ve had great success with kid-sized multi-pocketed vests, which allow them to gather and collect their ‘treasures’ as they go, whether it’s a cool rock, pine cone, or some other fascinating element of the natural world. Sure they could just put the stuff in their day pack but it’s much easier and faster while they’re hiking to just drop it in a vest pocket.

I’m a big proponent of wearing long pants while hiking. They keep the bugs, brush, and sun at bay. And when it comes to kids, long pants have the added bonus of helping protect their legs from the seemingly inevitable stumbles, scrapes, and scratches that occur on just about any hike. What’s more, most kids like to climb and scramble on stuff, including rough rocks. Again, long pants help protect from leg scrapes from any slips, slides, and other skin-to-rock encounters.

(As an aside, it’s nice that many trails in the Northeast offer plenty of steep and rocky sections that provide kids with an opportunity to scramble. Such terrain also makes for faster ascents, given that kids are often so distracted scrambling upwards they don’t even notice the elevation they’re gaining. If I had to choose between a steep and rocky direct ascent versus a longer, more gradual sustained climb with kids, I would almost always pick the former.)

Band-aids (and a first aid kit)

You should always carry a basic first-aid kit, though in my experience the most important (and used) items in it are almost always band-aids for dealing with small bleeding cuts or scrapes. Carry a variety of sizes, especially ones that are large enough for more substantial knee scrapes.

Nobody likes getting chewed alive by mosquitoes, black flies, or other biting nasties. Carry insect repellent and consider head nets for the kids if you think the bugs might be particularly bad.

Each child should have a whistle and know how to use it if lost. Teach them what to do in a worst-case scenario when they get separated or lost from the group: blow a whistle loudly in bursts of three blasts, a universal signal of distress. Many kids’ day packs these days have a whistle integrated into the sternum strap buckle, which can work in an emergency. Better is a more powerful whistle, such as the Storm Whistle and other ultra-loud options.

Much of the Northeast is infested with blood-sucking, potentially disease-carrying ticks. Check your kids regularly , especially around the ankles and lower legs, hairline, and waist. Carry a tool to remove ticks in the event you find one already embedded, and know how to properly remove one. Once home, consider tossing everybody’s hiking clothing into the dryer—a surefire way to kill ticks you may have brought along with you.