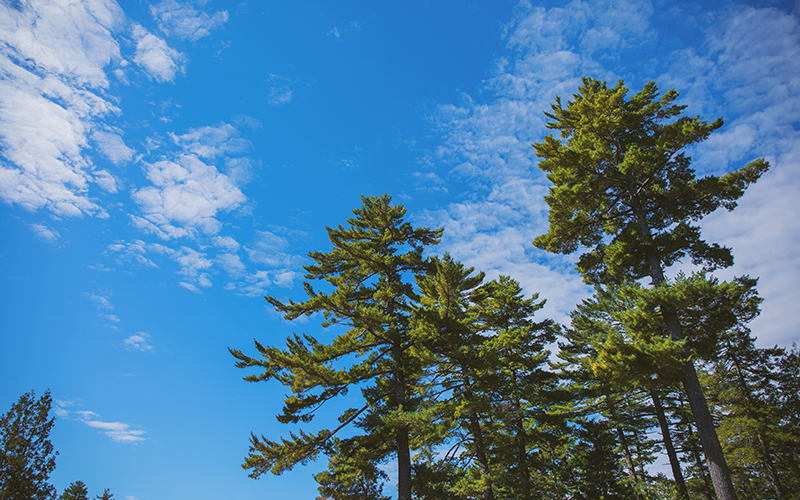 AMC strongly disagrees with this decision, stating that the project would have detrimental effects on the ecology of the region and that DEP’s proposed conditions do not adequately mitigate for the project’s impacts.

The North Maine Woods is the largest expanse of undeveloped forest in the eastern United States, and while it’s not wilderness (much of the area is used for commercial forest management) it retains a mostly natural forest composition. It is one of the few areas in the east capable of supporting viable populations of all native species.

“If you look at satellite photos of the United States at night, you only see two dark spots east of the Mississippi—one over the Everglades, and another over Maine,” says Eliza Townsend, AMC’s Maine Policy Director. “What Maine has is an enormous, undeveloped forest, which is important for so many species and for the climate.”

AMC is an intervenor in the NECEC permitting process in partnership with the Natural Resources Council of Maine and Trout Unlimited, and AMC’s Senior Staff Scientist David Publicover submitted formal testimony to the Maine Department of Environmental Protection (DEP) and testified at an April 2019 public hearing, highlighting how NECEC would negatively impact the ecology of Maine’s forests, specifically by fragmenting wildlife habitat in the area.

“The project would be one of the largest fragmenting features across a globally significant forest region, degrading habitat for marten, brook trout, and other mature forest species,” explains Publicover. “The proposed conditions don’t come close to ensuring that the impacts have been adequately minimized and compensated for.”

“The power line crosses numerous streams. Every time that happens there’s a loss of streamside forest that shades it, harming both fish and the species that move alongside the stream,” adds Townsend.

There’s also a question of whether the energy transmitted from Canada to Massachusetts is new energy, or if Hydro-Quebec will merely redirect the power it is currently generating and selling to other customers, a concern that has generated comment from Massachusetts Attorney General Maura Healey.

“Massachusetts is looking to invest in clean energy, but there is no requirement that the electricity purchased through NECEC actually reduce unclean energy production,” Townsend says.

While the project permitting processes in various regulatory agencies, including the Maine DEP and the U.S. Army Corps of Engineers, are now mostly closed to public comment, Publicover says there’s still a long road to final approval.