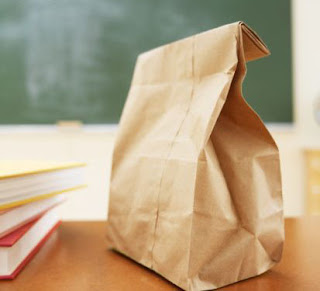 Wednesday lunches have been particularly filling for young Boston-area environmentalists this summer. For six weeks in a row, starting in mid-June and ending tomorrow, the Environmental League of Massachusetts (ELM) has hosted the Young Environmentalists Program (YEP), a series of brown-bag lunch talks for interns and junior staff to learn from people in the field about environmental policy, advocacy, and the role of government and media in environmental issues.

AMC Conservation communications intern Amanda-Joy Febles and AMC Facilities intern Anne Kirk were among about 20 regular participants in the weekly seminars. “Food bribes us to go,” Febles laughed. She also enjoyed the community feeling that developed among the diverse group over the summer: “You have your woodsy guys with beards, college students, folks getting master’s degrees — even three high school students! There were people right from Boston and from all over the country.”

Febles learned how the series began from Eugenia Gibbons, the staff member at ELM who organized this summer’s series. In 2008, a summer intern told Gibbons that she’d especially appreciated the chance to meet and listen to working experts during her internship. She suggested that the nonprofit craft try to reach more young people with those talks — and the Young Environmentalist Program was born. The first lunch series launched the summer of 2009. Febles felt a certain amount of empowerment, knowing that the program, meant to educate young environmentalists, began from a suggestion by a young environmentalist: “The idea was sparked by someone just like me.” She noted that the series was aimed at an age group that was likely to get involved in environmental issues. It’s happening at a time, she said, when “our passions are just getting ignited.”

The intimate, seminar-style gatherings have encouraged more personal conversations. In a recent talk about Harvard’s sustainability program, Heather Henriksen, Director of Harvard’s Office for Sustainability, explained the path she took to a career in environmental issues — fundraising at Stanford Law School, nine years in marketing at Time-Warner, a master’s degree in public administration from Harvard’s Kennedy School. Anne Kirk found an interesting generational difference between current leaders like Henriksen, who didn’t start out focusing on the environment, and her own generation, which she sees as being strongly focused on environmental issues.

Kirk, who is studying transportation and planning at Bucknell, looked forward to the series’ final talk — “Walkability,” by Joseph Cutrufo, program coordinator for Walk Boston — on July 27. Kirk had been inspired by Henriksen’s descriptions of how Harvard students became involved in “greening” Harvard’s campus. “As a student, I kept thinking of all I’d like to do back at school,” she said. “It motivated me for when I go back: ‘You need to plant organic grass in the Quad!’” The talk on walkability will no doubt seed more ideas.

For Febles, the lunches have been a great addition to her internship at AMC — and not just because of the food and the company. The conversations have allowed her to see her work for AMC in a fuller context, the speakers have given her role models and a sense of what it takes to make a difference, and the community has given her an instant network of young people who might together make a difference of their own.