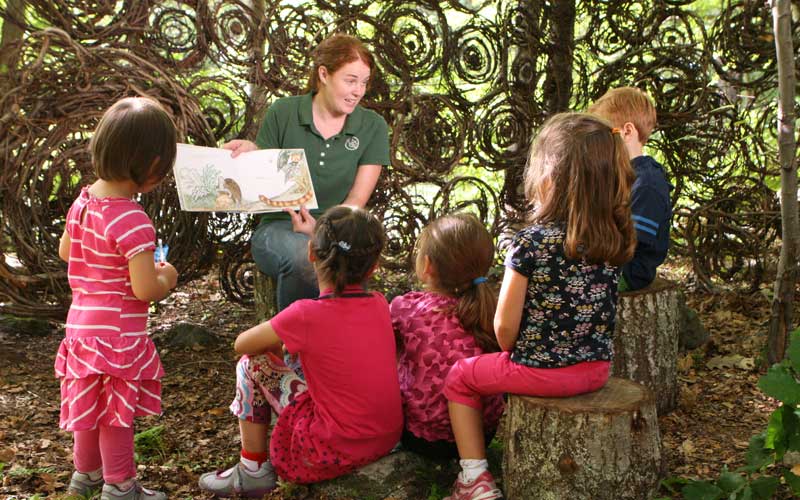 Do you know a kid who’s out of shape, overweight, or more likely to hang around the house than run around outside?

There’s a prescription for that.

Thanks to AMC and a growing number of partners, Boston-area families are spending more time outside together exploring, exercising, and having fun—doctors’ orders.

In an effort to help children get outdoors and to help families embrace healthy lifestyles, AMC partnered with MassGeneral Hospital for Children in 2013 to launch Outdoors Rx, a program in which doctors issue written prescriptions for physical activity outdoors. After kicking off in the Massachusetts cities of Framingham and Waltham, the program spread to the Boston communities of Dorchester, Roxbury, and Mattapan, as well as the nearby towns of Chelsea and Revere, in 2014.

More than 3,000 youngsters and families have enjoyed outdoor activities through their involvement in the program. The effort is supported by local physicians who take Outdoors Rx training and go on to prescribe outdoor activity for patients ages 13 and younger, helping the kids transition from a sedentary lifestyle to a more active one.

MassGeneral Hospital for Children continues to be a key partner. Boston Medical Center signed on last year, and its pediatrics department and bWell Center write Outdoors Rx prescriptions for patients who participate in programs offered in Roxbury, Dorchester, and Mattapan. Also new as of 2014 is the media company WGBH, which got involved to provide support through its Plum Landing digital project, designed to help kids make closer connections to nature through education on ecosystems.

AMC and representatives from partner organizations cite several studies that indicate outdoor activity is good for physical and mental well being, in addition to supporting academic performance and the development of social skills. An active, healthy lifestyle also can help children combat obesity and reduce the risk of high blood pressure.

Volunteers and AMC staff make it easy to “fill the prescription” by leading participating families in as many as 10 activities and trips per week to local parks and green spaces. Some families head out on their own, with maps from AMC written in English, Spanish, Portuguese, and French, according to Pam Hess, AMC’s former director of youth engagement.