Could Legislatures Be Doing More to Fund State Parks Budgets? 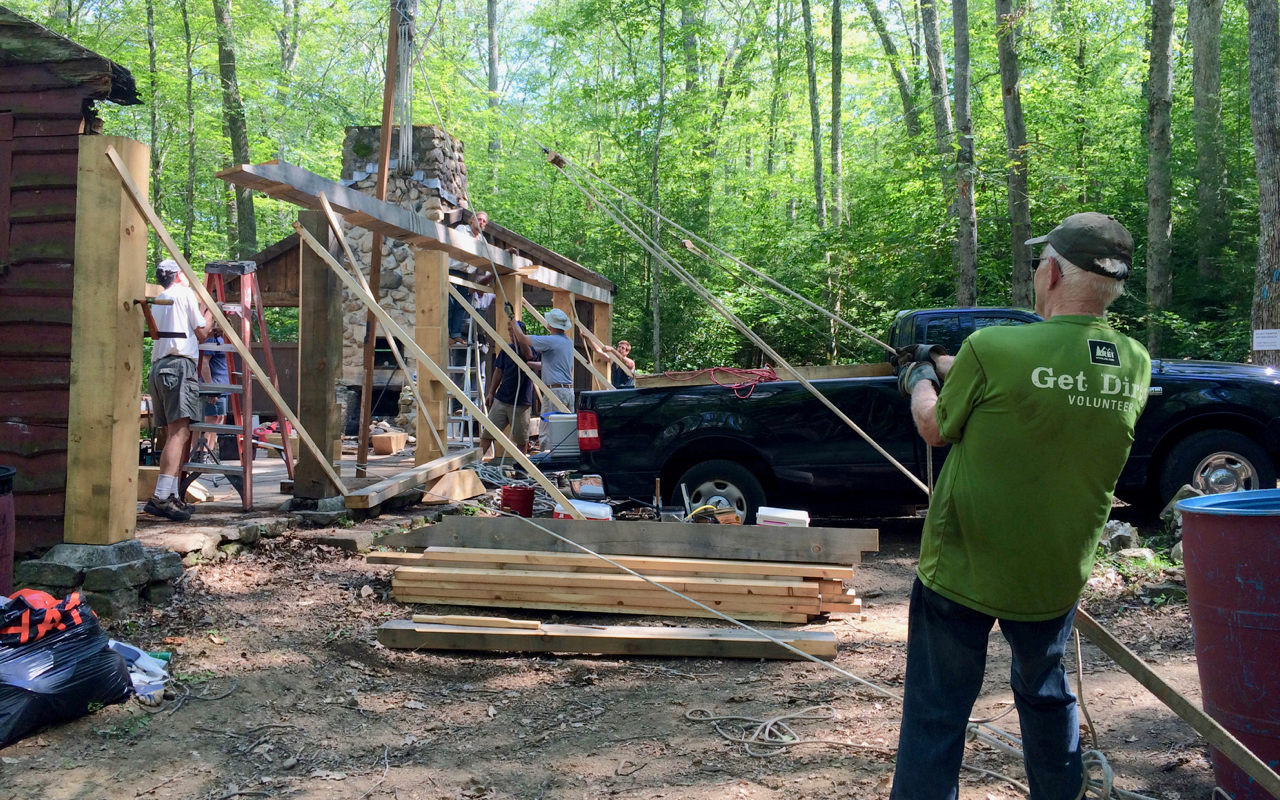 Kerry RobinsonAMC volunteers rebuild a pavilion in Rhode Island, one of many public authorities suffering shortfalls in state parks budgets.

For more than three decades, Rhode Island’s state parks, forests, beaches, and campsites have been Jeff Ulricksen’s playground. But Ulrickson, the communications chair for AMC’s Narragansett Chapter and a volunteer with its trails committee, has observed changes in his beloved public lands—and not for the better.

“You constantly come across old structures, camps, picnic areas, et cetera, that have been lost to time,” he says. “I have found not just one or two structures here and there but entire campgrounds that have just wilted away.”

A report published in late 2018 by the Department of Environmental Management, which oversees Rhode Island parks and beaches, supports Ulricksen’s observations. “The Rhode Island State Park system is at a critical crossroad,” the study reads. “Without a concerted effort to increase staffing and funding, the system will continue to deteriorate, and the Department will be unable to keep some facilities open and adequately staff and maintain others.”

The numbers tell the story: Rhode Island has cut its parks workforce by 67 percent since 1989, from 123 employees to 42. The state currently employs one full-time worker per 67 acres, while best practices recommend one per 30 maintained acres; meanwhile, the state pays contractors $800,000 a year to make up the staffing deficit. The self-assessed price tag to fix the crumbling fences, privies, shelters, and more? An eye-popping $50 million. Ulrickson says, in several areas, structures “would have completely fallen down” had AMC volunteers not stepped in to do the work.

Rhode Island’s not alone. Across the region, states are grappling with how to fund and staff public lands. “Massachusetts’ Parks are Falling into Ruin,” blared the headline for a 2015 Boston Globe op-ed. Since 2008, the commonwealth has cut its state parks department workforce by 31 percent to manage 450,000 acres of public land. In Connecticut, as recently as 2017, parks’ only consistent revenue source was 0.1 percent of the state’s general fund. Faced with widespread park closures and the adoption of a “passive management” system for those that remained, advocates such as Connecticut Forest & Park Association pushed for additional sources of revenue. And in Pennsylvania, where the budget allocates one-half of 1 percent to state parks and the backlog of maintenance tops $1 billion, AMC has been encouraging state legislators to stop the practice of diverting funds earmarked for conservation toward other purposes.

“Funding state parks at appropriate levels is an investment in health and in our economy,” says Heather Clish, AMC’s director of conservation and recreation policy.

In contrast to every other state in the region, New Hampshire’s parks do not use any general fund dollars and must generate all of their own revenue, which is put into a separate parks fund. But the strides Connecticut has made in properly funding its parks may be a more comparable model for Rhode Island. Passed in 2017 and implemented last year, Connecticut’s Passport to the Parks program added $10 to the state’s biannual vehicle-registration fee, generating $14 million for parks in 2018. In return, Connecticut waives the parking fee at parks and beaches for all in-state vehicles. Funds raised from tent and RV camping fees now flow directly into the new parks program rather than the general fund, according to Eric Hammerling, executive director of Connecticut Forest & Park Association. What’s more, he adds, 10 percent more people visited state parks in 2018 compared to the previous year.

Rhode Island officials have yet to announce any sweeping changes that approach those made in neighboring Connecticut, but Gov. Gina Raimondo’s 2020 budget commits an additional $1.5 million to state parks, including the creation of an office of business development. In February, officials set out on a listening tour to hear from the public. They’re also mulling fee hikes for campgrounds and beaches and will present a 2020 ballot referendum, asking voters to approve a $50 million to $70 million bond for infrastructure improvements.

Even so, Ulricksen fears any extra funding will mostly benefit “touristy areas” like beaches. “I haven’t seen any plan that makes me feel all warm and rosy, in terms of the areas we’re putting our resources into, that benefit our trails,” he says.