David Queeley: the not-impossible job of getting 500,000 kids into the outdoors 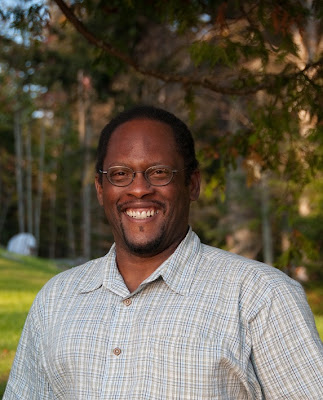 In August 2011, David T. Queeley joined AMC as Vice President for Outdoor Engagement. In the newly created position, he will oversee AMC’s current and future outdoor engagement programs, including its Youth Opportunities Program for urban and at-risk youth; its “A Mountain Classroom” school program; guided backcountry Teen Wilderness Adventures; and youth and family programming at AMC huts and lodges. He’ll also spearhead new efforts to create local community partnerships and diversify youth and family participation. Currently, AMC programs reach some 40,000 young people in the Northeast. Dave will be directly responsible for leading AMC’s efforts to raise that number to 500,000 over the next decade, a key component of AMC’s Vision 2020 strategy.

In his own words, Dave talks about the path that has led him to his new job, and the mission that drives him.

“When I was in first grade, we moved from Dorchester to Sharon, Mass., and my life changed from an asphalt existence to a wooded, leafy, suburban one. I spent a lot of time outside. There were woods all around, a pond behind our house that we skated on in the winter, a couple of nearby camps, and a blueberry farm.”

“My parents saw the value of getting outdoors. My mother was always saying to me, ‘Go outside! Go outside!’ One of our first family trips was to Dolly Copp campground in the White Mountains, when I was about 10 years old. My brother and I were so excited that we figured out how to put up the tent before our father did. I saw someone fly-fishing for the first time there; even though it took me years to get around to trying it, it’s now one of my favorite pastimes.

“I began to think that I’d like to pursue a career in the environment if I could combine my passion for the outdoors with work. With my first serious money, right out of high school, I bought a tent, an orange A-frame Eureka, and took it on a trip to the Grand Tetons. In college, at Wesleyan, I went on my first winter camping trip, near Lake Placid. We had no real clue: I wore corduroy overalls, a flannel cotton shirt, and suede leather boots, that froze up during the night because I didn’t know to keep them inside my sleeping bag.”

“I look back and can see that although my early jobs appeared somewhat disconnected from one another, all gave me skills that built toward the career I now have. I was inspired by the environmental movement of the ’60s and ’70s, specifically by Jacques Cousteau. The first career I pursued was marine biology, but my first jobs in that field involved a lot of rote lab work. That didn’t fit my romantic vision of being another Cousteau.

“I then took a job as a science teaching intern at the Crossroads School in Santa Monica, California, which had an outstanding environmental education program that included rock climbing and hiking. Experiential learning got many of the kids to open up in new ways—and it enhanced their classroom learning.

“From there I worked for the state of Massachusetts managing a grant program that gave money to cities to create, repair, enhance, and maintain parks and playgrounds. I gained an understanding of how state and municipal budgets work, as well as how government can improve access to green spaces for children and families, especially in urban areas. Then I worked as a planner for what became the Department of Conservation and Recreation, where I oversaw a lengthy process to develop a master plan for the Neponset River from Mattapan into Dorchester, which had been terribly neglected. We ended up converting an old railway line into a greenway and converted a landfill into a park. It’s been a great success story.”

“After working in government for many years, I realized that local and regional environmental groups were also becoming more interested in urban work and in reaching new constituencies. Mass Audubon was creating a new nature center right in the middle of Boston. I thought, I have to have that job. I was the first director of the Boston Nature Center. I lived on the site—72 acres, including what at one time was the largest community garden in the country. Some mornings I’d even have a wild turkey on my front porch.

“I went to New York City for a couple of years to work with the Prospect Park Alliance, then returned to Boston and ran the Trust for Public Land’s Parks for People program in New England. We worked on green spaces in Providence, Stamford, and Portland, Maine, and built a playground in Dorchester. The parks, greenways, and playgrounds we created made life better in those urban communities. I realized that making a difference in people’s lives had to be an essential part of my work going forward.”

“I heard about the new position at AMC. I’d been an AMC member off and on for many years. I often go backcountry skiing at Cardigan. I sea kayak and hike, and of course I fly-fish. Being an AMC member has been a very positive experience for me personally. And I knew of AMC as a well-run organization. People rang me up, emailed me. ‘That’s you!’ they said. The new position seemed like an especially good fit for my eclectic background.”

“AMC’s president, Andy Falender, tells me I’ve taken on an ‘impossible’ job [of getting 500,000 kids outside by 2020]. I disagree. It’s true that there are many moving parts. But it’s a challenge, not an impossibility, to make seemingly disparate things come together. I’ve done a lot of that in my life. Another thing about me: I don’t give up. I’ll keep going until I figure something out.”

“My main focus in the new job is to follow through on the goals laid out in Vision 2020. I want to reach 200,000 kids directly over the next decade, which means getting many more families engaged with AMC and increasing the diversity of kids and families in AMC. Reaching out is critical to the future of the organization. If our message is already reaching the converted, then who else can we reach, and how do we go about doing that? We need to reach more people where they are.

“We also want to work with the chapters to help us expand our audience. We need to hear from those chapters that have created successful family programs, and learn from them. It will be important to give chapters the resources they need, whether that’s training or assistance or helping them enter into creative partnerships.”

“Given the current economy and our concern for the environment, the question arises: Rather than ask people to travel, how do we do more right where people are? We’ll be looking for population centers where we can have a big impact. We also have to use and market our resources differently. I think Cardigan Lodge may be an underused resource, as are Noble View, Mohican Outdoor Center, and Ponkapoag Camp. These are great places to introduce kids and families to the outdoors. We’re hoping to bring in more kids, programs, and families from nearby population centers, like Springfield, Holyoke, and Pittsfield for Noble View and the greater Boston area for Ponkapoag, to use these facilities.”

“Louv’s theory of nature-deficit disorder is true. I’ve seen what happens when kids don’t get outside: There’s a whole generation of kids joined at the hip with technology. We have something deeper, and more real, to offer the younger generation.”

“Kids in urban areas without backyards need access to the outdoors. Kids need to be connected to nature. I can’t tell you how many kids I’ve met who don’t know where the water that flows out of their taps comes from, or that the food in their supermarkets comes from farms. They need to connect on that very basic level. If they don’t, we are all in trouble.”

“At Pinkham recently, I watched a father and son coming back from a long trip. I heard a young couple yell, ‘We made it to base camp!’ as they arrived in the parking lot. Another young man was just coming back from what looked like a night or two out. To a person they were all beaming and happy to be there. They exuded a sense of being home in the outdoors. If AMC can instill that sense in all the kids and families who don’t have it right now, I’ll be doing my job.”

Learn more
– Vision 2020: A trail map for the next decade. (Don’t miss the links to the AMC Commitment to Youth fact sheet at the bottom of the page.)
– Video: AMC’s Youth Programs

– Tips for getting kids outdoors