Did Environmental Voters Swing the Midterm Elections to Climate Warriors? 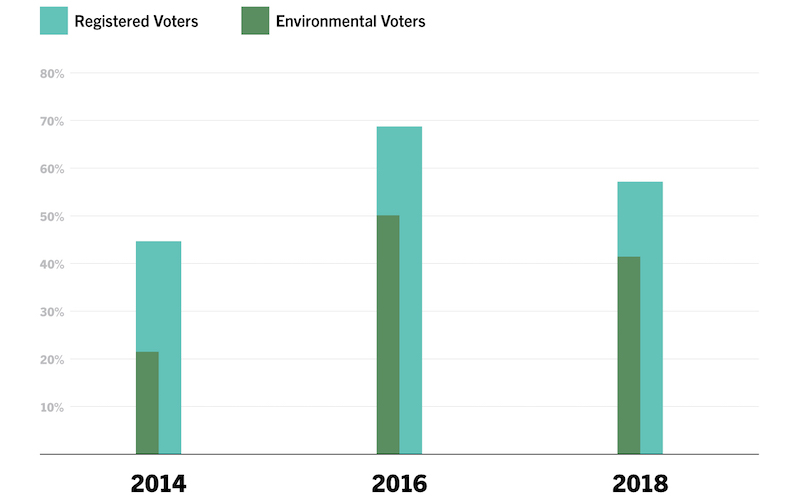 The midterm elections of 2018 saw the highest recorded voter turnout since 1914. The result? A record-breaking group of Congressional freshmen, with a significant number running on environmentally focused platforms. The Environmental Voter Project, launched by Nathaniel Stinnett in 2015, attributes some of this momentous turnout to a rise in environmental voters, which nearly doubled since the last midterm, in 2014.

*Because midterm election data has not yet been released by individual states, EVP’s 2018 numbers are based on exit polling.

Climate, Conservation, AMC Outdoors, Articles, Bulletin: Across the Region, From the Magazine, Spring 2019