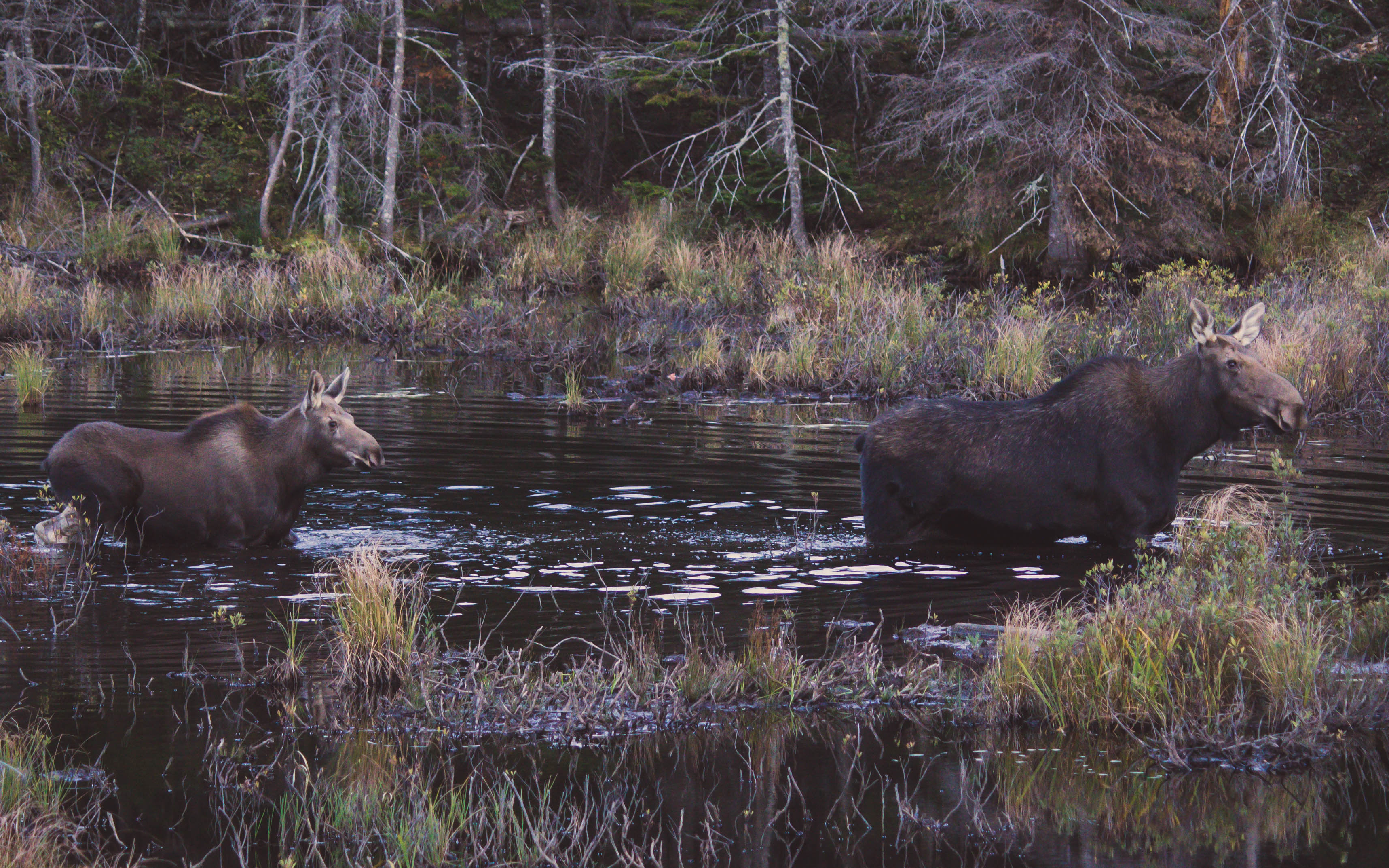 Emily DavenportMoose are occasionally spotted near Pinkham Notch in New Hampshire. Theirs are among the northeast animal tracks you’d be lucky to see this summer.

Seeing animals in the wild is thrilling. Whether you’ve spotted a common merganser hen swimming with her ducklings trailing behind, a five-lined skink basking on a rock, or—if you’re lucky—an ambling moose in the woods, you know that the encounter is a rarity.

Experts encourage tracking for its own sake—even if the animal itself eludes us. Tracking, after all, “is the ultimate expression of nature literacy,” says Mike Douglas, director of adult programs at Maine Primitive Skills School. “You become a connoisseur of the depth of nature as well as the breadth. It’s drama being written and rewritten every day, not just in the print, but in the track pattern, showing where an animal went faster than normal, or slower than normal, because they were cautious or afraid. …It’s no longer point A to point B, one grand vista to the next.” Here are six species that live between Maine and Virginia, and their tracks, to keep an eye out for on your summer adventures. 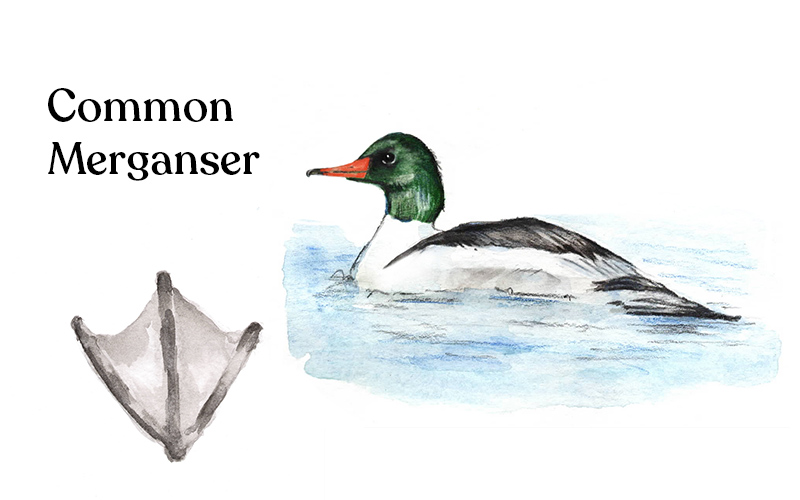 You might spot the common merganser’s footprints along the banks of fresh water in Pennsylvania and states to its north. Douglas calls the bird a “pterodactyl duck”: Its thin, hooked, serrated red bill helps adult males catch fish up to a foot long. Similar to other ducks’ tracks, the merganser’s two top toe prints curve inward around the third toe, sometimes with connective webbing and a dot behind, revealing a backward-facing toe called a hallux. 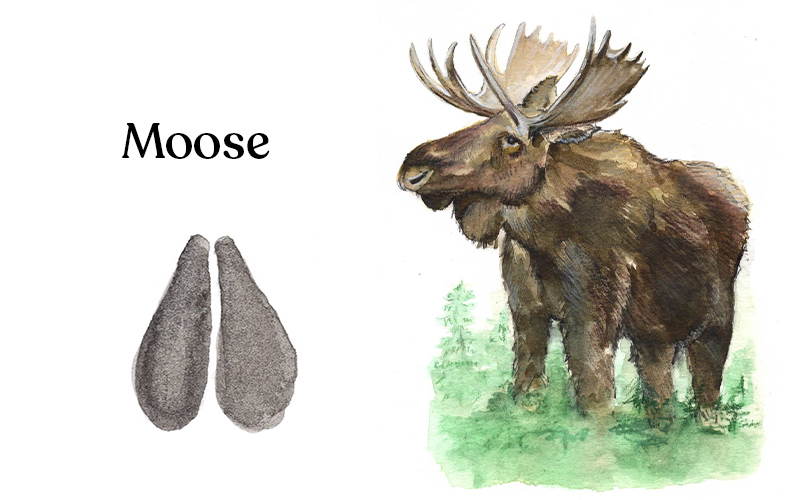 Moose tracks resemble a deer’s hoof prints, but are larger—roughly the size of human hands. Some are six inches long; when the dewclaws (smaller claws higher on the leg) imprint, tracks measure up to 10½ inches. Hoof imprints vary from 23 to 48 inches apart, depending on the moose’s speed. These animals live in northern Massachusetts, New Hampshire, Vermont, and Maine—if you see one, keep your distance, as moose readily defend themselves and their young. 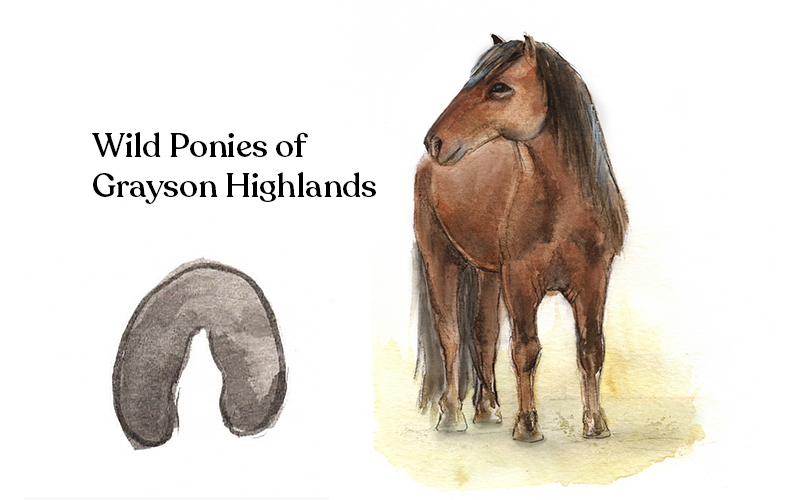 Accounts vary of how the wild ponies of Grayson Highlands State Park and Mount Rogers National Recreation Area arrived in southwest Virginia. They’ve certainly been there since the mid-20th century, and Wilburn Ridge Pony Association provides them with salt licks, warming blocks, and annual check-ups. You might spot hoof tracks; likely, you’ll see the ponies themselves. They’re not shy, beg for food—and, Marian Orlousky, director of science and stewardship at the Appalachian Trail Conservancy says ruefully, “they bite.” The ponies might not let you keep your distance, but don’t feed them. 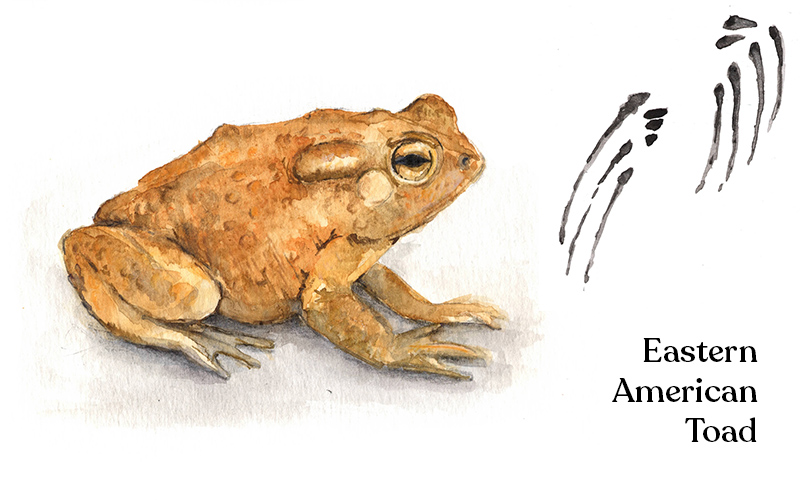 Yellow, orange, or brown, these toads are warty. Handling a toad won’t give you warts, but could leave a sticky-but-non-harmful secretion on your hands. Their tracks can be hard to find and vary significantly; in dust or dirt, they include four toe imprints, sometimes behind kite tail-like marks made by a dragging foot. Approximately 2¾ inches separate the alternating tracks. When in mud, very clear footprints top the dragging-foot kite tail. 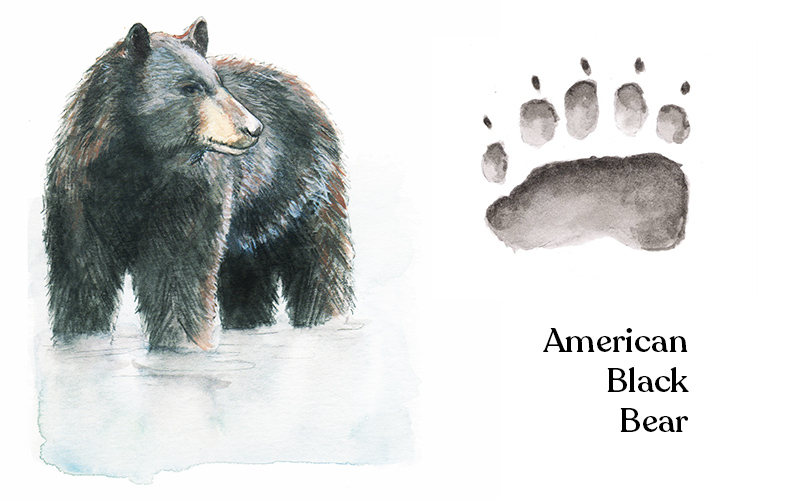 “A bear track, to the untrained eye, looks like a human [footprint],” says Douglas. But they’re much fatter and shorter in length” than human feet, he adds: 3½ inches wide and anywhere from 4½ to 7 inches long. Black bears are the most common and smallest American bears at 5 to 7 feet tall and 200 to 600 pounds. Their flat-footed stride measures 36 to 42 inches, with front paw tracks measuring smaller than hind ones. If you’re hiking alone and spot black bear tracks, “whistle” to alert any nearby bears of your presence, which should keep them at bay, Orlousky advises. “If you’re hiking with a group, maybe make a little bit of noise.” 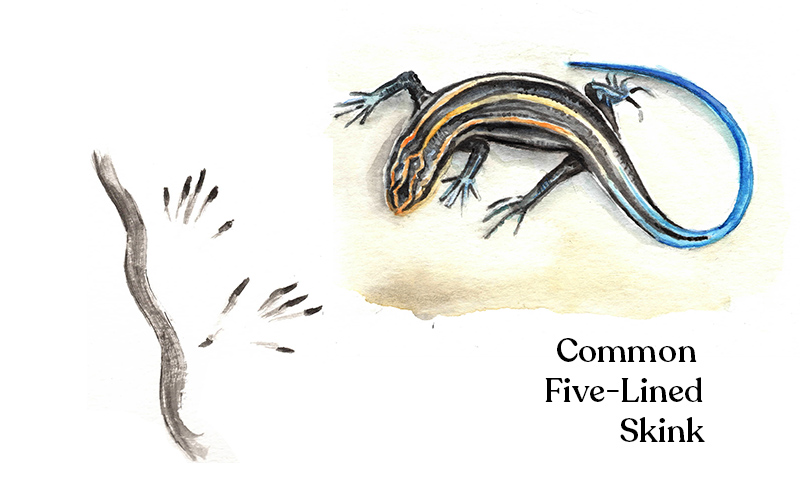 At 5 to 8½ inches long, the five-lined skink is most striking when young, with its blackish body, five light stripes, and brilliant blue tail. Over time, its body lightens, the stripes darken, and its tail turns gray. The lizard’s track “looks like a frog that isn’t hopping, but alternate walking,” Douglas explains. “[That] pattern is very wide-bodied, almost like a turtle walking back to the lake. But the other piece to that is a tail drag.” Skinks, found from Florida to southwestern New England, favor rocks and trees, making their prints elusive. If you do see one, don’t handle it. Its tail can break off.