FoodCorps on the ground 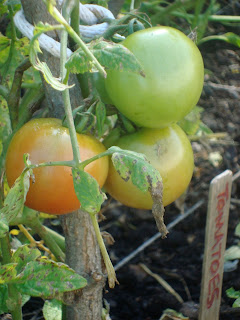 Three members of the first class of 50 in the FoodCorps national service program were assigned to work in Gloucester, Massachusetts. Erin Taylor had studied environmental issues and public health at Tufts and helped found Boston Truck Farm, a mobile community farm and education project. Sarah Rubin became interested in issues of food access while studying religion at Oberlin College. After spending a gap year at “Maggie’s Farm,” a farm school in Massachusetts, Grace Cherubino studied human ecology at the College of the Atlantic. FoodCorps members receive a $15,000 living allowance, health insurance, and a $5,500 education award. Perhaps more important, they get the opportunity to learn from people who have been helping create the school-garden movement.

Francey Slater is one of those people. At 30, she’s not even a decade older than Taylor and Rubin, the two FoodCorps members she is supervising in Gloucester. (Cherubino is assigned to the Food Project.) In college, Slater spent a semester in Italy, and fell in love with the food culture there. Back home, Slater became drawn to the question of how food is produced in this country. She worked on an urban farm in Philadelphia with the Urban Nutrition Institute, a joint project of public school and the University of Pennsylvania, and became involved in its education programs. That led to graduate school in education and a short teaching career. Then she found out about CitySprouts. It’s a “marriage of both the worlds I’m interested in, education and growing food,” says Slater.

For the past four years, Slater has worked with CitySprouts in the Cambridge public schools, planting school gardens and developing a garden curriculum alongside classroom teachers. For example, in the spring, fourth-grade math students start weekly measurements of pea plants in the gardens. “They keep track of their measurements, graph them, make predictions about them, develop hypotheses,” says Slater. “A lot goes on, from the simple mechanics of operating a ruler to cognitive processes, taking information and making inferences about what will happen in the future.” But this, says Slater, is where the program gets “a little sly.” While they’re doing math, Slater says, the students are also interacting with the plants, watching them grow, flower, develop pea pods…. and eventually eating the peas. Imagine: A math problem you can snack on when you’re done!

Slater started Rubin and Taylor as garden coordinators in two Gloucester elementary schools, Veterans Memorial and Beeman Memorial. Each young woman spends 4 days a week at her school tending a raised-bed garden and making herself available to teachers and students. They also assist Grace Cherubino, who is helping the Food Project develop after-school programs in the gardens. Slater: “You can’t walk into a school and ask teachers to take on more work. Teachers are really busy and under a huge amount of performance pressure. Their entire day — entire week — is often spoken for several times over.” So Slater was delighted to see how interested the Gloucester teachers were in the new gardens. “We built the gardens one week, and by the next, classes were coming out asking questions, getting tours.”

Slater thinks it’s made a difference that Rubin and Taylor are on the job 30 hours a week. CitySprouts could afford only 10 hours a week for garden coordinators. Being on site 4 full days a week has allowed teachers to connect with the FoodCorps workers and trust that they can rely on them.

There’s another component, as well. Drawing on the experience of the Boston Public Schools’ 3-year Farm to School pilot program, Gloucester is incorporating the garden programs in another classroom — the cafeteria. The schools’ food services department is on board to promote new menu items created from produce grown in the school gardens. Kids who might refuse to eat barley in soup or salad might have a different response, Slater thinks, if they’re able to say, “Oh yeah, we grow that in our garden.”

The school year has just begun, and the three FoodCorps members are on the job until next August. Slater imagines a harvest celebration at the schools — letting kids press apple cider and dishes cooked with vegetables grown in the gardens — before the winter comes. She already knows that next spring will be full of activity: planting new fruit, herb, and flower gardens; building new beds and sheds; more classroom visits and more ways to include the gardens in lesson plans. One thing is clear: Much will be learned.