For Businesses Reliant on Outdoor Recreation, 2020 Has Been a Slog 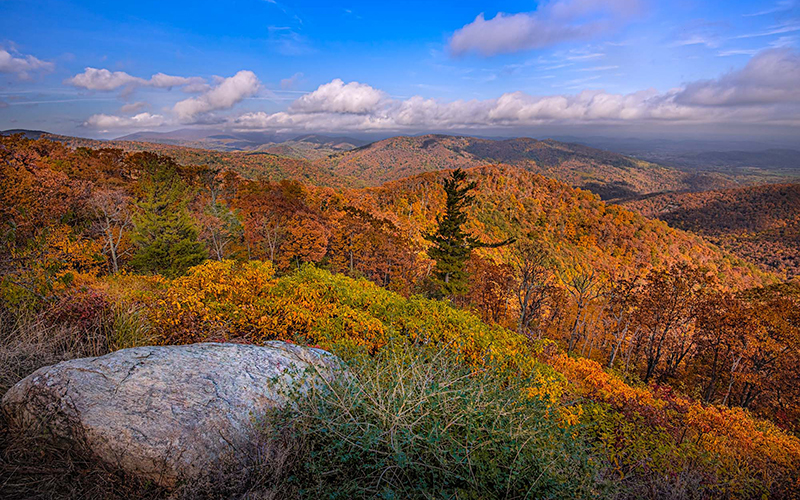 Edward Episcopo via Creative Commons by FlickrBusinesses and inns near Shenandoah National Park have suffered from travel restrictions in 2020, but some feel optimistic about a bump from foliage-peepers this fall.

For nearly 142 years, Luray Caverns, among the largest cave in the eastern United States, had remained open to the public for visits.

That is, until March 17 of this year, when the Commonwealth of Virginia ordered non-essential businesses, including Luray Caverns, to close to slow the spread of COVID-19, ending a streak of well over 50,000 consecutive days of business that began November 7, 1878.

“It was devastating when we closed,” said John Shaffer, Luray Caverns’ director of public relations, adding that more than half-a-million people from every state and 43 countries visit the expansive limestone caverns in a typical year, many of them arriving in groups on coach buses. Since March, 650 tour groups have canceled their trips to the Luray, Va., Shaffer says.

Luray Caverns was certainly not alone. Businesses in outdoor recreation hotspots—like Luray, which sits just a few miles west of Shenandoah National Park—count on warm-weather visitors to form the bulk of their revenue in normal times. As COVID-19 spread throughout the spring and summer, the subsequent shutdowns upended the travel industry, and this summer became the great unknown. Government closure orders meant companies would certainly lose chunks of the spring business, but when states began to reopen in the summer, it was less clear what would happen.

At Luray Caverns, new safety measures meant the entire visitor experience had to change. During its 80-day closure, the business’ leadership created a plan they called “Clean from the Ground Up.” No longer would guides lead every tour. Groups would need to space out. Employees would periodically sanitize the railings keeping visitors on the path.

Since the business reopened on June 5, Luray Caverns has regained its footing, to some degree. Though it’s had to cut back on marketing, its long-standing status as an outdoor activity under two hours from Washington, D.C., and the name recognition built over nearly a century and a half mean that Luray Caverns has been able to recover 60 percent of their business, Shaffer says.

“We are fortunate to be receiving the visitation that we have, and we will survive this,” Shaffer says. 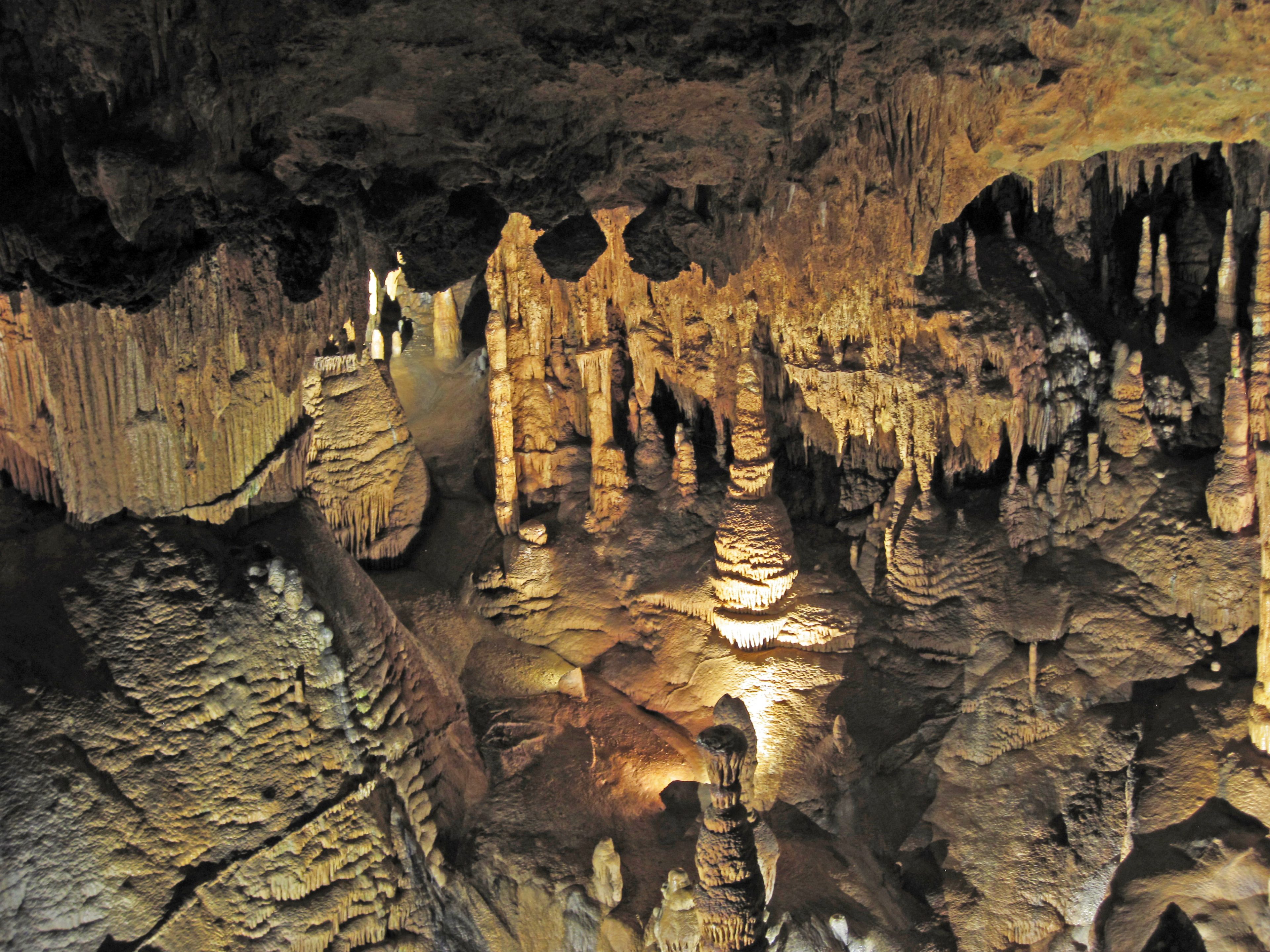 James St. John via Creative Commons by FlickrLuray Caverns in Luray, Va., is among outdoor recreation businesses that have suffered as a result of COVID-19 shutdowns.

Other businesses have less certainty.

“It’s really been bad,” says Becky Reeves, who together with her husband owns Wayside Inn in Middletown, Va.

The inn, just 20 minutes from Shenandoah National Park, was closed from St. Patrick’s Day into August. Business is down 95 percent, Reeves says, but a combination of curbside pickup from the inn’s restaurant and government assistance loans helped the operation stay afloat and retain a few full-time employees.

Wayside Inn serves visitors coming off of Skyline Drive—the 105-mile scenic highway that spans the length of the national park—hikers heading northbound or southbound on the Appalachian Trail, and many others simply passing through the Shenandoah Valley or enjoying its natural scenery.

January and February are normally slow for the inn. In any other year, business would heat up through the spring and into the summer.

“It wasn’t good, economically. But I got to sit on the porch a lot with my dog and read books, so it wasn’t a total disaster,” Reeves says. “But business-wise, there was none.” 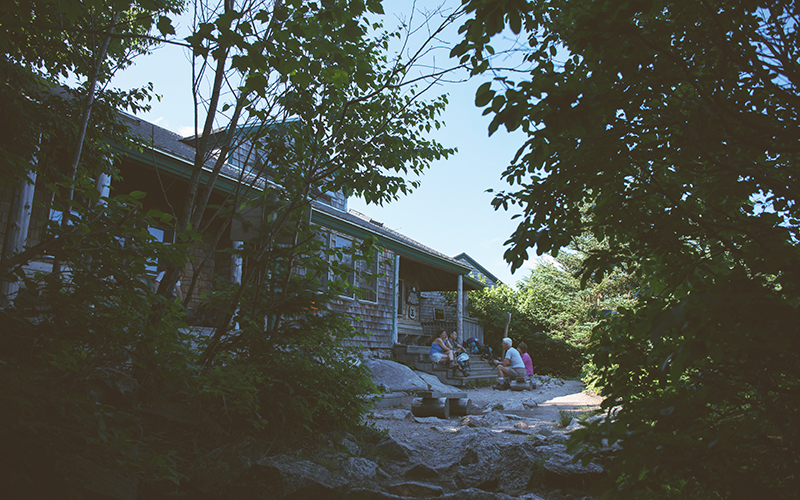 Paula ChampagneAMC’s Zealand Falls Hut during a normal year. All of AMC’s high mountain huts are closed for the 2020 season.

For AMC, this year meant a three-month closure of all overnight facilities and the first full-year shuttering of the White Mountain high huts in more than a century. On March 24, as the virus began its sweep through the eastern United States, AMC closed its overnight and day-use lodges and huts—just as spring was arriving. It would be more than three months before some AMC facilities and lodges reopened on July 1 with safety protocols in place. The eight high mountain huts remain closed through the end of 2020. Historically, eco-lodging stays have accounted for three-quarters of AMC’s annual revenues.

“From AMC’s standpoint, the closure of the huts has been a difficult thing for us as an organization,” says Vincent Spiotti, AMC’s director of lodging operations. “They represent a fair amount of our business in the summer, and really year-round.”

Spiotti says White Mountain hikers have had access to “stewardship services” like bathrooms and clean water at AMC’s high huts, however.

“It’s been hard, but in a lot of ways what we provide in the outdoors has never been more important.”

Numbers have been down for Crab Apple White Water rafting company, one of New England’s largest paddling outfitters. Crab Apple normally operates out of Charlemont, Mass., and The Forks, Maine, but this year the three-generation, family-owned business decided not to open up the Maine location for the season.

Crab Apple opened for the season on June 13 at the conclusion of “Phase One” of Massachusetts’ reopening plan, more than two months behind when it would normally begin taking paddlers out on the water.

Since then, business is down about 80 percent, Mooney says. “But part of that was our choice,” he notes, referring to the decision to focus the family’s energy on the Massachusetts location, instead of splitting resources between there and Maine.

The silver lining to the summer may be the positive response that Crab Apple has received from its guests. “They did great working with all the COVID rules. Everyone was properly distanced. We felt very safe,” reads one TripAdvisor review from August. “Everything was very COVID safe and well thought-out,” says another.

“People have been overwhelmingly thrilled,” Mooney says. He expects that the Massachusetts portion of the business will hit 40 percent of its capacity by Columbus Day, the end of Crab Apple’s rafting season. 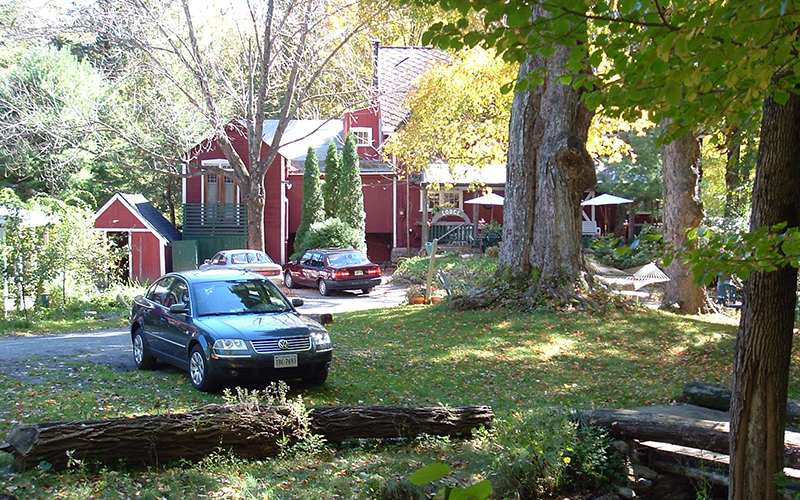 Todd Wickersty via Creative Commons by FlickrThanks to its owners innovating how they engage with guests, Race Brook Lodge in Sheffield, Mass., has made the most of a down year.

In tiny Sheffield, which sits in Massachusetts’ far southeastern corner, Race Brook Lodge is also making the most of a difficult season.

Though business has suffered compared to previous seasons, 2020 has been decent for the family-run lodge, says general manager Casey Meade Rothstein-Fitzpatrick.

Rothstein-Fitzpatrick says the lodge has reimagined the way it interacts with customers. Visitors who prefer to limit their contacts with others can completely avoid interacting with lodge staff, he says. Capacity is limited and management leaves a buffer day to fully clean the room between guests.

“We have something that people can benefit from more and more, which is really having a direct experience with nature,” Rothstein-Fitzpatrick says. “Being able to stay in a natural place, to hike into the forest and into the waterfalls, and connect with nature in a way that they might not have the opportunity to—and most people don’t have the opportunity to—in their everyday lives.”

Rothstein-Fitzpatrick says that he’s anticipating a “vibrant” October in the Berkshires, an area renowned for its fall foliage.

Shenandoah National Park is also well known for its autumn colors—which arrive a few weeks after Northern New England foliage—its campsites filling up quickly in the fall. Wayside Inn is back open in accordance with Virginia’s regulations and could see a significant boost to business this fall.

“You’re ’gonna have more families getting out of the city looking for something unique, interesting, relaxing,” says Rothstein-Fitzpatrick of Race Brook Lodge. “I think people are really going to want to be in nature more and more, and this fall in particular I think would be a great time for that.”