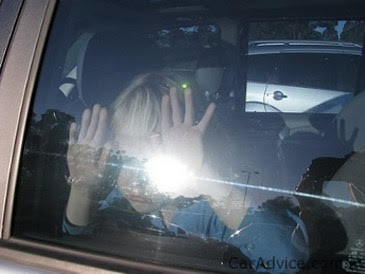 One in that latter category wasn’t even a report. It was a map showing four circles around areas in which children freely roamed on their own at age 8, one for each of four generations in one British family. The widest circle, belonging to the generation born in the early decades of the 20th century, was roughly 12 miles in diameter. The smallest belonged to the generation born at the turn of the 21st century: a mere 600 yards in diameter.

That map got under my skin, partly because it could have been the map of my own family. My grandfather, born a century ago, roamed many miles from his home as a child, nearly always on foot. My father, living in a Midwestern city, roamed just as far as a young boy using public transportation and walked up to 4 miles in any direction as part of his daily routines. At age 8, I lived in a newly constructed apartment complex in a different Midwestern city. The school bus I took every day traveled just-built thoroughfares four lanes wide. The school itself had also just sprouted up out of former farmland. My roaming was bounded by the new mall at the entrance to the apartment complex and the buildings where my friends lived. A few years later when we moved to a smaller town, I walked to school and to the park, about a mile each way.

And what about my own children? When I first saw that map, Ursula was 10 and Virgil was 6. How far did they roam in their everyday lives?

The short answer is only about as far as Edward Grant, the 8-year-old in the Natural England study who roamed just 300 yards from his front steps. We had our reasons for having Ursula and Virgil on a similarly short leash: no near neighbors to visit; a 40-minute drive to school; activities in towns 15 to 60 miles away. During the school week, we often didn’t return home until after dark. It shocked me to realize it, but without planning to, we’d made our children captives of the car.

Since then, we’ve established giving Ursula and Virgil more “room to roam” as one of our family goals. I’ve discovered that it’s easier to give them that space and freedom in town. The nearby college town where we do most of our errands and where the kids study in the library after school has become a good place to roam, even though we don’t live there. It’s taken work, both psychologically and in terms of our schedules. I need to remind myself that it’ll be good for the kids to pick up something we need at the store, or to buy a gift for a birthday party, on their own, without me. And I need to give them time to complete “walking” errands.

We’ve taken our goals on the road, too. We travel regularly to see family members and friends and have enlisted them in our efforts to give Ursula and Virgil roaming room. At Grandpa’s house, they take the dog on walks around the neighborhood. When we visit other friends, Ursula and Virgil join their kids on forays to parks, neighborhood stores, and schools. Just last month in one of those cities Ursula, now 13, made her first solo trip using public transportation.

It’s hard to put a name to what children get when they’re able to roam their communities. Eric Stones, longtime trip leader for AMC’s Connecticut Chapter, considers that it might be “maturity.”

Like me, Eric sees his own family story in the map from the British study — even more so since he grew up in England. “I was a big roamer as a kid,” he told me the other day. At age 7 he took public transportation to school; at age 10, when he got a bicycle, he regularly rode 10 to 15 miles along a fairly busy road to go to train yards (he had a special passion for trains), watch cricket matches, or meet up with friends. 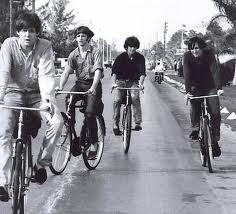 “Now I have a 9-year-old,” he said, “and I wouldn’t dream of having him do that.” What changed from Eric’s childhood to his son Roderick’s? Eric grew up in a small town with few cars; his son is growing up in suburban Connecticut. “I think suburbs are part of the problem,” Eric said. “There are no sidewalks here. I don’t feel comfortable with him walking along the road. The cars just whiz by.”

Eric’s sense that cars are faster now is borne out by numerous studies showing that most children today contend with more vehicle traffic and higher vehicle speeds in their neighborhoods than their parents did. “I’m not sure people have the same approach to time now,” Eric said. “People’s lives are so rushed and pressured. So instead of driving 25 miles an hour, they drive 45 or 50.” Like many other parents, Eric responds by keeping his son off the streets.

Like Ursula and Virgil, Roderick’s activities are spread out over a broader geographic area. “When I went to piano lessons, I walked,” Eric said. “We drive Roderick to piano and to gymnastics. But we’re traveling suburban distances. He couldn’t walk to those lessons even if he wanted to.” 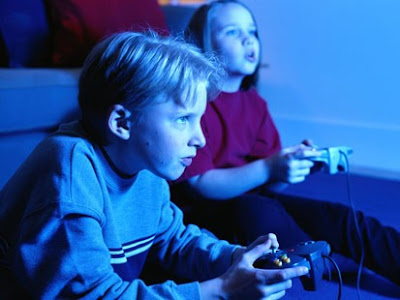 There are other changes. “I roamed because I didn’t have a TV.” Eric said. “We lived in a small house.” All his friends were outside, too. Together they played soccer in the streets, roller skated on the sidewalks, and rode bikes into town. As for Roderick? “I think computers and the Internet coming into homes made an even bigger difference than TV,” Eric said. Roderick has his own TV, Nintendo DS, and iPad. “He loves to spend time on those.”

Considering the benefits of roaming as a child, Eric thinks that he and his friends gained a lot of confidence and acquired a certain amount of savvy, too, about safety and limits and how to maneuver in the world. Even as a young boy, Eric was able to pursue interests in trains and photography that were not laid out for him by his parents. The time he spent outside led him to hiking and climbing. Eric considered his son’s experiences at a comparable age and said, “I don’t think he’s as mature as I was at his age because of the different experiences.” I would say the same of my own children.

What if we want our children to develop that maturity? We can work to make our neighborhoods and towns “room to roam” communities. In my next post, I’ll describe the steps some communities have taken to make childhood roaming easier and safer.

Learn more
– Read the first post in this series: “Room to Roam: Encouraging ‘Free-Range’ Children.”
– Read another post about Eric Stones and his family: “Out there on the trail, we’re together” (June 2009)