Free to Play: More on Unstructured Play for Children 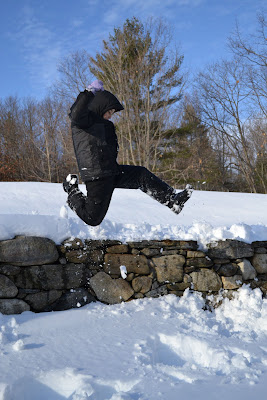 “Effort to Restore Children’s Play Gains Momentum,” trumpeted the headline on an article in The New York Times last week. I started reading the article, I’ll admit, with some professional skepticism — and some parental smugness, too.

Here were statistics that I’d found shocking when I’d first heard them: Children ages 8 to 18 spend more than 7-½ hours in front of a screen a day on average; nationally, only one child in five lives within walking distance (a half-mile) of a park or playground. But those numbers hadn’t changed in the past year, as far as I could tell. So where was the momentum?

The article described “a growing movement of parents to restore the sometimes-untidy business of play to the lives of children.” “My house is a little messy,” admitted one mother interviewed in the article. (My thought: Hey, Times reporter, come to my house if you want to see kids’ toys and costumes and art supplies underfoot.)

The litany of reasons children don’t play outside — or play on their own, inside or out — present and accounted for: heavier homework demands earlier in school, more lessons and organized sports, more technology competing for children’s attention, and parents’ attention, too. Check, check, check, and check, and not news. 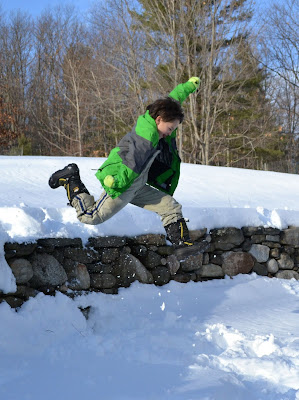 Then I read this sentence: “The average 3-year-old can pick up an iPhone and expertly scroll through the menu of apps, but how many 7-year-olds can organize a kickball game with the neighborhood kids?” All of a sudden, I didn’t feel so smug. Instead, I thought of Virgil, who at age 8 can discuss the relative merits of various video-gaming systems with his third-grade friends, but who has never even played kickball outside of school recess, much less organized such a game.

Free-form play and childhood games, the article reminded me, develop valuable social and intellectual skills. If Virgil organized that game of kickball — or kick-the-can, the game that I remember most from my childhood — he’d need to negotiate with his friends, set up and follow rules, solve problems, and work with the others as a team. 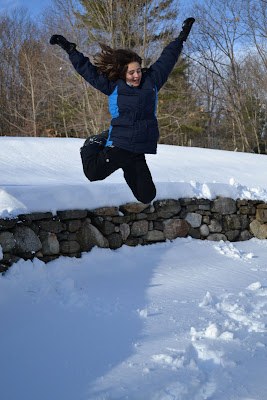 We have no neighborhood near our house, but Virgil recently invited a friend from school to spend the night. At first, the two boys only wanted to hunch over the gaming device that Virgil’s friend had brought with him. We took it away, and then we told the boys that they needed to go outside. They put on their snow clothes with little enthusiasm. I watched them wander about listlessly, heard Ursula shout at them to leave her snow fort alone. After that I lost track of them.

Then through the window I saw all three children jumping off our stone wall into snow drifts blown there by the most recent storm. The wall wasn’t high, and the snow wasn’t deep, but it was clear that their split seconds of being airborne and their snowy landings thrilled them. They were playing some kind of game, with rules that they shouted back and forth. It was clear to me, too, that they needed more of exactly this kind of play.

The rest of the article in the Times convinced me that the “free-play” movement is, indeed, growing. I’ve included links to organizations working on this issue that were mentioned in the article.

Learn more
• Read “Effort to Restore Children’s Play Gains Momentum” (New York Times, January 5, 2011)
• Read other Great Kids, Great Outdoors posts on unstructured play and the free-play movement: “Nurturing constructive boredom,” “After-school special,” “How much TV is too much?” “Rethinking playgrounds.”
• The Alliance for Childhood works to restore play to children’s lives through public education and research.
• The U.S. Play Coalition, identified in the Times as “a group of doctors, educators, and parks and recreation officials,” is holding a conference February 6-9 at Clemson University on the value of outdoor play.
• The playground nonprofit KaBoom! organized 1,600 “play days” around the country in 2010.