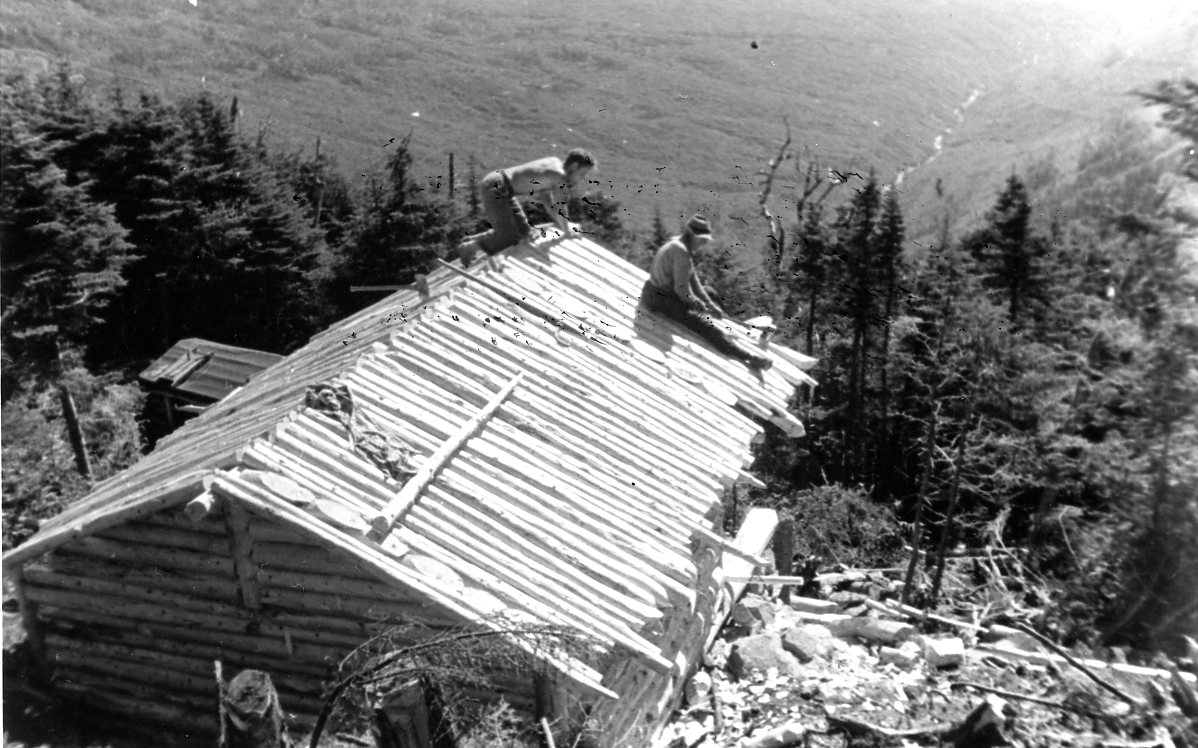 One of the most frequently visited shelters in the White Mountain National Forest will be out of commission this September. Guyot Shelter, which housed 3,513 guest overnights in 2018 alone, will be razed and rebuilt following years of accumulated damage from rain and snowstorms. With construction planned for the busy fall hiking season, the closure will mean backpackers must look for alternative accommodations.

“Guyot Shelter receives the highest use as a backcountry facility [of AMC’s 14 White Mountain- and Mahoosuc-area campsites and shelters] in the White Mountain National Forest,” says Andrew Norkin, AMC’s director of trails maintenance. “One day last year we had 141 overnight visitors at that site.” Norkin expects just as many, if not more, overnight hikers in 2019.

According to Joe Roman, AMC’s campsite programs and conservation manager, hikers are attracted to the remoteness of the Bonds—3 4,000-foot peaks south of the Guyot shelter along the Bondcliff Trail. With roughly 20 miles of hiking round trip to get to these peaks, the shelter allows hikers to split up an otherwise grueling day hike with an overnight option. “Guyot is so popular is because it is very difficult to do the Bonds in a single day,” says Roman.

Located between the remote New Hampshire peaks of Mount Bond and Mount Guyot, on the edge of the Pemigewasset Wilderness, the current lean-to-style log shelter can accommodate approximately 14 people, with 10 additional camping platforms, sleeping 4 to 8 hikers each, for those who carry their own tents. But Guyot’s rotting logs, dating back to 1977—the last time Guyot was rebuilt—have become a public safety issue in recent years, according to Roman. Since its original construction, Guyot has largely depended on a string of short-term fixes over the years, but after increased safety concerns and receiving funds from partners, AMC decided it was again time to rebuild the shelter from the ground up. AMC trail crews previously rebuilt the shelter in 1939 and 1977.

The replacement will be an exact replica of the existing shelter, with the same guest capacity, although the new structure will be located farther off the ground in an attempt to prevent wood rot. Thanks to approval from the U.S. Forest Service, as well as funding from the Appalachian Trail Conservancy, the National Park Service, and AMC donors, AMC will begin the project after Labor Day and intends to wrap up construction by the end of September 2019, depending on weather. John Ninigrer of Wooden House Company in Newbury, Vt., has been hired to rebuild Guyot—his fifth such project for AMC—using white cedar logs, which are naturally moisture-resistant. While the shelter will be closed during construction, the camping platforms and a nearby spring that serves as a natural water source will remain available to hikers.

Because occupancy will be limited, Roman suggests backpackers consider alternative remote hikes in the White Mountains, such as the Kinsman or Baldface ranges. For those who can’t change their plans, other accommodations are available in the region. Zealand Falls Hut is 3.1 miles northwest of Guyot Shelter, at the intersection of Twinway and Ethan Pond Trail along the Appalachian Trail. Galehead Hut is 2.5 miles northwest of Guyot on Garfield Ridge Trail, and Thirteen Falls Tentsite is another 2.6 miles from Galehead Hut, making a possible multiday excursion. Visit AMC’s website for more on the huts and other White Mountain campsites.

To minimize their impact, hikers should consider backcountry camping in the forest only as a last resort and should always follow Leave No Trace principles—including pitching tents at least 200 feet from any waterway, trail, or alpine zone. Camping in alpine zones, especially, is forbidden to keep rare vegetation protected. “Those [guidelines] are in place to prevent overuse of the resource,” says John Marunowski, the Forest Service’s White Mountain wilderness manager. Hikers also should make camp out of sight of the trail. “It’s not really part of the wilderness experience to [see] man-made objects,” Marunoski says. “It’s [hikers’] responsibility to protect the land.” Visit the Forest Service’s website for more on camping regulations in the White Mountains.

Lily Hartman is the editorial intern at AMC Outdoors magazine.