Hollywood Comes to the Appalachian Trail 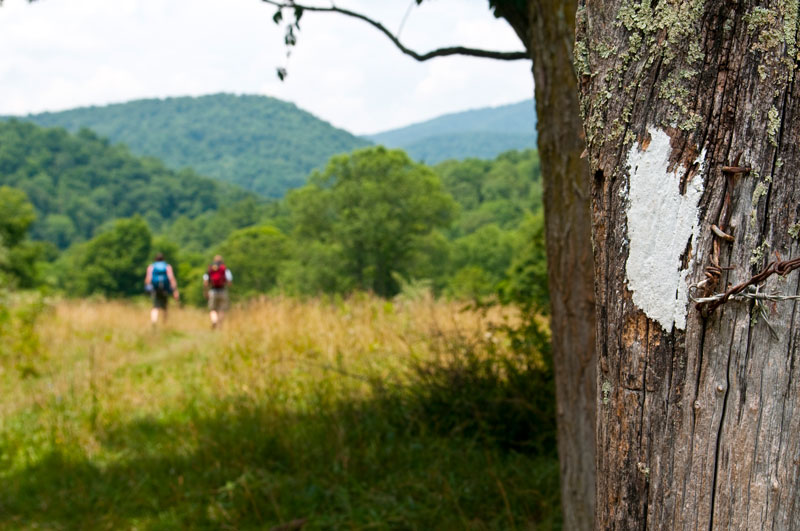 In the two years following the 1998 publication of Bill Bryson’s best-selling book A Walk in the Woods, in which he recounted his comical, mostly ill-fated attempt to walk the Appalachian Trail (AT), the number of thru-hikers who embarked on the northbound route from Georgia to Maine spiked by 60 percent. Fifteen years later, effects of the book’s popularity are still being felt.

“I don’t think a day or two passes that we don’t get a visitor here at the information center who doesn’t refer to the book as the spark that got them interested in the trail,” says Laurie Potteiger, the information services manager at the Appalachian Trail Conservancy‘s (ATC) Harpers Ferry, W.Va., headquarters.

Now, with the scheduled release later this year of a movie version, starring Robert Redford and Nick Nolte, the ATC, which manages the AT in coordination with the National Park Service and other agencies, is anticipating an even bigger surge in thru-hikers, beginning next spring. This past year, an estimated 2,500 northbound hikers started in Georgia, and a record number—640 were known as of January—completed the trek. The ATC is predicting as many as 4,000 thru-hikers in 2016.

“Numbers are one challenge, but behavior is really the biggest challenge,” says Hawk Metheny, ATC’s New England regional director. Most hikers begin their trips during a small window in March and April, and start from the exact same spot at Springer Mountain, in Georgia. This can lead to overcrowding at overnight sites, and put a strain on the trail in general. Metheny points out that novice hikers are often unfamiliar with the Leave No Trace practices that protect the trail and allow it to be enjoyed by all.

“We see more impact when the numbers go up, especially in the South. People are often overpacked and so they start shedding gear,” Metheny says. “They may not have experience in dealing with their waste, or properly storing food to prevent animal encounters, or protecting water sources.” In A Walk in the Woods, for instance, Bryson’s hiking companion ditched coffee filters and cans of Spam when he tired of carrying them.

The ATC is already preparing for the anticipated increase in traffic. It plans to put more Ridgerunners and caretakers out on the trail, especially in the South, to better manage overnight sites and provide information to hikers about best practices. They will also institute a voluntary online start-date registration on the ATC website, which would give thru-hikers the opportunity to see when their fellow travelers are starting out. “If people can modify their start dates by just a day or two, it would really help the flow,” Potteiger says. They will also be encouraging people to consider lesser-used alternatives to the popular northbound itinerary, such as “flip-flopping,” in which hikers break up their trip by beginning at the midway point and hiking north to Katahdin, before rejoining the trail in the South to complete the other half.

The publicity of a major movie could be both a blessing and a curse. One of ATC’s strategic goals is “broader relevancy,” says Potteiger, and the new film could bring the kind of attention and fundraising opportunities that the movie Wild has recently brought to the Pacific Crest Trail. But Potteiger says that the more important goals remain stewardship and protection of the trail. A primary challenge for the organization going forward, in an era of increased use, will be to practice regulation and oversight while still fostering freedom and self-reliance among thru-hikers on the trail.

Meanwhile, history has shown any crowds should thin out quickly. “We see a lot of people that have come into it and have underestimated the rigor,” Metheny says. “Four hundred miles into the trail, more than half have already dropped out….The first two or three weeks are really the test.”