How Many Hikers Carry the 10 Essentials? In New Hampshire’s White Mountains, Shockingly Few.

A new study out in the Journal of Wilderness and Environmental Medicine found that a mere 18 percent of hikers carry all 10 essentials—and that two of the most commonly forgotten items are perhaps the most crucial in a survival situation. 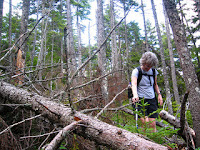 Here’s what the study revealed:

Which of the 10 were most commonly carried, and which were  most likely to be left behind? This chart from the study shows it all: 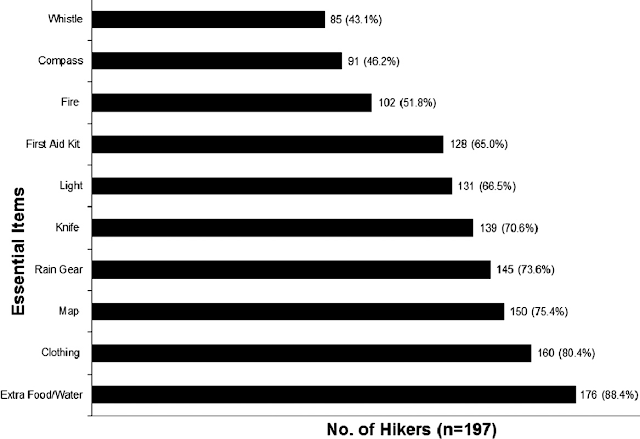 In general, I almost always hike with the 10 essentials—and strongly recommend you to do the same. But if I were forced to choose only a few items from the list to maximize my odds of survival in the event that I’m caught out after dark due to injury or unexpected delays, I would choose several of the items that were most commonly forgotten.

As I’ve detailed before in Survive or Die: The Difference May Be Only a Few Ounces of Essential Gear, those items would definitely be: fire starter, whistle, and heavy-duty trash bags, plus a headlamp to help find my way if I’m caught out after dark. With just those basics (and the knowledge of how to use them), you could 1) survive an unexpected night out if injury immobilizes you (fire for warmth, garbage bags for emergency rain gear and clothing) and 2) readily alert rescuers to your location (whistle).

To make it easy to remember these items—which are both inexpensive to acquire and compact in your pack—consider putting together a small survival bag that includes them. To help guide your selection of items, check out these recent posts and articles: