How Writing a Guidebook Helped Me Find My Way 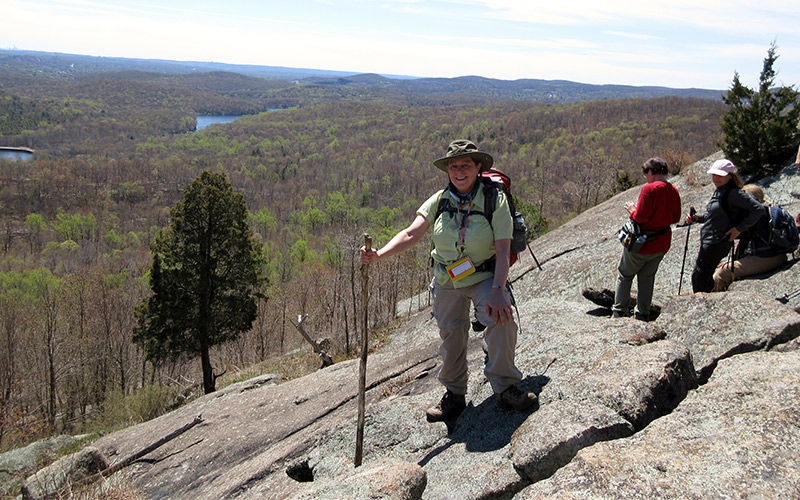 Writing AMC’s Best Day Hikes in New Jersey made me realize something: I had seriously underestimated both the state and myself.

I used to know New Jersey as a place of endless strip malls, clogged roadways with a sky-high congestion index, and foul-smelling stretches of industry. And then there was that fearsome bogeyman, the Jersey Devil, who still makes routine appearances everywhere from the Pine Barrens to the Garden State Parkway. No, thank you.

I also had some pretty unattractive notions about myself. For starters, I self-identified as a directional dummy. When reading a map, I would rotate the sheet—and myself—in every direction until we both were pointing the same way and then berate myself for not being able to translate what I was looking at into the actual world. (These issues are called lack of spatial ability and being hard on yourself, respectively.)

At unmarked trail intersections, I had a history of gladly deferring to my hiking companions. As for using a Garmin, help! How to even turn it on, let alone rely on its magical powers? I so feared losing the data I had collected that I eventually taped a square of paper over the “delete” button to avoid mistakenly pressing it at hike’s end.

And in terms of fitness, please. Everybody on the trail seemed to be faster than I was, especially the 70-year-olds, not to mention the 5-and-under set. I think there was even a box turtle or two that gave me a run for my money.

How could I, with these shortcomings, possibly determine which hikes were “best” in an entire state, find my way to them, navigate the trails to completion, and not only live to tell about the journeys, but to guide others via detailed maps, directions, and photographs? Why, oh why, did I say yes to this book? I was truly my own worst enemy.

But then I discovered something amazing. New Jersey’s roads may confuse and terrify. At first. Perceived personal shortcomings can limit. Initially. But perseverance, combined with practice, gets you off the road and onto the trail.

On each stretch of winding path, I discovered a penchant for solitude. With every mile of forest and shining body of water, I became increasingly grounded. After every correct turn, I felt like Isabella Bird, the 19th-century guide. (Look her up!) And instead of the Jersey Devil, I met friendly hikers who yielded the right of way.

Trail maps may not always be clear. But neither is my life map. Yes, safety is always a concern in the outdoors, even in Jersey, where civilization lurks comfortingly beyond the trees. But I don’t need to be afraid. I can do my research, trust my instincts, enjoy my own company, and make some wrong turns.

And you can, too. You might get locked inside a park after hours and escape only through the kindness of a ranger. You might hike in circles. You might break your headlamp just as darkness falls, far from home. You might never find the trailhead you were looking for, or you might discover the yellow trail is now blazed red. And you just might just find something you weren’t looking for: yourself.

A writer and yoga teacher from Yardley, Pa., Priscilla Estes has been an AMC hike leader since 1996.