Junior Naturalist: 4 cool facts about bats (and 1 scary one) 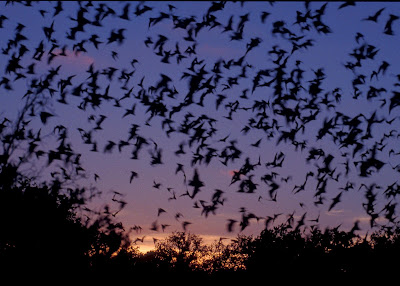 It’s almost Halloween, which means that construction-paper bats and pipe-wire spiders are going up in classrooms and on windows, and soon kids in all manner of frightening costumes will be going batty. It’s a good time to look at one of the things that go bump in our night.

– Bats are the only mammals capable of true flight. (“Flying” squirrels actually only glide.) Bats don’t have wings like birds. Instead, they flap the thin membranes between their spread-out digits, which act like fingers.
– There are more than 1,200 classified species of bats worldwide, nearly 20 percent of all mammal species.
– More than two-thirds of bats are insectivores — that is, they eat insects. Other bats eat fruit and a few eat fish.
– Then there are vampire bats: These natives of Central and South America feed on the blood of other mammals. They live in colonies in dark places such as caves, hunt only when it is fully dark, and use a special sense called thermoception to locate a good place to bite their victims, usually while the victim is sleeping. Vampire bats can survive only about two days without food, so bats in the colony that have fed regurgitate their meals into the mouths of bats that are hungry. 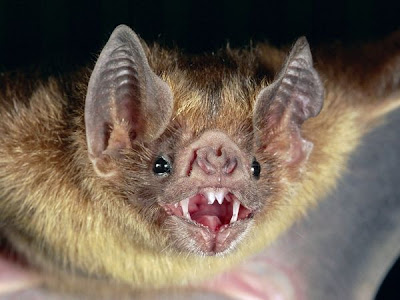 Now for the scary fact. (Yes, I know. You thought the vampire facts were scary.) Bats serve useful purposes for human beings, such as eating insects that can destroy crops and — especially here in New England — keeping down the mosquito population. But a mysterious infectious disease called white-nose syndrome has killed more than one million bats across the United States and Canada and wiped out entire colonies in many locations. Some species, such as the little brown bat and Virginia big-eared bat, are threatened with extinction.

Just this month, however, researchers proved that a fungus discovered in 2007 is responsible for the baffling disease. The fungus appears to interfere with bats’ immune systems during hibernation. Understanding how the disease is transmitted will help biologists develop remedies for infected bats and ways to protect vulnerable populations.