Will Bar Mitts Keep Your Hands Warm While Winter Biking? 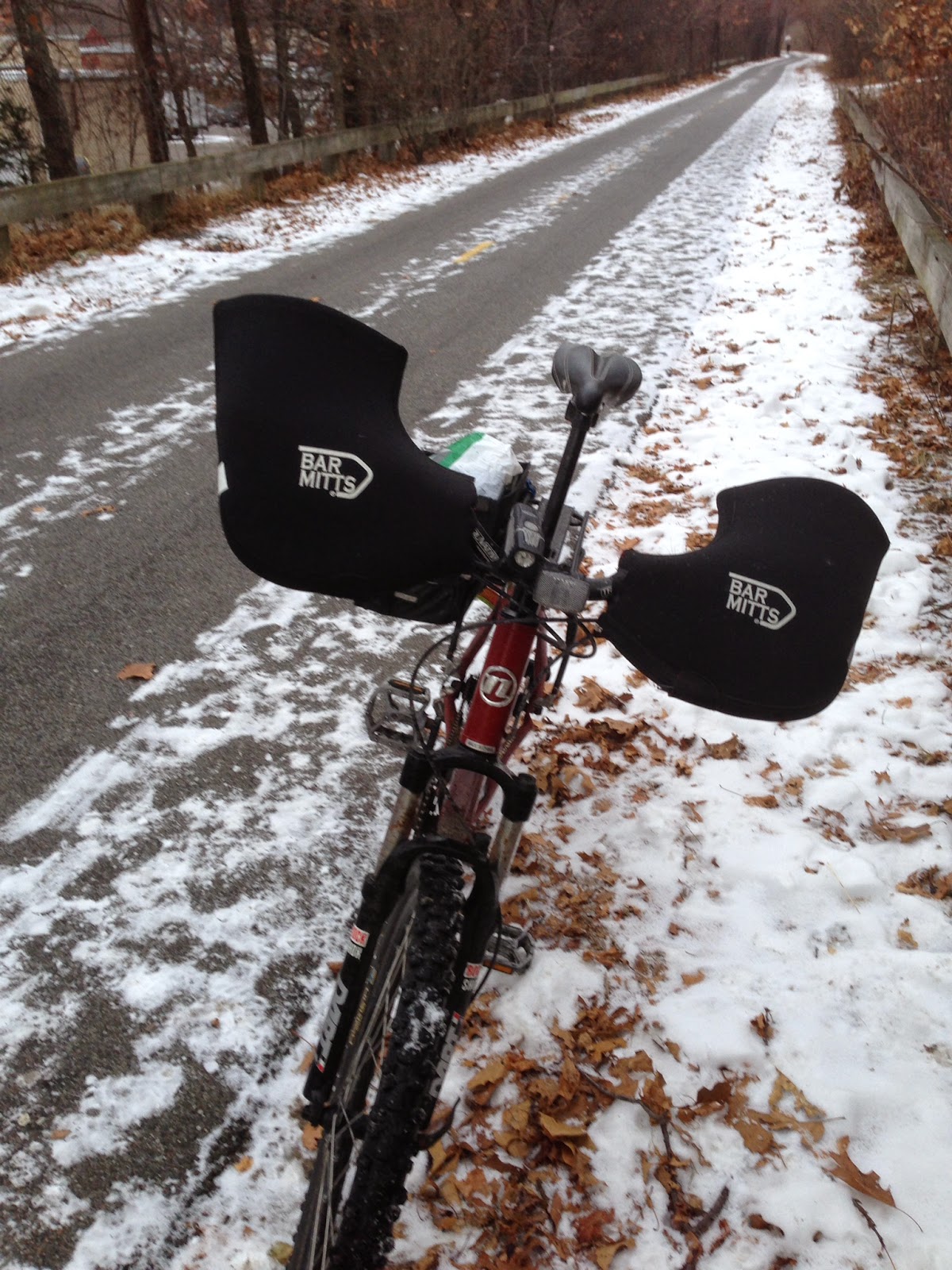 One of the biggest challenges of winter cycling is keeping your fingers from becoming icy popsicles of pain. Over a decade of winter bike commuting, I’ve tried multiple solutions—a whole universe of gloves, lobster claws, and mittens—and to date the best, warmest option I’ve found are Bar Mitts.

Constructed from thick 5.5mm neoprene, Bar Mitts fit over the ends of your handlebars and offer both insulation and protection from the wind and rain. Having used a pair now for two seasons, I can attest that they work exceptionally well and have kept my fingers reliably toasty in temperatures far below freezing.

I was initially concerned about two crucial things for bike safety. First, whether Bar Mitts would allow adequate freedom of motion to operate the brakes and gear shifters. And second, whether it would be easy to get my hands in and out for indicating turn signals while riding.

No problem on either count. Even with my giant, extra-large hands, even when wearing a moderately thick pair of gloves, I have ample room inside the Bar Mitts to work the brakes without hindrance. When it comes to getting my hands in and out, the stiff nature of the neoprene keeps them propped open for easy re-entry.

In terms of warmth, they easily provide adequate insulation down into the single digits, provided I adjust my gloves accordingly. For temperatures close to freezing, I’ve found a pair of lightweight liner gloves to be sufficient. When temps are closer to 20 degrees, I wear a thicker pair of windproof fleece gloves. And for temps in the teens and below, I’ve been riding with a pair of midweight lobster-claw gloves. (If it’s above freezing, I actually find them nearly too warm to use!)

A few other things to note about Bar Mitts: First, installing them is straightforward, but mildly difficult and time-consuming—it’s not something you want to do regularly. (Once I put mine on, they’re on for the season.)  Second, I have used Bar Mitts on the straight handlebars of my mountain bike, but have not had the chance to try the version for drop handlebars common to many road bikes so don’t have first-hand experience to gauge whether everything I’ve written above is equally applicable.

Bar Mitts are reasonably priced (around $50 on Amazon, depending on size and style).