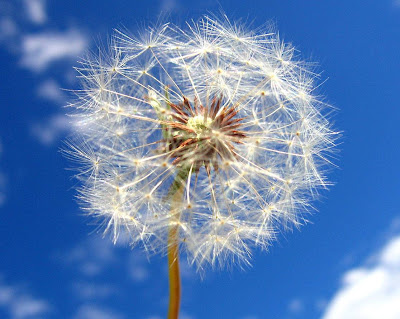 I watched a scary movie the other night. I don’t mean a psychological thriller or a gory combat film, although the movie offered plenty to trouble my mind and more screen violence than I’m used to seeing. The movie, “Play Again,” is a documentary; it asks the question, What are the consequences of a childhood removed from nature? Those consequences, both as lived out in real time by real teenagers and as played out into the future by experts, truly are frightening.

The film powerfully brings viewers into the digital, commercially produced worlds increasingly inhabited by teenagers. While a voice-over reminds us that U.S. teenagers spend an average of 7-½ hours a day in front of screens, we watch a young girl sitting cross-legged, staring straight at us as she plays a video game. The moviemakers cleverly place us as if we’re inside her game, overlaying a close-up of her angelic face and its rapt yet vacant expression with the action of the game that has her in its thrall.

A teenage boy controls the weapons of armed men horrifically gunning down people waiting in line to go through airport scanners. He and other boys speak about the power they feel when they’re inside the world of their games, and how “wimpy” they feel in the real world. The effect is chilling.

We watch a succession of young children quickly and easily identify a series of corporate logos: X-box, Apple, McDonald’s, Target. Then we see them struggle to identify pictures of common flowers. Confronted with one photo, a girl can tell the interviewer only that she think it’s a “plant.”

The director of “Play Again,” Tonje Hessen Schei, decided to create the documentary after hearing the statistic upon which that scene is based. In a research study, U.S. children could recognize more than 100 corporate logos, but couldn’t identity 10 plants from their own backyards. In the movie, the children aren’t even able to name a dandelion, seen in a photo in its wispy seed stage; the closest they get is calling it a “wish flower.”

“Play Again” makes a strong case for “green time” instead of “screen time.” Expert commentators and troubling statistics convincingly argue that while our children are learning to navigate a virtual world, they are losing crucial human connections to the natural world — and that these connections matter for them, for the health and well-being of society, and for the future of the planet.

The film brings its case home by following six teenagers from Portland, Oregon, who were picked for their “average” consumption of technology. These teens explain how much of their daily lives revolve around the use of cell phones, television, video games, and the Internet. We watch them “unplug” from their devices on a four-day camping trip, and we watch again as they struggle to maintain a “media fast” following the trip. One girl is close to tears as she tells a video diary, “You guys have no idea how hard it is for me to be sitting here while my show is playing [on TV].” Back home, several of the teens cannot make themselves unplug from their devices for even one day.

The case for nature is gorgeously made through wilderness photography and a lush soundtrack by the Icelandic band Sigur Ros and singer Kimya Dawson, whose songs appeared in “Juno.” The cinematography moved me, and the expert commentary was compelling; however, I wish the movie had delved more deeply into why we — parents as well as children — choose virtual over natural worlds. When I watched the movie a second time, I noticed the teens struggling with boredom, irritation, and frustration during their four-day camping trip. The filmmakers (and their surrogates, the trip’s young-adult leaders) could have explored this discomfort. Right there, the kids were grappling with an important truth about connecting to the real world, whether in a campsite or in a front yard or face to face with other human beings: It’s hard work. We see no parents, either, an omission that removes both part of the problem and a necessary part of the solution.

The film does address the question, though, of why we should care. In one of the more powerful commentaries, Charles Jordan of The Conservation Fund reminds viewers what’s at stake if children grow up removed from the natural world: “What they do not know, they will not protect, and what they do not protect, they will lose.”

The movie ends with a young boy blowing a dandelion. The camera follows the seeds, and the “Hopelandic” music of Sigur Ros soars with them into the sky, leaving this viewer, at least, offering up urgent wishes of her own.

Learn more
– “Play Again” has won awards at film festivals in Colorado, Prague, and Barcelona. The filmmakers hope to create a shorter broadcast version of the 80-minute film and are raising funds for an educational campaign that could accompany the film in schools.
– Like “Mother Nature’s Child,” “Play Again” will be screened in March at the Environmental Film Festival in Washington, D.C. March 15-27.
– Read an article about the film, “Teens try to kick high-tech addiction,” in The Portland (Oregon) Tribune.
– Watch a preview from “Play Again.”