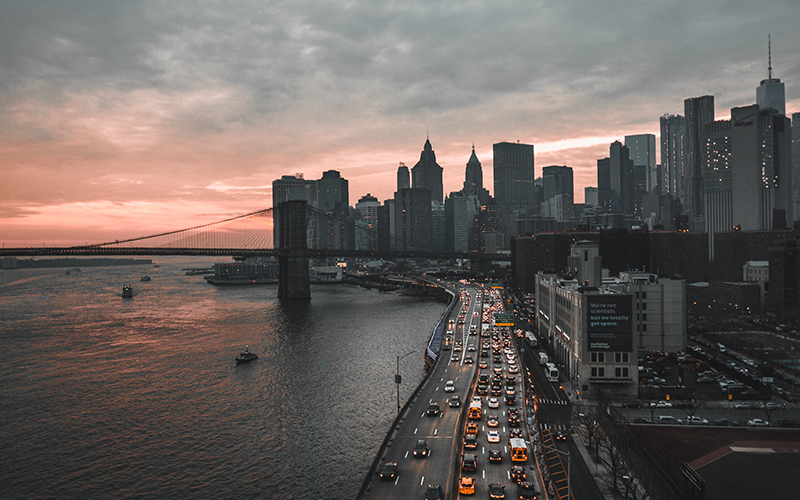 Alex Azabache from PexelsThrough the Transportation and Climate Initiative, states like New York would charge fuel suppliers for greenhouse gas emission allowances and reinvest it into green transportation alternatives.

A significant majority of voters in the Northeast and Mid-Atlantic want their states to take decisive action to combat pollution and expand clean transportation options through a regional collaborative, the Transportation and Climate Initiative (TCI), according to new polling from ClimateNexus Polling.

Between November 9 and 15, 2020, ClimateNexus polled 3,818 registered voters in the District of Columbia and 11 states—Connecticut, Delaware, Maine, Maryland, Massachusetts, New Jersey, New York, Pennsylvania, Rhode Island, Vermont, and Virginia—about their states’ investment in climate change mitigation and cleaner air. The poll was conducted in partnership with the Yale Program on Climate Change Communication. Seventy percent support their state or district participating in the Transportation and Climate Initiative (TCI), a regional collaboration of Northeast states and the District of Columbia that seeks to improve transportation options, develop the clean energy economy, and reduce carbon emissions from the transportation sector.

“By participating in TCI, states across AMC’s region will reduce health-harming air pollution and take a key step toward addressing climate change while investing in reliable, clean, and healthy ways to get around,” says Heather Clish, AMC’s senior director of conservation and recreation policy.

In recent years, transportation emissions have consistently been the largest source of greenhouse gas emissions in AMC’s region and remain a significant source of smog and soot—realities that exacerbate the climate crisis and affect visibility, winter recreation, and public health. Once the states finalize an agreement to collaborate and approve a framework, each state will set up its own detailed regulations. Broadly speaking, TCI member states would cap tailpipe emissions and require that fuel suppliers buy emission allowances that are limited by the cap. Each state would then reinvest those funds into low-emitting transportation projects and alternative transportation solutions, such as expanded options for catering to bicyclists, pedestrians, and public transit users, as well as electric vehicles and improved broadband service. Governors are expected to formalize their participation in the initiative through a final memorandum of understanding in mid-December.

A majority of those polled indicated support for reinvesting fuel allowances toward repairing existing roads and bridges, improving the reliability of public transit like buses and subways, expanding broadband access, and upgrading sidewalks for walkability and public health. According to the polling, voters are particularly interested in their states joining the Transportation and Climate Initiative as part of economic recovery efforts to combat poor air quality that worsens COVID-19 and to create infrastructure jobs.

As a member of the Our Transportation Future (OTF) coalition, AMC has submitted comments emphasizing the benefits of investing in active transportation and highlighting rural area transportation needs. TCI is modeled on the successful Regional Greenhouse Gas Initiative (RGGI), a program that has reduced carbon emissions from smoke stacks by 47 percent since 2008. AMC staff scientist Georgia Murray says the reductions accomplished through RGGI provided significant air quality benefits and economic investment in energy efficiency and clean energy.

“States working together to tackle carbon emissions has proven to be successful,” Murray says. “The Regional Greenhouse Gas Initiative resulted in significant decrease in power plant emissions and TCI can achieve similar results for the region’s car and truck emissions.”

“Examples of benefits from wisely investing the revenue—including investing with a focus on correcting historic inequities in transportation options—would be lower air pollution, a cleaner and equitable transportation system, and investments in biking and walking that can facilitate more outdoor time for residents across the region,” Murray adds.