Riddles to Hike By: Mysteries that Keep Kids on the Trail 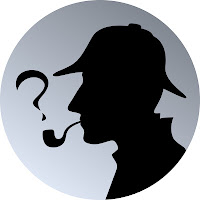 A man in a scuba suit is found dead in a forest. What happened?

I recently found myself trying to solve this puzzle while riding in a van driven by Joanna Lemmon, who works with AMC’s Youth Opportunities Program (YOP). We were on a trip with some colleagues, who immediately rose to the bait when Joanna posed the question.

“Was he murdered?” someone asked. “Was he poisoned?”

“Did he walk there?”

“Is it important that this is in a forest?”

Joanna answered simply “yes” or “no,” and we forgot about traffic for a few minutes as we asked more and more questions, trying to figure out the backstory.

Our response was just what Joanna has come to expect. As YOP’s youth adventures and logistics coordinator, she regularly uses mysteries and riddles to entertain and challenge young people on trips she leads.

“Most youth really get into the riddles, particularly when a few of the kids start to figure them out,” she told me later. “The group starts to get competitive and the ones that think they have figured out the riddle try to be ‘helpful’ without giving it away.”

I experienced the same thing years ago when I led trips with Project U.S.E. (Urban Suburban Environments) in New Jersey. I often distracted reluctant teenage hikers from their complaints about aching muscles or heavy loads by posing elaborate riddles that I had learned from other hike leaders, who knew that solving puzzles together provides great trail entertainment.

Joanna and the rest of the YOP staff have many favorites that were passed down from one leader to another in similar fashion, but they also keep several books in their Joy Street office that offer additional challenges. Two of their favorites are Five-Minute Mysteries and More Five-Minute Mysteries by Ken Weber, a prolific author who has written at least four other titles in the series. Similar books and websites also present puzzles that mix elements of the traditional whodunit (such as physical clues and red herrings) with logical challenges and even a little math.

Joanna also recommends simpler trivia, like the hiking ABCs game, in which each person must name an object in a category starting with the next letter in the alphabet. For example, if you choose the category “musicians,“ the first hiker names a performer whose name starts with A, the second hiker a performer whose name starts with B, and so forth, until you get to Z, and then choose another topic.

“I typically use riddles in the car to pass the time or, more importantly, on the trail when the group is feeling fatigued, in order to keep their minds preoccupied,” Joanna said. When hiking, “this is designed to engage the group and to get them to hike together so that they can hear the next person in line. It usually works pretty well.“

If you’re looking for a way to exercise your children’s minds while exercising their muscles, these sorts of puzzles may be just the thing. And if you’re still trying to figure out what happened to the man in the scuba suit, here are Joanna’s answers to those first four questions: No (said in a “well, not technically” sort of tone). No. No. And a strong Yes.