Snyder Brook: The AMC Land Conservation Project That Started it All 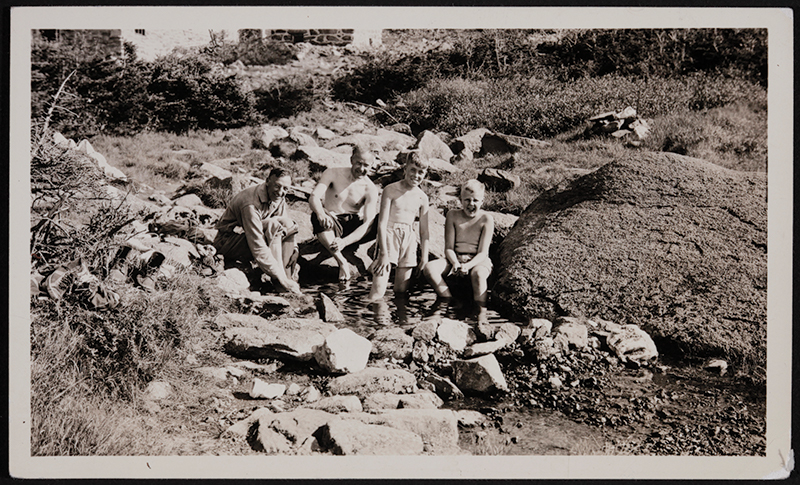 AMC Library and ArchivesA group of kids enjoy Snyder Brook in the early 20th century. AMC purchased the parcel in 1895 to preserve it, kicking off more than a century of land conservation work.

Protecting the Maine Woods has been AMC’s focus in this century, but did you know the organization’s commitment to land conservation goes back to 1895? That’s when AMC purchased Snyder Brook in the northern region of the White Mountain National Forest, and 2020 marks the 125th anniversary. The 36-acre parcel follows its namesake, as the stream winds about half a mile down Mount Madison, passing scenic Gordon Falls en route to Appalachia trailhead, near the Ravine House Historic Site.

The land was slated for logging before AMC intervened—a move that wouldn’t have been possible a few months before. AMC had only recently acquired status as a tax-exempt landowner in Massachusetts and New Hampshire, allowing the organization to purchase Snyder Brook in the name of forest preservation, with funds raised by club members. The initiative served as an early example of land purchase as means of protection, long before national parks and forests began doing the same under the Weeks Act in 1911.

By the 1940s, AMC had amassed nearly 1,000 acres of land throughout the Northeast before donating most of it to agencies such as the Society for Protection of New Hampshire Forests, states including Maine, Massachusetts, and New Hampshire, and the U.S. government. AMC turned Snyder Brook over to the National Forest Service in 1933, and it is still protected today, along with a majority of the 1,000 acres originally donated.