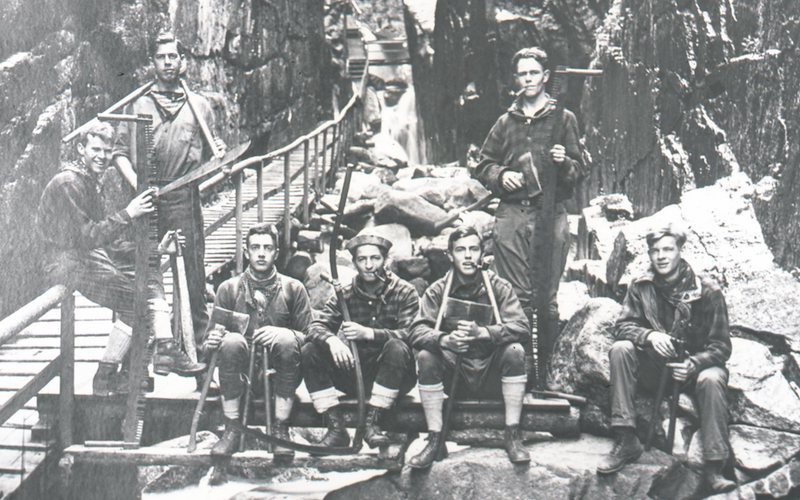 AMC’s White Mountain Professional Trail Crew celebrates its 100th birthday in 2019. Here are the milestones that have helped grow the AMC trail crew from a rag-tag band of volunteers into one of the preeminent maintainers in the Northeast.

Newly founded, AMC elects a councilor of improvements to oversee trail building and maintenance in the White Mountains.

AMC hires four Dartmouth students to work on trails for one month. Before this, local men were hired as needed.

AMC receives a special-use permit from the White Mountain National Forest to create a volunteer trail base at Camp Dodge.

A campaign launches to renovate Camp Dodge. When completed in 2020, it will serve as the new home of the pro trail crew.

Pros and volunteers care for more than 1,800 miles of trails throughout the Northeast and Mid-Atlantic, including nearly 350 miles of the Appalachian Trail in five states.