The Appalachian Trail with Kids, Wimpy Playgrounds, Free-Range Children, and Other Top Posts of 2012 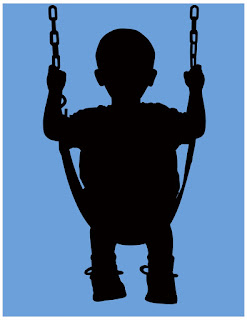 As we ring in the New Year, let’s remember “Great Kids, Great Outdoors” highlights of 2012: the posts that were read and shared most widely. I’ll start with posts that were written in the last 12 months, then revisit some classics from previous years.

10 Great Appalachian Trail Hikes with Kids topped the list this year. In this March post, Kristen Laine described 10 easy to moderate hikes on the AT, including routes in Maine, New Hampshire, Vermont, Massachusetts, Connecticut, New York, New Jersey, Pennsylvania, Maryland, and Virginia. Then she added three more, all near AMC huts or lodges. In another very popular post, she followed up with More Tips on Hiking the Appalachian Trail with Kids.

Is Your Playground Breeding Nervous Wimps? was the most-visited post I wrote last year. As the light-hearted title of the March entry suggests, I took a somewhat skeptical look at fears that today’s playgrounds are too safe, and asked the serious question of how to balance risk reduction (making play safer) with encouraging kids to explore.

Kristen’s February post, Room to Roam: Encouraging “Free-Range” Children, the first in a three-part series, provoked interest with its set of suggestions from writer Lenore Skenazy, who urges parents to let kids explore the world more on their own. Skenazy’s blog and book, Kristen says, “highlight the benefits of letting children roam, such as increasing children’s creative problem-solving abilities and independent thinking, and offer statistics to ease parental anxiety about children’s safety.”

Also popular was Kristen’s April review of Up: A Mother and Daughter’s Peakbagging Adventure. Patricia Ellis Herr’s memoir describes hiking all New Hampshire peaks higher than 4,000 feet with her daughter Alex, who completes many of the hikes at age 5.

Finally, in this blog Kristen and I each have sometimes explored our own outdoors family relationships. My thoughts about introducing my 3-year-old to organized sports, Signing My “Fairy Princess” Up for Soccer, Perhaps too Soon, from November, was the most popular of those posts in 2012.

Some of the most viewed posts of the year weren’t actually from 2012.

I’m glad to know that such series as the three-part “Early-Season Family Hikes,” from April 2011, with posts on the Whites, Boston, and the Catskills and Hudson Valley; the five-part “Fall Hikes and Rambles with Kids,” from September 2009, which includes posts on the Whites, the Berkshires, Connecticut, the Hudson Valley and the Catskills, and the Boston area; and “Teaching Kids Cross-Country Skiing,” from December 2010, are still being found and read.

Illustration and photo by iStock.