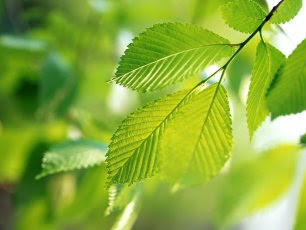 Driving back after dropping off Ursula and Virgil at circus camp this morning, I heard Richard Louv on New Hampshire public radio. Louv wrote the international bestseller Last Child in the Woods and gave us the term “nature-deficit disorder” to describe an epidemic of disconnection between children and nature.

Louv was on the radio to talk about his newest book, The Nature Principle. The book extends his discussion of nature-deficit disorder to adults — but, as described by Louv on the radio, it adopts a more hopeful tone than his previous book. Louv believes that the twenty-first century will bring a resurgence of human connection to nature.

This optimism surprised me, and surprised Louv’s interviewer, too. By way of explanation, he quoted the Rev. Martin Luther King Jr. (I’ll have to paraphrase here), who said that people cannot change unless they can see a brighter future. Louv said we need to think about what the future should look like: Do we want a dystopian, “Blade Runner”-type future, he asked, or do we want something else? He encouraged listeners to imagine what a nature-focused future would look like, for families and communities, for cities and nations.

Louv started describing the work being done in some cities to make nature more readily available to more people. He made a case for “button” parks, small green spaces people can “sew into” the urban landscape themselves. My mind, though, lingered on his earlier question. It felt like a challenge. What would I see in a world with better connections between humans and nature?

I’ve written here about my pleasure in living in the midst of wilder nature than existed in this small town when Jim’s mother was growing up down the street, and my gratitude that Ursula and Virgil have developed strong connections to the natural world. In my even better, nature-centric future, we would drive much less than we do now — not just our family in our rural community, but families across the country. We’d have shorter commutes so parents could get home to their children earlier each day. We’d incorporate nature into every school day and across school curriculums. Our roads would be safer, so more children could walk or ride bikes to school. Our governments would regulate chemicals and pollutants to protect us and the environment.

Louv and King were right: I felt more hopeful, even energized, after imagining that better future. What would you put in your better, nature-connected future?