The pleasure of gear 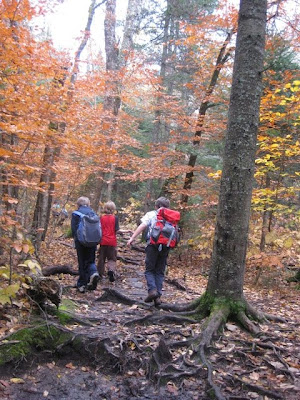 We’ve relied heavily on hand-me-down gear to outfit our children over the years. Uncle Rik and Aunt Susan from Washington State have kept the kids in fleece jackets and snowpants. Whenever we see friends Chris and Patty, they pass along cross-country ski gear that their girls have outgrown. Ursula’s downhill ski boots have another kid’s name up the side of the heel, Virgil’s pink snowshoes belonged to a friend’s daughter — and we’re grateful for all of it.

Outdoor gear is expensive. Kids sometimes grow out of footwear or clothing before they’ve used it even a full season. And if you want to ski, snowshoe, skate, paddle, hike, climb, and bike with your children using proper-fitting clothing and equipment, you’re either looking at regular outlays for new gear or looking for alternative supply chains. We’ve found them in the tradition of gear swaps, which are especially common around here for ski gear. And we’re lucky to have friends and family who pursue similar activities, and whose children are older than ours. Their gear flows down to our children, and we pass it along in turn to families with younger children. In fact, we take pride in how much we’ve been able to make the hand-me-down system work, year in and year out.

So this year, it was a big deal in our family when Ursula, at age 13, got her first new bicycle. When bike-riding season came around, it became clear that she was too big for the bike she’d been riding, and we didn’t have another hand-me-down in the pipeline. We decided to give her a new bike for her birthday. She went to a local bike store with Jim and carefully considered different types and models before settling on one. After they brought it home, she remarked on how shiny it looked compared to her old bike. “This is the bike I’ll probably take to college,” she said, and it took me and Jim a shocked moment to agree with her.

I remembered Ursula’s pleasure in her new bike when I was in an outdoor store earlier this fall. A red and black children’s backpack caught my eye, and I immediately thought, “Virgil would love that pack.” He didn’t need a new pack — he was just about ready for a hand-me-down from Ursula — and the one in the store window was not cheap. But I could imagine his pride in wearing a pack with his favorite colors; I could see him putting his sketch book in an outer mesh pocket, and zippering money or a pack of cards in a hidden compartment.

Yes, I bought it. And yes, Virgil was thrilled with it. Still, I was unprepared for one side effect of his new pack: He couldn’t wait to go hiking with it. He packed it and repacked it half a dozen times. And once we were actually on the trail, he took great pride in working the fasteners and straps, in how well it fit, and in how well everything he was carrying fit into it. I swear he stood up taller and walked faster and with more purpose, too — Virgil, the same child who normally starts asking right away if we’re there yet, the one we’ve had to bribe with M&Ms placed along the trail just to get him to walk uphill.

We aren’t going to stop accepting hand-me-downs. For one thing, we can’t afford to, not if we want to continue doing so many different activities with our kids outdoors. But I’m going to keep the lesson of the new backpack in the back of my mind. New gear, I’ve discovered, can be a powerful motivator. In some cases, despite the expense, that can be worth a lot.