The sugar maple is the iconic full-colors-blazin’ rock star of New England foliage. To find more of them on your next big foliage adventure, just take a look at this one simple map. (A few extra tips included as well.)

This basic map shows the major geologic provinces of New England. Simply put, sugar maples grow really well in the red area (the “Grenville Shelf Sequence” to be exact). They also like many portions of the orange area (the “Eugeosyncline Sequence”). They grow in most other colors as well, but their presence is more intermittent to spotty.

What’s the story? Sugar maples thrive in calcium-rich soil. Most bedrock outcrops in New England are poor in calcium, with the exception of the geologic provinces outlined above. What do these provinces have that others don’t? Marble and limestone, basically. (There’s a whole family of other geologic relatives, such as dolomite, in this broader category, but they all share one thing in common: a calcium-rich chemistry.)

Limestone is formed from the fossilized remains of a gazillion shallow-water organisms with hard calcareous (calcium-rich) shells. Way back in geologic time, far western New England used to be the edge of North America and was flanked by a shallow sea. Over millions of years, the underwater organisms died and formed immense layers. Time and pressure transformed it to limestone. More time and pressure turns limestone into marble.

As other lands collided with the continent, those limestone and marble layers got shoved up as ancient mountain ranges—the remains of which are exposed at the surface in western Vermont and Massachusetts, especially along the broad valleys just west of the Berkshires and Green Mountains.

For the best sugar maple hikes across New England, check out my article on Seven Great Sugar Maple Hikes in New England. 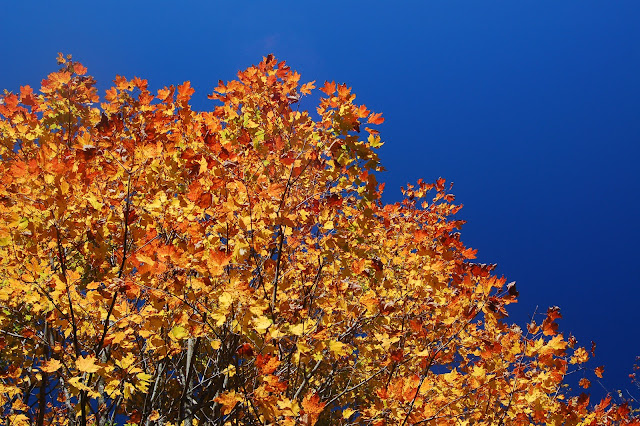