Weight of White Gas vs. Denatured Alcohol—Or, When Is an Ounce Not an Ounce?

What exactly is an ounce of fuel? The weight of white gas and alcohol is always listed on containers in “fluid ounces,” which is actually a measure of volume, not a measure of weight. More specifically, a U.S. fluid ounce is defined as 1/128 of a U.S. gallon. 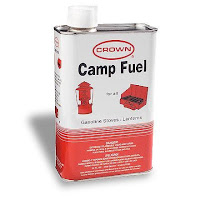 On the other hand, the “standard” ounce we usually think of is a specific measure of weight and defined to be 1/16 of a pound, or 28.3495 grams.

As you will remember from high school chemistry, liquids vary in density, which means that a gallon of one liquid will be heavier or lighter than others. Thus the weight of a fluid ounce also varies depending on the liquid in question.

Both white gas and denatured alcohol (one of the most common types of fuel used in alcohol stoves) are relatively low density and a fluid ounce of each weighs less than an actual ounce. Here’s the specifics: 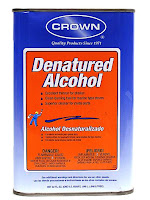