Pelican produces virtually indestructible cases to protect anything and everything from hard-core abuse. Now the company has introduced a line of urban backpacks designed to keep your laptop or tablet safe from the worst the world can throw at it. 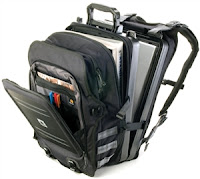 Pelican makes well over 100 different styles of cases, and has long been the standard for ultimate gear protection. If you don’t believe it, check out their “Torture Test” video (it’s on the left of their video page, near the middle of the second column), which shows Pelican cases being shot, run over, chucked overboard, and dropped from ridiculous heights—all without damaging the contents inside.

The Urban Elite Backpack series essentially takes a traditional waterproof, crush-proof Pelican case and builds a heavy-duty black nylon backpack around it. The hinged case nestles against the back and features a quick push-button opening mechanism (instead of the heavy-duty latches on most Pelican cases), which allows you to quickly access your electronics from the top. It’s rated waterproof for 30 minutes of submersion under 3 feet of water and even includes a pressure equalizing valve to prevent vacuum lock when flying or otherwise rapidly changing elevation. 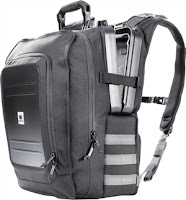 The Urban Elite Laptop Backpack (pictured above) accommodates standard laptops up to 15″ (Apple laptops up to 17″) and also includes a separate “impact-protected” compartment on the front for an iPad or other tablet. The pack itself offers 16 liters of storage (about 1,000 cubic inches), with several compartments for divvying up your urban gear. The Urban Elite Tablet Backpack (right) features a slimmer case profile and thus offers an additional 2 liters of pack space (about 1,100 cubic inches).

You pay a lot for this ultimate protection, both in price and weight. The laptop version runs $269 and tips the scales at a whopping 8 pounds. The tablet version is $230 and a bit less heavy, but still weighs in at nearly 7 pounds. If you’re not expecting your backpack to be run over by a semi-truck, you can also consider the simpler Urban Laptop Backpack ($125) or Urban Tablet Backpack ($99), which feature a rigid impact frame for protection rather than a full-on enclosed case. Compared to their brethren, they are featherweights (4.22 and 2.16 pounds, respectively).