When Should Kids Go Solo at a Ski Lodge? 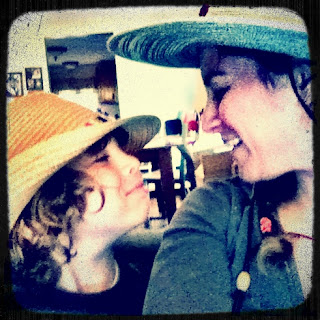 Writer Avital Norman Nathman recently wondered if her 6-year-old son was ready to hang out alone in a ski lodge. Would he be happy and safe with hot chocolate and an iPad while the parent who brought him skiing got in a last run for the day?

Norman Nathman wasn’t just daydreaming about her next winter trip; she was writing for the New York Times Motherlode blog. And her post got quite a reaction, with more than 100 comments in three days, all pretty much agreeing that 6 is too young.

But how old is old enough? And why does everyone else seem to care so much?

I caught Norman Nathman by phone while her son was at school, and asked her about free-range parenting, skiing, and other people’s judgments.

Q: What has surprised you most in the reactions to your piece?

A: Some people responded as if they hadn’t read the whole post. They seemed indignant: “How could she leave a 6-year-old at a ski lodge alone?!” I didn’t! That was the point, that my husband and I know he’s not ready yet. It’s important to be clear that free-range parenting is not neglect. We’re not saying throw them to the wolves and see how they do.

Q: How will you know that your son is ready to hang out alone in a ski lodge?

A: The answer is specific to the child, the parent, and the situation. What might be right for one 8-year-old might not be right for another. A ski lodge versus the backyard versus walking to a friend’s house—they’re different. I would wait until he’s old enough to not need supervision. He wouldn’t need an adult, or at least no more than another adult would. Instead of placing a goal age, we can check in during future visits and see if we’re all ready to take that step.

In the meantime, there are many ways to provide steps toward larger independence. The mountain our family visits is a small, local one, with a small ski lodge. My son already is comfortable going to the bathroom there by himself or popping into the cafe with some money to buy his own snack. I’m not much of a skier, to be honest, so on the rare occasions that I’ve joined my family skiing, I have usually ended up huddled by the fire reading a book. I’ve allowed my son to go outside and sit by himself on the lodge’s deck as he watches for his father to come zooming down the mountain. All of these small forays into independent behavior serve to prepare him for larger opportunities like being in the lodge by himself.

Q: In your post, you guess that your son might be ready to spend time in the lodge alone at age 8 or 9. Would you expect him to be skiing alone by the same age?

A: I wouldn’t send an 8-year-old skiing solo on a mountain. Two kids together? Maybe yes. It’s usually smart to go skiing with a buddy when possible–even for adults. Just like my son has to wear a helmet while skiing, another safety precaution involves having a friend along in case of an accident, getting lost, or other issues. The buddy system never hurts at any age when engaging in activities like skiing or hiking.

Q: You let your son play unsupervised in your yard when you are home. How do you see that as different from (or practice for) the ski lodge?

A: We live in a small city, near a restaurant, a liquor store, and a laundromat. There’s a lot of traffic. I set parameters for my son when he first started playing outside while I was cooking or something. I would say “You may play in the sandbox or on the sidewalk up to here,” and draw a line on the sidewalk with chalk. He was old enough to follow that. When something wasn’t going to boil over or burn, I could check on him. It’s easier to start with a modicum of independence in the front yard. I know my son is confident and comfortable there. It’s little steps, like walking to a friend’s or biking to a friend’s, that instill autonomy and self-reliance in our children.

Q: A few readers suggested that in their family, relatives would always be around so kids wouldn’t be left alone. What do you think of that idea?

A. It’s interesting that we sometimes rely on the blood relative rather than the neighbor. Some people choose family, some people create intentional community that offers the same benefits as a large extended family. We have a group of friends who get together for potlucks, and the kids can play outside while the parents take turns watching them. It allows your child some space without being hovered over by you. I remember when I was a child—in an urban area, not a cushy suburb—older kids would play hockey or basketball in the street, and other kids would bike or hang out, and the adults watched us from inside. If you needed something, someone would be there. We still had the ability to take care of our neighbors. Now it seems you have to work harder to build the community. My parents live one state away and my son is an only child, so he’s used to being independent.

Q: Some parents seem comfortable letting their child out of their sight only if he or she has a cell phone. What do you think?

A: Technology is great, so why not use it? But there can be a false sense of security when you rely on cell phones. There should be other parameters in place. Like, if there’s no signal, let’s meet at this place and this time. Kids should learn that skill of meeting in person to check in, not just calling or texting.

Q: A big element of your piece is about fearing judgment from other parents. What is the negative impact of those parents’ reactions?

A: To a degree, as long as I’m confident in my parenting choices and how they work for my family, it doesn’t matter what other people think. But when society starts to equate playing outside with child endangerment—like the mother who was jailed overnight for letting her kids play in their yard—the consequences are real. In the formula versus breast milk debate, no one’s going to take me away from my child, but if people equate free-range parenting with neglect, the potential negative ramifications are grave enough that it gives me pause. Sometimes when my son is playing outside, I hear people passing on the sidewalk asking him with concern, “Are you out here alone?” That’s usually when I saunter out with my lemonade and say, “How are you doing, honey?”

Q: How does your thinking on free-range parenting translate to children spending time in the natural world?

A: It’s all connected. I think we have to teach respect for nature, and its risks. When we hike with our son, we let him hike ahead a bit. Our children are not going to have our hands to hold all their lives. You want them to learn to rely on themselves, and that includes outdoors in nature.

Learn More
For more reflections on free-range parenting from this blog and AMC Outdoors, see “Preparing Kids to Take (Reasonable) Risks in the Outdoors.”