Winslow Homer’s Prouts Neck Belongs to All of Us 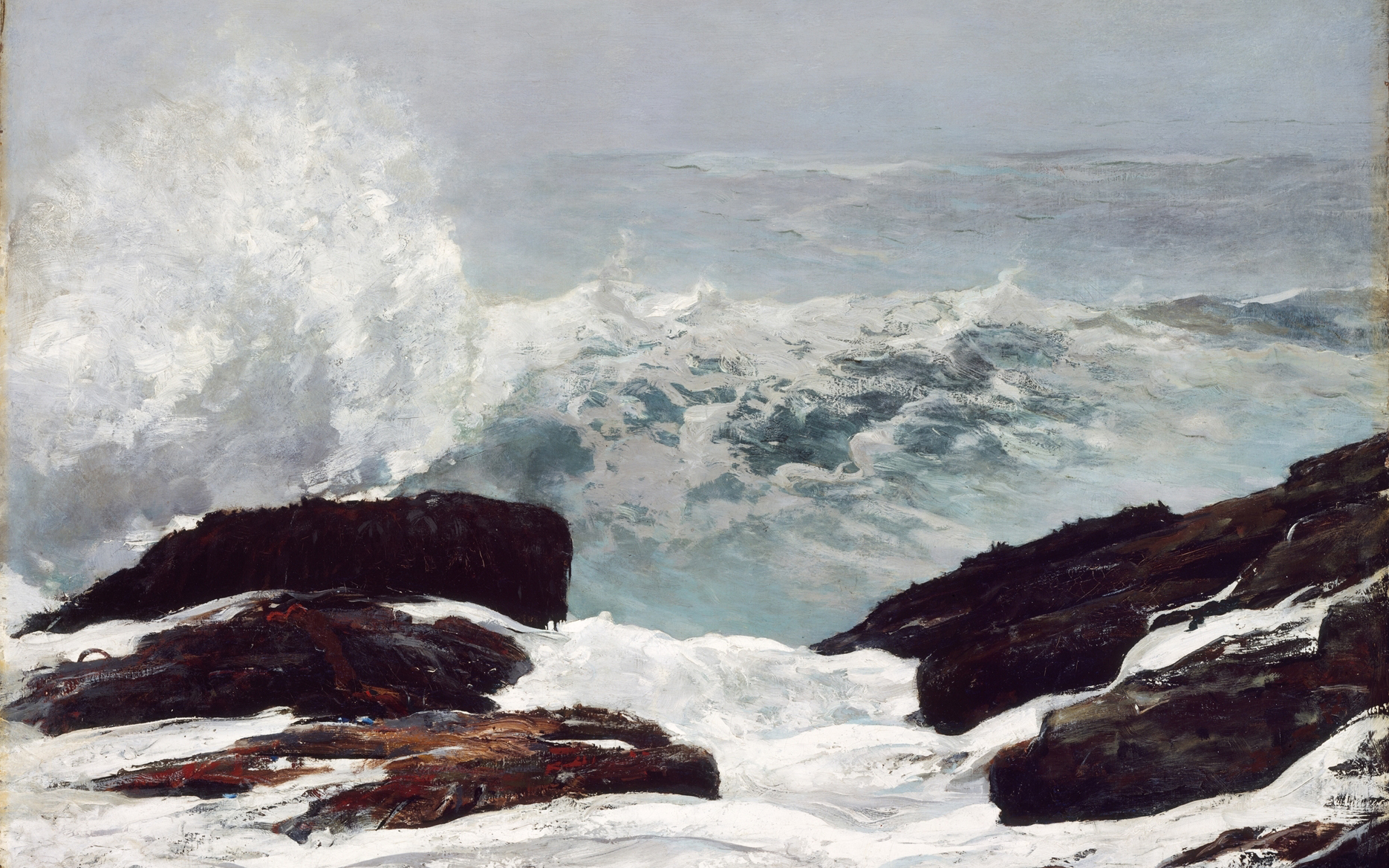 courtesy of metropolitan museum of art, gift of george a. hearn, in memory of arthur hoppock hearn, 1911Winslow Homer’s Maine Coast, painted above in 1896, is still your Maine coast today.

Homer, the famed landscape painter who grew up just outside of Boston, moved to the southern Maine peninsula in 1883, where he stayed off and on until his death in 1910. Many of his paintings were landscapes of the neck, officially part of the town of Scarborough: a thickly forested, bulbous peninsula rimmed with jagged cliffs, about 10 miles south of Portland. The neck is a classic example of Maine coastline, and I vividly recall describing it in one college journalism course as “the salty edge of the earth.”

As a Scarborough native, I grew up exploring the neck, toddling down its sandy beaches, eating lunches with my parents at Black Point Inn, and making my way around the entire peninsula via Cliff Walk, a roughly 1-mile, semicircular trail. From the walk, you can see historic architecture, including Homer’s studio, as well as beaches, rocky outcroppings, lobster traps, tiny empty islands, fishing boats on the horizon, and a variety of birds who call the island’s sanctuary home: sandpipers, plovers, whimbrels. And if you’re a fan of classic American literature, like I am, it’s not hard to imagine yourself as Nick Carraway, experiencing the dramatic East Coast for the first time, wide-eyed.

While Cliff Walk provides striking views of the North Atlantic, I’ve always found it special for another reason. It’s a stunning reminder that nature’s beauty belongs to no one. And to everyone.

See, while Homer’s studio is modest in size and appearance, its neighbors are not. The neck has seen the likes of the Rockefellers and the Carnegies: old-money, powerhouse American families who used to own summer homes there. Today’s residents include Glenn Close, the celebrated actress, and Roger Goodell, the NFL commissioner who built a hulking mansion there, just a stone’s throw from the sea, in 2011. I know what it looks like because I’ve seen it from Cliff Walk.

Although the community sometimes seems to exist in an elite vacuum (in a 2017 Wall Street Journal article, residents described it as “tribal,” with homes passed down from generation to generation; there’s no public parking; and the only operating business is a pricey hotel), Cliff Walk is open to everyone. There are no gates or fees. You’re as free as the rich families who call the neck home to enjoy its sights and smells, to go hunting for shelled creatures and twisted lobster traps between the ragged rocks.

And in my experience, at least, nobody cares. That’s the best part.

While murmurs surface online about neck residents, or Neckers, being less than polite to us non-Neckers, I’ve always exchanged friendly nods with anyone I’ve encountered on Cliff Walk. Maybe they lived there and belonged to a higher socioeconomic class than I did. Maybe they were about to hop off the trail and into their $120,000 Maserati. Or maybe they drove there, like me, in a Honda.

Either way, it doesn’t matter. We’re all there to enjoy one thing. Nature. It’s like pizza or the Beatles—something almost everyone can find beauty in and bond over.

If you’re ever in the Scarborough area, whether you have $10 or $1 million to your name, give Cliff Walk a go. You won’t be sorry. I recommend parking at the public lot at Ferry Beach, off Black Point Road. From there, it’s about 1 mile to the trailhead. If you see a small shed with a sign that reads, “Black Point Inn, 1919, Ocean Pump House,” you’re in the right place.

Angelo Verzoni lives in Boston, where he writes for NFPA Journal, the magazine of the National Fire Protection Association.