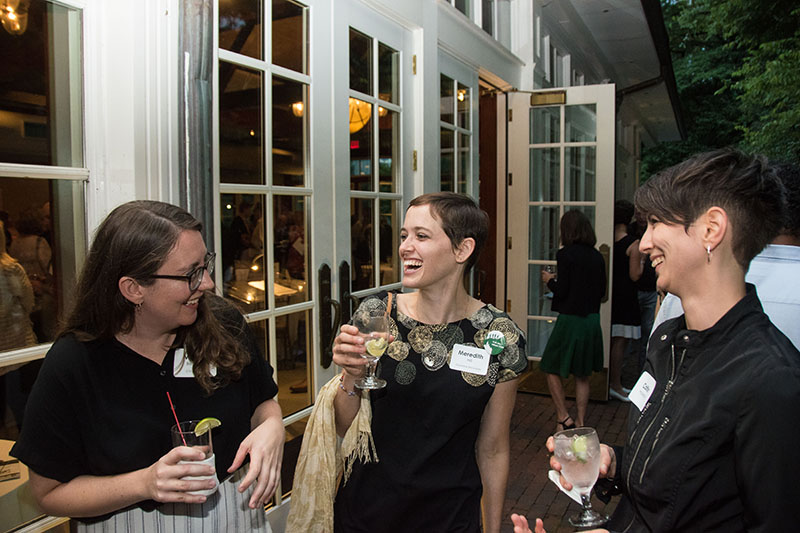 AMC’s Youth Opportunities Program (YOP), an initiative that ensures meaningful outdoor experiences for youth, closed out its 50th year with fall celebrations in New York City and Boston. The approximately 200 people who attended YOP’s New York celebration at the Central Park Boat House on September 20 were treated to gorgeous views and inspiring speeches from City College of New York president Vince Boudreau and YOP leader and teacher Julissa Llosa. In Boston, around 150 guests—some who were involved with YOP on its first day in 1968—gathered at City Square on October 19 to remember the program’s evolution and to plan for the future.

Mike Jones is AMC’s new director of conservation research, following in the boot-prints of Ken Kimball, who retired in July after a long and distinguished career. Prior to joining AMC, Jones served as Massachusetts’s state herpetologist and led research and conservation projects to protect endangered amphibians and reptiles across the commonwealth and beyond. He also worked in AMC’s huts from 1999 to 2011, including two seasons managing Lakes of the Clouds Hut, just below the summit of Mount Washington.

Thanks to the generosity of AMC’s members and funders, the $24 million Leadership Giving Initiative has already helped build the beautiful Medawisla Lodge & Cabins in Maine and Corman AMC Harriman Outdoor Center in New York, as well as expanding the trail network on conservation and recreation land in the Maine Woods. If you have not had a chance to contribute to this historic effort, which wraps up at the end of 2018, please e-mail AMC’s president, John Judge, or AMC’s chief development officer, Jennifer Norris.

On October 18, AMC trail crew veteran Bob Proudman passed away after a brief battle with cancer. At 16, Bob, or “Bobe,” as he was known on the trails, began working on one of AMC’s trail crews in New Hampshire. He rose through the club’s trails ranks, becoming AMC’s first full-time supervisor of trails in 1972 and co-authoring the first and second editions of AMC’s Complete Guide to Trail Building & Maintenance. In the decades that followed, Proudman served in various roles at the Appalachian Trail Conservancy, National Park Service, and the AMC Trail Crew Association—where he served as president from his 2015 retirement until his death. A steward and lover of mountain trails everywhere, Proudman will be missed.