Connecticut to Vote to Protect its Parks in November

Ballot Measure Seeks to Limit the Sale of Public Lands

AMC supports a ballot question in Connecticut that will ask voters if additional restrictions and oversight should be put in place before the State of Connecticut can sell or otherwise dispose of any public lands, such as parks, beaches, or natural areas.

Question 2 on the Connecticut ballot will require a public hearing and a 2/3rds vote by the General Assembly before the sale, swap or donation of state parks and forests, wildlife management areas and state-owned agricultural lands.

In 2018, as in previous years, Connecticut has looked at opportunities to sell lands that are under conservation to private developers to close gaps in their budget. One recent example was an effort to sell the Seaside Regional Center to a private developer. Seaside is a Connecticut State Park and any sale may permanently impact public use and waterfront access. AMC has consistently opposed selling public lands, and actively opposed legislation that would permit this sale under S.B. 252, “An Act Requiring the Sale of the Former Seaside Regional Center.” AMC also testified in support of the legislation that ultimately passed creating Connecticut Ballot Question #2. You can read more about Ballot Question #2 and see the language of the question on Ballotpedia.

According to Protect CT Public Lands, a non-profit created to advance this measure, state parks and forests in Connecticut attract more than 8 million visitors per year, generate more than $1 billion in revenue for the state and support more than 9,000 jobs every year.

If the ballot measure passes, it won’t be so easy to put Connecticut’s public lands in the hands of developers. Join me in voting YES on Question #2 in Connecticut on November 6th. 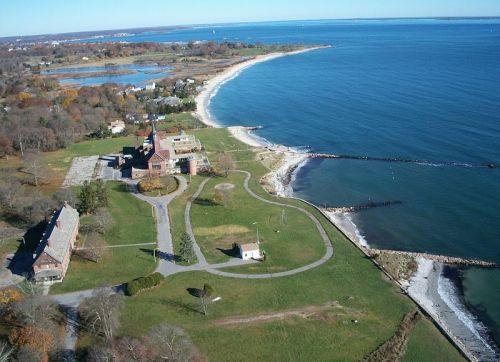 Janet Ainsworth serves on AMC's Board of Directors as the Mid-Atlantic Regional Director and is on the Connecticut Chapter Executive Committee where she is also a former Chapter Chair.