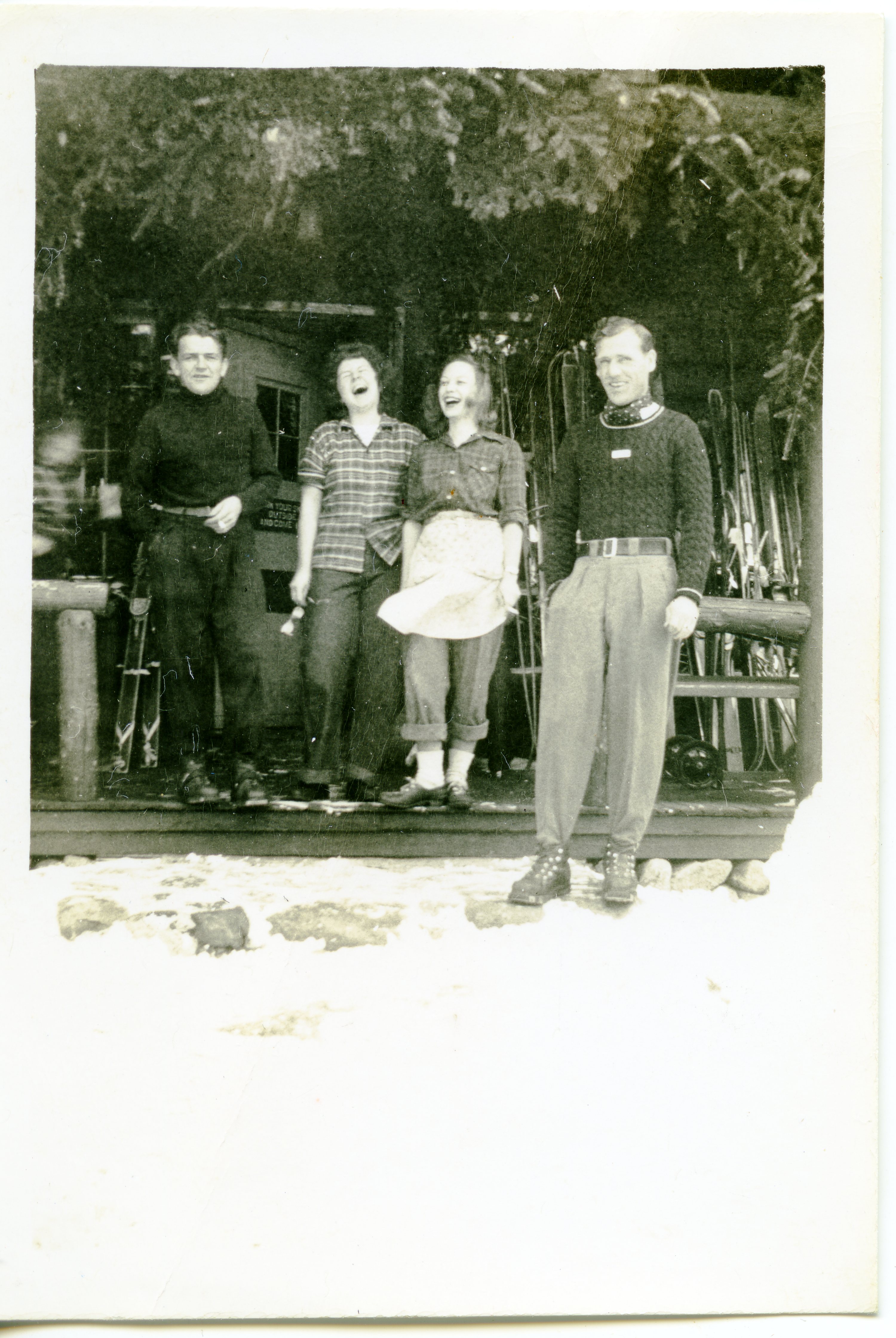 During World War II, women were entering the workforce at unprecedented rates. As men left their jobs to fight overseas, women were called upon to fill this labor gap. Between 1940 and 1945, five million women found employment in the United States. Many of these women took jobs in defense plants, factories, and offices – jobs that were previously only occupied by men.

Though they weren’t paid as much as their male counterparts, women found empowerment through a new sense of financial independence and self-reliance. The war opened up opportunities for women in a variety of industries, including the outdoor industry at AMC’s huts.

The second World War caused significant challenges for the Appalachian Mountain Club. Supplies were limited, fewer guests were coming, and the workforce was depleted. With so many men enlisting or being drafted, AMC faced a scarcity of labor and was forced to call upon women to fill job vacancies in their huts and lodges.

In order to work at the huts, women had to fill out a simple application. Jane Atwood Black applied to work at Pinkham in 1944. Growing tired of her desk job and frustrated by the working conditions, Jane yearned for something new. After a visit to her neighbor, Jane saw an article about Tomi Little who worked for an AMC hut and enthusiastically described the work the girls were doing in absence of the customary male crew, now off in combat. Though Jane didn’t know if she was qualified for the job or if there were even any openings, she was desperate to work in an outdoor setting.

The morning after she saw the article, she sent a letter to then manager of Pinkham Notch Camp, Joe Dodge. He responded very quickly, asking if she would “please answer the enclosed questionnaire, include a recent snapshot, and return all as soon as possible.” Shortly after sending her application, Joe informed her that she’d been accepted. She took the train from Boston’s North Station to North Conway, New Hampshire, and was greeted by Joe and the entire crew who were all lined up to meet her. The women who worked at Pinkham at this time were known as hutmen (F). 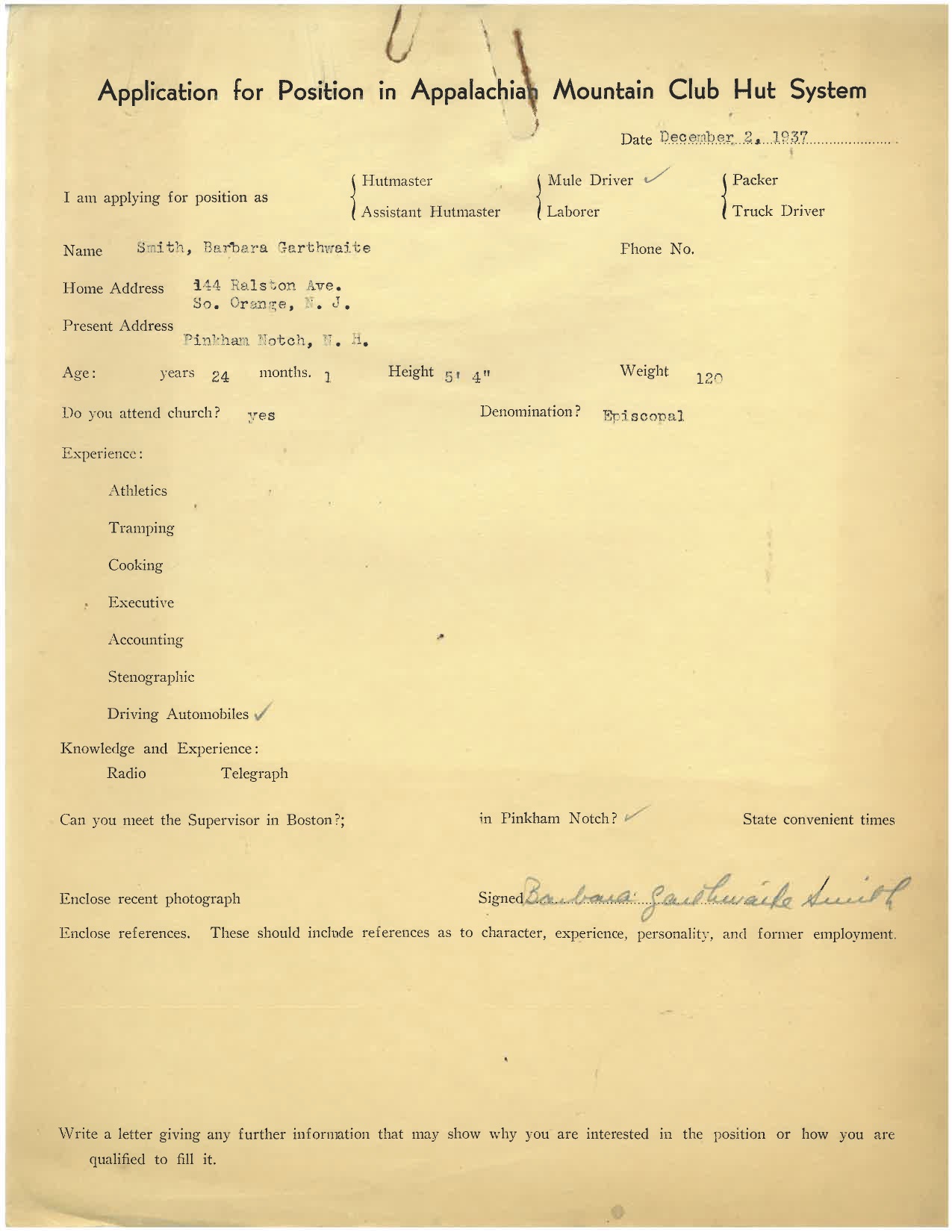 Though many of the women were nervous about infiltrating a historically masculine environment, there was a shared sense of camaraderie between them. Barbara Hull Richardson, one of the earliest female crew members, describes a conversation with Barbara Rowe, the first unmarried female member of a hut crew. Rowe argued, “now that Joe just cannot get men, we’ve got to show ‘em that girls are not entirely useless.” Barbara Hull Richardson set out to prove this. She made trail lunches, dried dishes, cleaned the main building, brought supplies from the storehouse, set the tables for meals and helped serve, helped with kitchen duties, did laundry, assigned rooms, answered questions, and became acquainted with other crew members. Barbara had a hand in just about every task, which was unprecedented for a woman at the time. People were generally skeptical about a woman’s ability to perform one task, let alone multiple tasks at once. Though Barbara was aware of this bias against women, she worked hard to prove her abilities. This was made easier by the presence of other female hut crew members and Joe Dodge, who Barbara found to be extremely supportive – Joe didn’t care about the gender of his employees, as long as they got the work done. 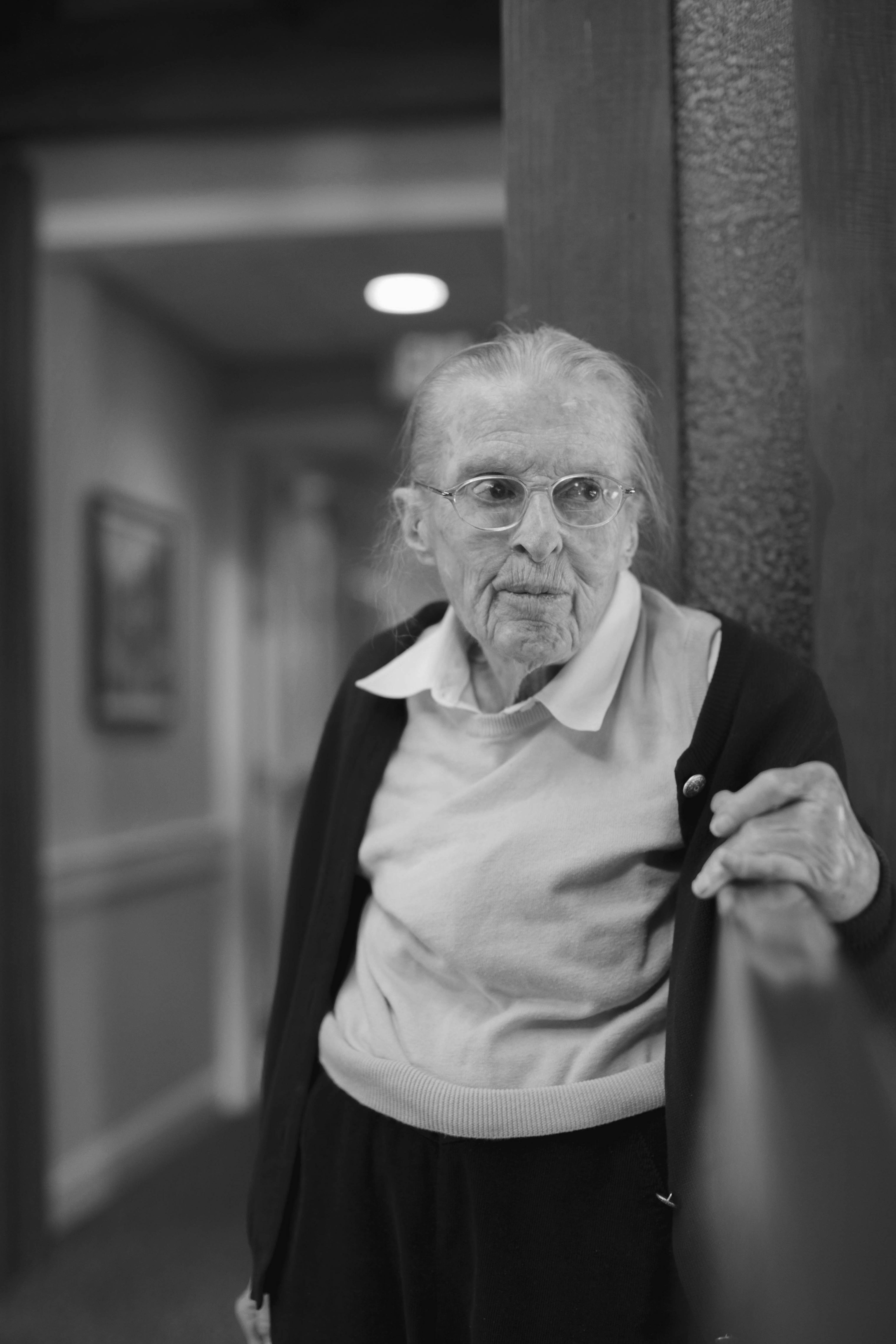 In addition to the immense work that the huts typically require, these women also faced unique challenges. One woman proved herself capable of facing these challenges was Calista Harris. In the 1920s, prior to the war, Calista visited Pinkham with her family and went on an extensive hike up Tuckerman’s to Lakes of the Clouds to Madison to the Glen House. When she returned to Pinkham to tell Red Mac (who was head of the huts at the time) about the day she had, he was in awe that a woman had completed a hike so difficult. He informed her that her hike was as tough as the ones the hut crews typically complete, “that trip is a hutmaster’s job, girl.” Despite Red Mac’s surprise, this trip would reflect Calista’s career at the huts. In 1945, she ran Zealand Hut with her husband, Slim Harris, where she continued to break gender barriers in the outdoor industry, and helped Zealand make it through its busiest summer to date – all while adapting to the challenges posed by the war.

The war also brought several challenges that AMC had never faced before. Zealand Hut experienced an influx of visitors in 1945 because Joe Dodge had shut down three of the other huts to avoid having to ration food. He believed that people couldn’t be expected to hike unless they had good food, so he allocated his resources to a select few locations. In addition, trails in the Pemigewasset Wilderness were finally reopening after the disastrous hurricane of 1938. As a result, Calista Harris and her husband were looking after more people than ever before – mostly people in their 30s and 40s who were not in the war (doctors, teachers, and ministers.)

Calista did most of the housework which included sweeping and picking up around the hut. She did the dishes every night, often enlisting the help of the visitors. This job was particularly tricky, because they only had eleven dish towels to dry dishes, and they had to make it through the entire summer with them because it was wartime and items were not easily replaced.

Calista Harris had to wash the towels every night and dry them either outside or over the stove. Her husband did most of the heavy packing and cooking because Calista had never cooked for such large quantities of people. However, this does not undermine her outdoor abilities. Calista would frequently scout trails by herself (or with other people) who would often ask her to slow down because she was moving too quickly. Upon reflecting on her summer at Zealand, Calista recounts: “I’ve never had such a summer in my life. It was just great.” 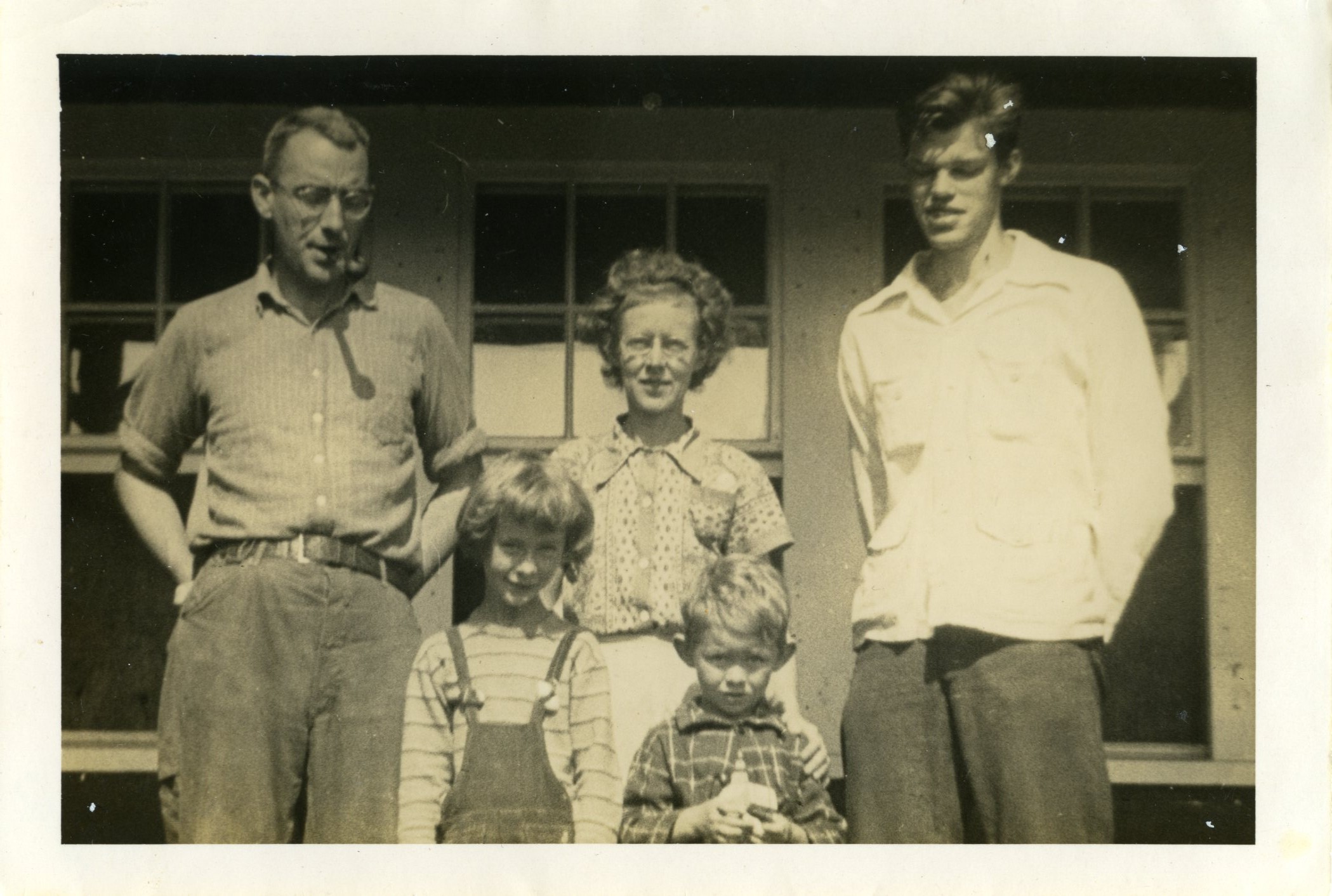 Though things gradually returned to normal at AMC in the late 1940s, one permanent change was women’s involvement in a realm previously dominated by men. The women who worked at the huts during WWII were incredibly influential and the legacy of these trailblazing women is still seen at AMC today. Beth Eisenhower (who was cousin to Dwight Eisenhower and worked at Greenleaf Hut during WWII) invented her famous stew, which is still served at the huts today. And in 1979, Lonesome Lake became home to the first all-female hut croo. 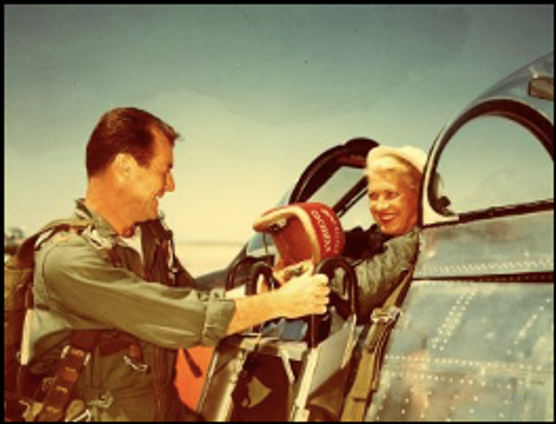