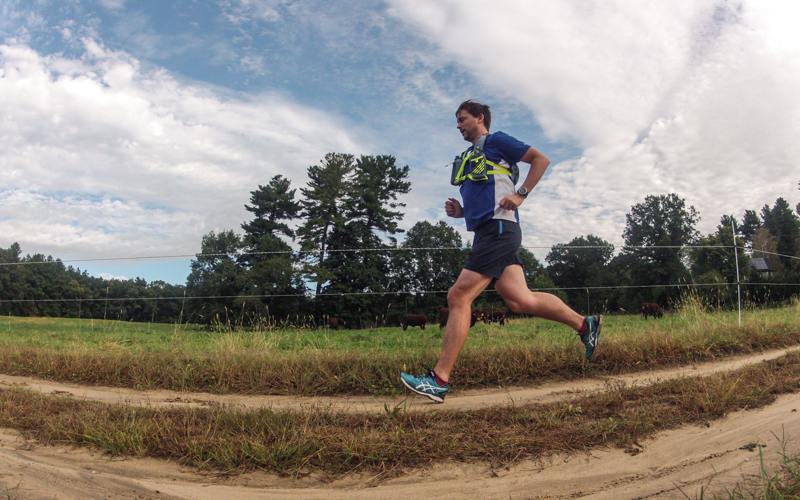 “Mount Misery” sounds like the site of an ultramarathon. Who wouldn’t want a “100 Miles of Misery” race T-shirt? But if such an event exists, it’s not in Lincoln, Mass., where Mount Misery is merely a hill: only about 100 feet high from base to summit on my GPS. And the trails around it? Not miserable at all.

Mount Misery is a small piece of conservation land amid a network of protected lands clustered in Lincoln and Concord (Walden Pond and Drumlin Farm are just two of its neighbors). Though the property spans just 227 acres, its main trail corkscrews to the top of the hill and side trails circle a working farm and pass through woodlands on the banks of the Sudbury River. There’s just enough space to roam for 4 miles or so.

On a recent morning, I parked at the trailhead on South Great Road (Route 117) and followed the Bay Circuit Trail (BCT) blazes north through the forest, skirting the hill, and eventually emerging at the farm. I ran a loop of the fields, watching cows graze and farmers sort crops. Then I headed back into the forest and began the spiraling ascent of Mount Misery. The hill itself must’ve once been agricultural land before the trees took over—a stone wall passes up its slope and a small foundation reveals there was once a structure here at the top.

I descended back to the BCT before heading to the western side of the property where the trees transition to wetlands on the edge of the Sudbury River. Then a sign, planted in the middle of a side trail, warned of hornet nests in the ground ahead. I doubled back to the parking area and, still wanting to extend my run further, headed south along the BCT. The trail parallels South Great Road for half a mile, to a canoe launch on the river. That’s where I turned around, but had I continued, the BCT crosses the street and passes down a private driveway toward more trails along the edge of Farrar Pond.

That’s the beauty of the BCT, which AMC manages as head of the Bay Circuit Alliance: it creates links between dozens of individual properties and trail networks, allowing hikers and runners to extend their adventures by following the blazes along roads, through neighborhoods, and, yes, even down the occasional driveway. Mount Misery’s main trail makes up just a tiny portion of the 230-mile BCT, which forms an arc around the Greater Boston area. That means if you do want that ultramarathon distance, all you need to do is follow the BCT blazes north from Mount Misery toward it’s terminus in Ipswich, or south toward Duxbury.