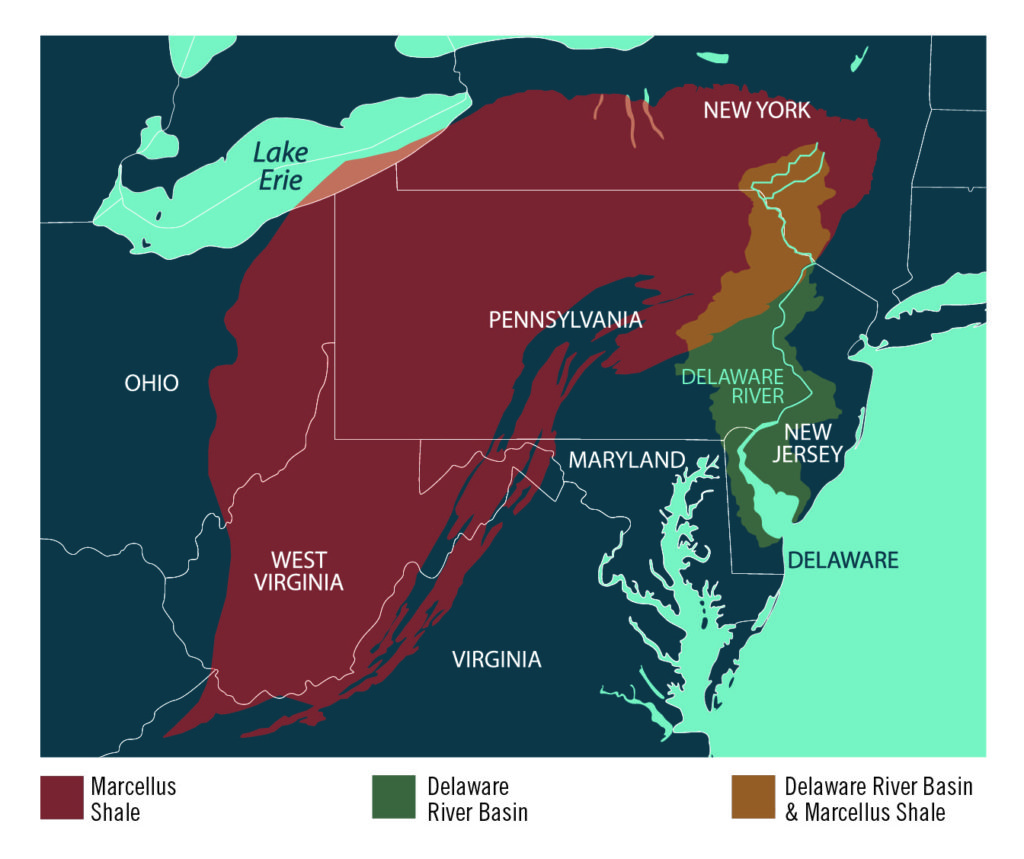 Northeastern Pennsylvania is on its way to officially becoming a fracking-free zone. In November 2017, the Delaware River Basin Commission (DRBC) released draft regulations that included a basin-wide ban on the high-pressure injection of water and sediment into the ground to release natural gas for harvesting. A public comment period ended March 30, and DRBC is considering feedback before scheduling a vote.

DRBC, which is overseen by the governors of New York, New Jersey, Pennsylvania, and Delaware, as well as a representative from the U.S. Army Corps of Engineers, prevented fracking over the past eight years by refusing to accept applications for drilling permits. “A de facto moratorium is not the way you govern,” says Mark Zakutansky, AMC’s Mid-Atlantic policy manager. “You govern by bringing together the best scientists and stakeholders and putting together the best regulatory program you can. That is what the DRBC has done here.”

Many environmental groups, AMC included, support the permanent ban of drilling in the watershed, especially where it overlaps with Marcellus Shale, one of the country’s largest natural gas formations. But other rules have been more controversial. DRBC has proposed selling water to fracking operations elsewhere, and regulating the treatment and redistribution of that water back into the basin.

Those stipulations drew the most concern from the public. But Zakutansky points out that without revenue from water sales and redistribution fees, financial resources for further conservation efforts would be limited. And wastewater could still end up in key bodies of water although without DRBC’s regulations, it would likely be untreated and unreported.

Some see the management of wastewater as a small price to pay for the much-needed fracking ban itself. “What would happen in 20 or 30 years when the frackers are gone?” asks Carol Collier, a former DRBC director. “You could get cracking in the pipes, which would allow trapped gas and water up to the aquifer. Who would detect that? Who would stop it?”

Katie Hill is a 2018 graduate of Boston's Emerson College, where she majored in journalism and minored in environmental studies. She interned for AMC Outdoors in spring 2018 and will spend the summer working for a guest ranch in central Wyoming.