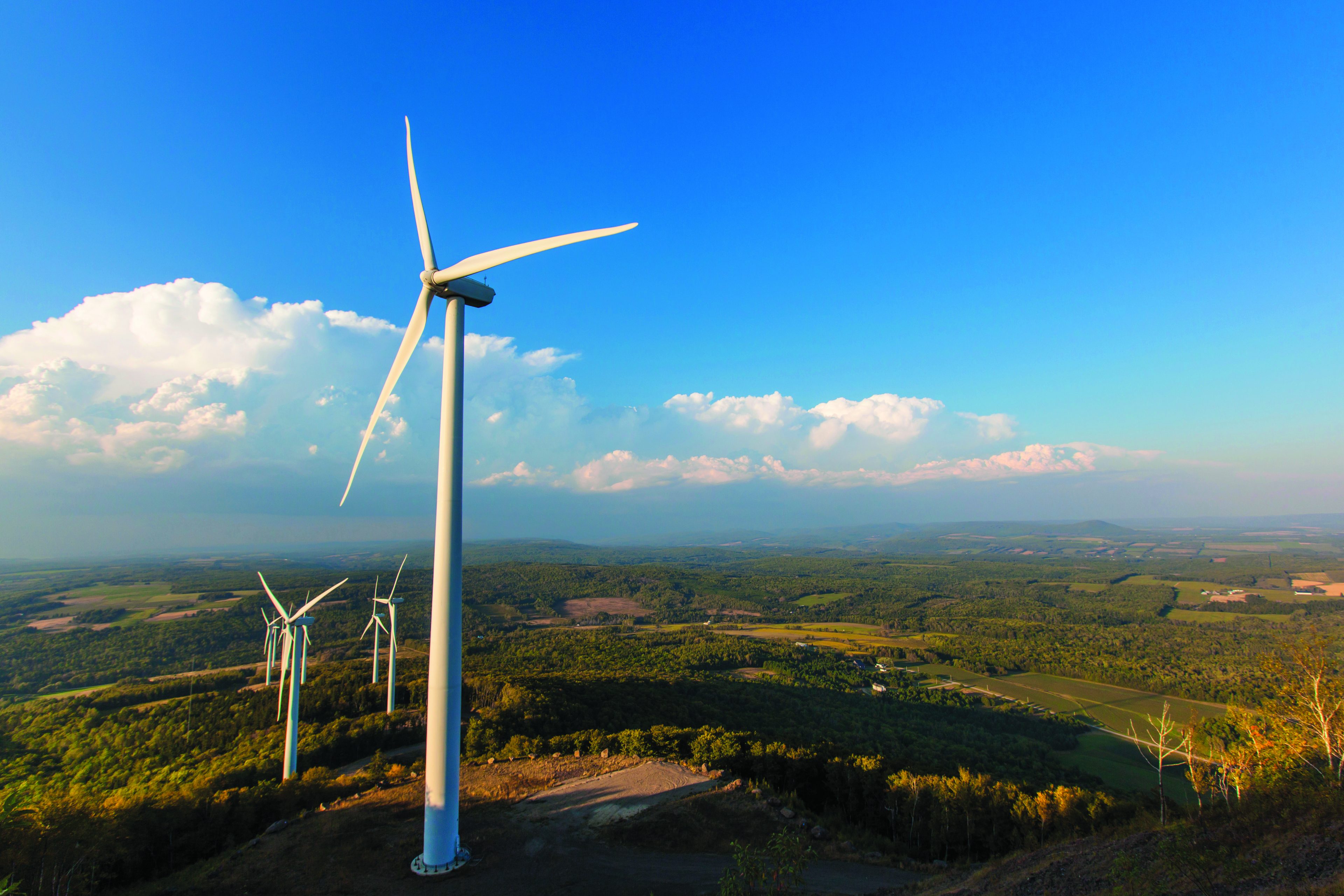 Danita Delmont / ShutterstockAMC’s research looks at the potential impact wind turbines would have on scenic views.

The Appalachian Mountain Club today released a new report titled The Impact of Wind Power Development on High Value Scenic Resources in Maine. This study, conducted by AMC Senior Staff Scientist David Publicover and Assistant Staff Scientist Catherine Poppenwimer, examined the extent to which certain scenic resources (mountain summits and great ponds) have been and may be affected by wind power development in the state. The full report and executive summary are available at https://www.outdoors.org/conservation/hot-issues/windpower, under Siting Research.

Wind power has emerged as an important source of renewable energy generation, accounting for 21% of the electricity generated in the state in 2017 and 2018. The fourteen existing grid scale projects include 372 turbines and span the state from Aroostook County to the Downeast and Western Mountains regions. Over the past decade there has been a significant increase in the size of turbines, from under 400 feet in 2008 to nearly 600 feet today. The potential for adverse scenic impacts has emerged as one of the most contentious issues facing this technology.

Permitting of wind power in Maine is governed by the 2008 amendments to the Maine Wind Energy Act, which enacted the recommendations of the Governor’s Task Force on Windpower Development established by former Governor John Baldacci. These amendments significantly changed how scenic impacts are considered during permitting of wind power projects. Within the “expedited permitting area” (encompassing about two-thirds of the state), consideration of scenic impacts is limited to a defined set of “Scenic Resources of State and National Significance,” and any impacts more than eight miles from a project are deemed to be legally insignificant.

The study evaluated a subset of scenic resources, including 59 “high value scenic resources” (28 open mountain summits and 31 large lakes rated “outstanding” for scenic value) and the 346 great ponds defined as Scenic Resources of State and National Significance (out of a total of over 2,400 great ponds in the state). It identified the number of existing projects within eight and fifteen miles of these scenic resources and the potential for future impacts from proposed projects and potential development areas. It examined the available literature on the visibility of wind turbines and reviewed permitting decisions to understand how these impacts have been evaluated by permitting agencies. It also conducted several viewshed case studies to identify the potential for significant scenic impacts beyond eight miles from hypothetical projects. It concludes with several recommendations for revisions to current permitting standards to allow for a fuller consideration of these impacts in certain situations.

“The results of our evaluation were somewhat surprising,” said Publicover. “Overall a relatively small proportion of the scenic resources we looked at had a project within eight miles. However, there are many more projects located eight to fifteen miles from scenic viewpoints. We recognize that in many cases these impacts would not be considered legally ‘unreasonable’. However, we did identify some situations where significant impacts to scenic values have not been or would not be considered under the current law. In addition, our review of the literature does not support the current standard that wind power projects should be considered ‘legally invisible’ beyond eight miles in all cases. Our recommendations would improve the permitting of future projects by ensuring that potentially serious impacts to the state’s most important scenic resources are adequately considered. This would increase public confidence that the proper balance is being maintained between the benefits and impacts of this technology.”

This study was undertaken as part of a cooperative project with Maine Audubon Society. Maine Audubon’s companion report Renewable Energy and Wildlife in Maine was released earlier this month.