Protecting Pollinators: How Bees, Birds, and Other Animals Keep Our Ecosystem Strong 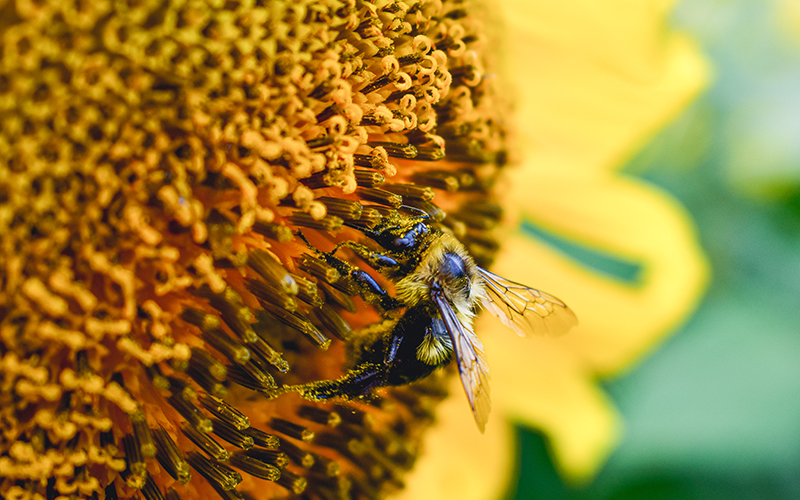 One of every three bites of food we eat comes from a plant that was pollinated by something. Despite their size, pollinators—those tiny bees, birds, bats, and insects that aid in the reproduction of plants by carrying pollen from one flower to another—are vital to the success of a healthy ecosystem.

“We’ve come to a point where we are highly dependent on pollinators, and if there was a drastic decline in a species we’d realize quickly how much that is,” says Frank Drummond, professor emeritus of insect ecology at the University of Maine.

The decline Drummond warns of is happening. Due to factors like climate change, the overuse of harmful pesticides, and a lack of places for pollinators to feed, scientists fear that we may lose this delicate part of our ecosystem, triggering a detrimental domino effect on plant production.

“It’s bad to begin with because not only is our food production reliant on pollinators, but much of the native vegetation is insect pollinated,” Drummond explains. “If you have drastic decline in pollinators, there’d be less abundance of certain plants, and plant reproduction would decrease.”

Part of the System

The most common and well-known type of pollinator may be the honeybee, but quite a number of other species aid in the plant reproduction process.

“Moths are really undersold as pollinators,” says Kent McFarland, founder and biologist at Vermont Center for Ecostudies. “Flies, butterflies, even bats in some parts of the world pollinate. When we’re talking about pollinator conservation, there’s really a big group of organisms involved.”

There are also more than 2,500 different types of bees that pollinate, Drummond adds.

For some plants, like most trees and strawberries, pollination occurs when the wind picks up the lightweight pollen particles and carries them from one tree to another. Unfortunately, once the wind picks up the pollen, there’s no guarantee that it will reach the same plant species. “It could land in a grassy area, for example. That’s why plants evolved to attract insects to distribute their pollen,” Drummond says.

In the case of honeybees, Drummond explains that they visit flowers that produce nectar, a common food source, and the “Christmas tree-like hairs on the bees pick up pollen along the way.” Most of the pollen the bee picks up goes to the plants, but the bees also bring the protein-rich pollen back to their hives to feed the larvae.

“Bee pollination is the highest level of animal vectored pollination because the bees get something out of it,” Drummond says. “Bees need that nectar for energy, so plants evolved to produce nectar and attract bees, and bees then evolved to use the pollen to raise their young.” 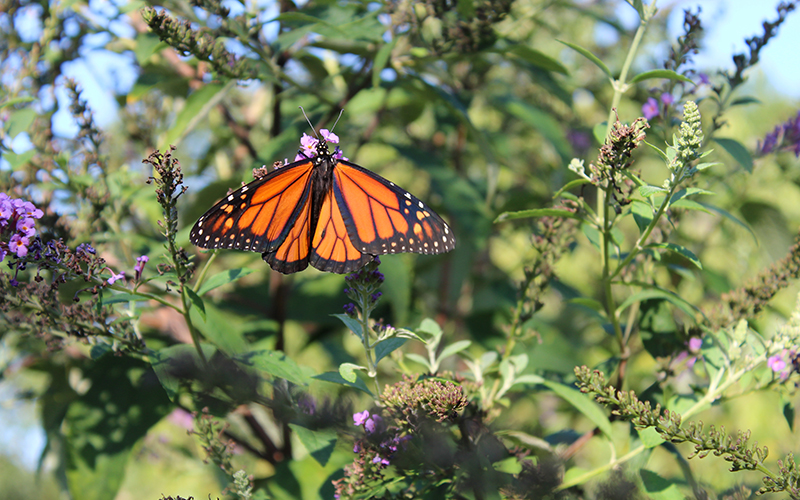 JOHN BARNARDPollinators include a long list of animals and insects, including butterflies, moths, birds, and bats.

Drummond and McFarland both emphasize that in their research in Vermont and Maine they’ve noticed a decline in pollinator populations, especially the honeybee. Unfortunately, it’s hard to pinpoint what the cause is; everything from land use changes, to pesticides, to lack of certain flowers, to disease and parasites  are thought to contribute to the decline. Add climate change on top of that, and it increases the stress on pollinator populations.

“Because there’s a multitude of factors, it’s really difficult to say ‘these are the causes,’ and scientists are just starting to collect meaningful data,” Drummond says.

Pesticide exposure is one threat that scientists are very aware of, but Drummond says the solution isn’t as simple as restricting the use of some more harmful chemicals. “Pesticides are designed to kill certain insects, so when bees come in contact with it, it’s usually in fairly low concentrations,” he says. “The pesticide may not cause rapid death, instead it might reduce egg laying by 20 percent, or shorten the lifespan of the bee.”

With more development in cities and suburbs, the plants that attract certain wild pollinators become scarce, eliminating access to a food source for those animals. In agricultural regions of the United States, dedicating land to just one crop may benefit the pollinators that crop attracts but will turn others away.

Parasites and disease are two issues more prevalent in bee populations and major concerns for scientists. McFarland says that honeybees will pick up diseases from certain farms and bring them to its nest and devastate the hive.

“We see honeybees as an agricultural crop,” McFarland says. “They are very important for certain crops, but the problem is honeybees carry a lot of diseases, and if not managed, that can spill over from farmed bumblebees to wild bumblebee populations.” 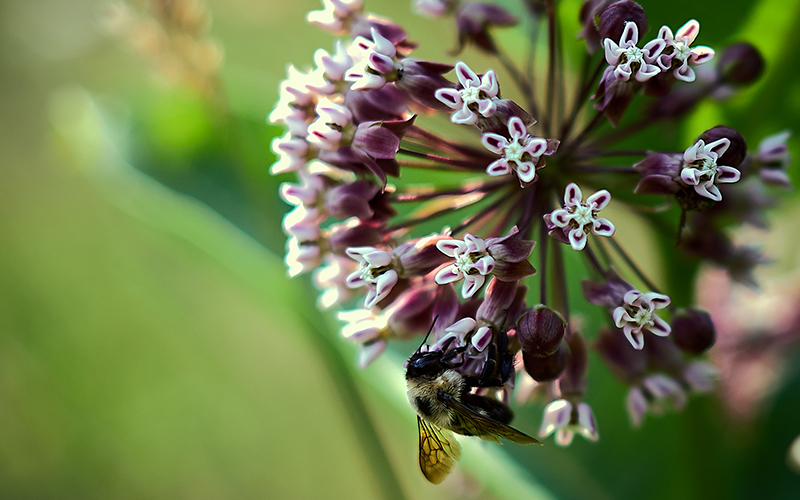 How Can We Help?

In 2014, the Obama Administration set up a Pollinator Health Task Force dedicated to creating a strategy that would help lessen the decline in pollinator populations and ensure long-term improvements. Part of the Task Force’s action plan called for an ‘all hands on deck’ approach, with suggested ways that the individual can help encourage a healthy ecosystem for pollinators. Under the Trump administration, easing restrictions to pesticide use and budget cuts to important bee population surveys have stalled much of the progress the task force made from 2014 to 2016.

There are still ways that individuals can help, though. McFarland suggests planting a pollinator garden in your backyard with a variety of native plants and other attractants that bees, butterflies, and other insects like.

“Some bees will travel several kilometers for food, so purchasing native plants for your garden helps. It’s also great to watch them and learn,” McFarland says.

Drummond suggests taking it step further if you have a lawn and allowing for more plant diversity to grow.

“People see a nice lawn as highly manicured with no diversity,” he says. “But studies show that if you have more plant diversity and mow your lawn less frequently, it can help.”

The flowers and shrubs we transplant in our yards and gardens can also harm pollinators, if they were grown with pesticides and insecticides that are harmful to pollinators, like neonicotinoids, which were banned by the European Union in 2018. As of January 2020, the United States still uses neonicotinoids, with guidelines imposed by the Environmental Protection Agency.

“You might go to a nursery and buy a flowering shrub that still has the pesticide in the soil,” he says. “Do your due diligence and see if it’s really an organic plant.”

The same goes for produce shopping. If possible, choose to purchase from organic farms that don’t use harmful pesticides—it’s not so much the organic apple that helps save butterflies, but instead you’re helping to support farms that are actively following practices for pollinator health.

“It doesn’t sound like much, but by slowing down just a little you can let some of the faster insects fly by,” he says.

And if you haven’t already, download the iNaturalist app and help scientists track pollinator populations in your area. Just take a photo and upload the information, and you’re helping with research, McFarland says.

“One thing I notice [when people get involved with pollinator gardens and other helpful solutions] is that they become fantastic observers, looking up the names of bees and insects they see on their flowers” Drummond says. “It really brings us back in touch with nature.”