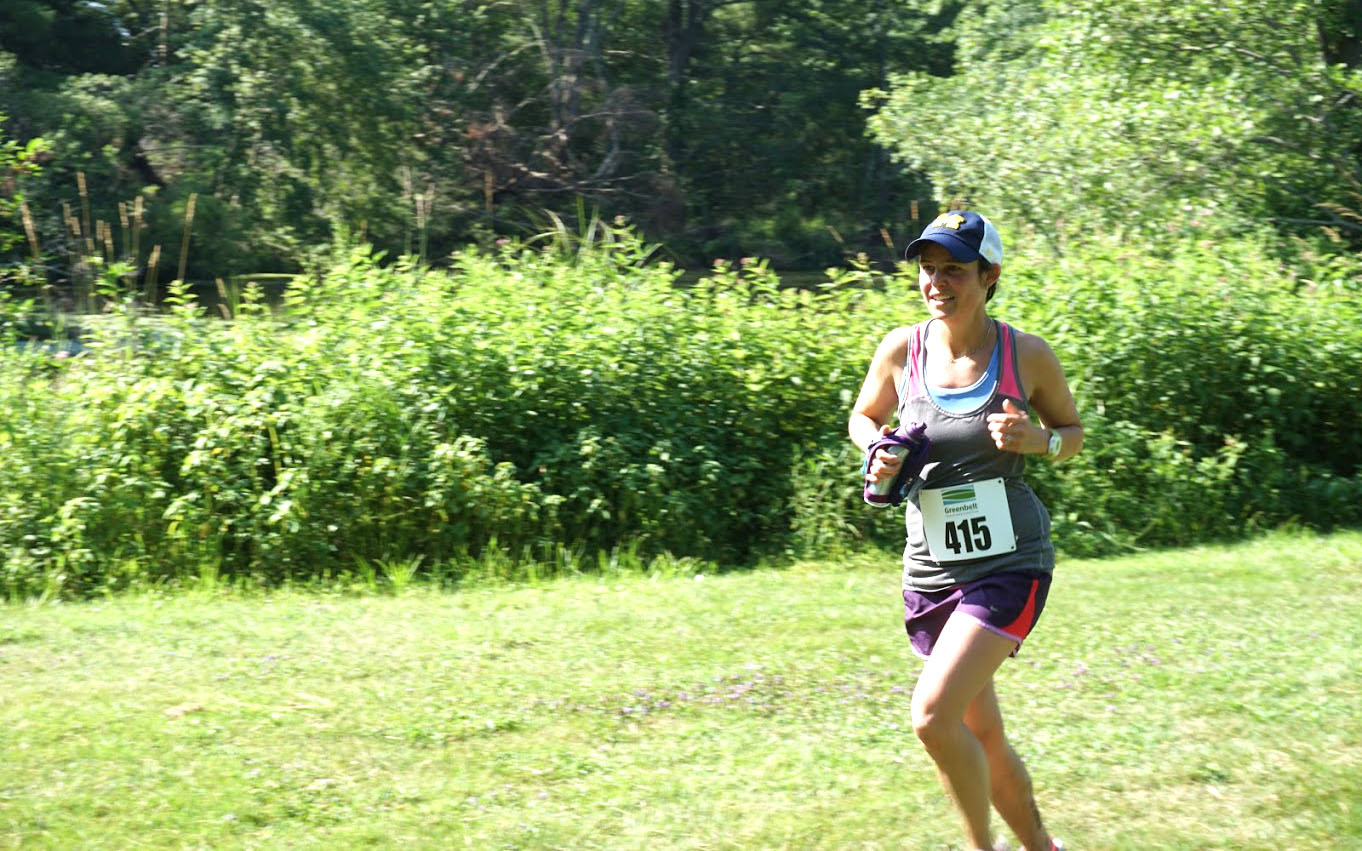 I hadn’t heard of Greenbelt, Essex County’s land trust, prior to registering for its Run for the Hills 10K trail race. As I darted along well-manicured singletrack and wide cart paths into the Pingree Woodland—formerly the Pingree Estates—I soon realized that the competition was as much a celebration of the land Greenbelt preserves and maintains as it was the tight-knit sport of trail running. From my 45 minute and 43 seconds of observation, I’d say there’s plenty to celebrate.

Pingree Woodland is in Hamilton, Mass., a bucolic North Shore town of fields, horses, and (I now know) great running trails, just to the north of Beverly. We park in the Pingree School lot, which is open to the public on the weekends. During the week, limited parking for exactly two cars is available at the trailhead on Cutler Rd. A picturesque pond, surrounded by mature trees, greets us as we walk toward the starting line. With the pond on our left, we follow a grassy, sunny trail until we reach the cover of the forest. To complete the 10K, we circumnavigate the preserve clockwise twice. The terrain is rolling, with no single ascent higher than 45 feet and downhills one can take quickly, if one is so inclined. The singletrack footpath alternates between soft dirt—or mud, on the day we run it, following rain the day before—and pine straw. The relative absence of large stones and roots (a la Skyline in the Middlesex Fells) allows runners to lengthen our strides on the uphills and open up on the downs. Approximately two of the 6.2 miles follow a section of the Bay Circuit Trail, the 230-mile network of recreational paths that pass through 37 towns in Eastern Massachusetts. (and which the AMC helps maintain)

As I emerge from the second tour of the Pingree trail system, I’m satisfied with my performance, the beauty of the run, and the privilege of giving a group like Greenbelt a small financial and morale boost on a Saturday morning. It’s a reminder that many hundreds of land trusts and nonprofits—AMC included—work in partnership to preserve the region’s lands, waters, and trails precisely for mornings like this one.

Yet again, I’m impressed by the quality of humans races like these bring out. Young, old, fast, or slow—there seems to be a place for everyone in the trail running community.

One note of caution: Horses routinely share the Pingree Woodland trails, which feature several barriers for equestrian jumping. Needless to say, watch out for piles on the beautifully manicured trail.