Trail Running in the Blue Hills 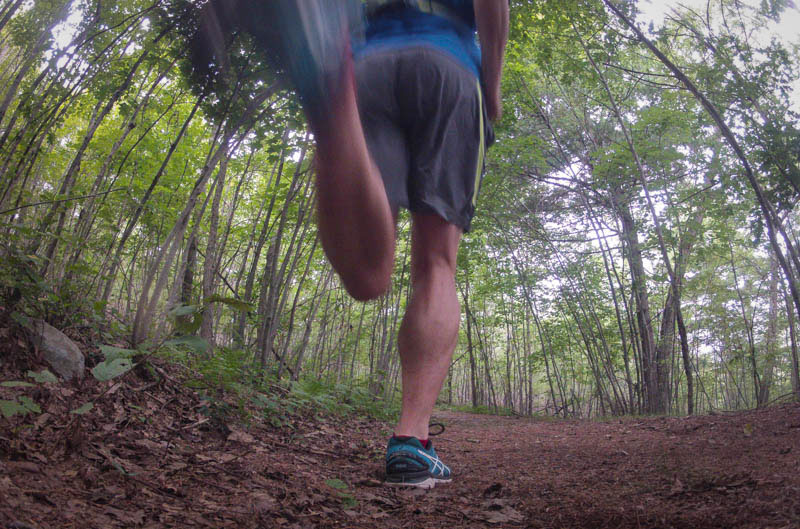 Marc ChalufourTrail running in the Blue Hills is a familiar activity for our blogger—as is accidentally taking a wrong turn.

Blue Hills Reservation, about 12 miles south of downtown Boston, spans 7,000 acres in parts of six towns: Braintree, Canton, Dedham, Milton, Quincy, and Randolph. It’s one of the few trail running destinations in Greater Boston that couldn’t possibly be covered in one blog post. With 125 miles of trails, a runner can return again and again without repeating the same loop. From gentle dirt roads to the rugged Skyline Trail, the options for distance and difficulty are nearly endless.

I used to live in Quincy, a couple of miles from one of the quieter trailheads. I would try to make it out for trail running in the Blue Hills at least once a week, and I still seek out the same access point when I find myself south of the city. So pulling into the half-full parking area at Shea Memorial Rink, near the northeastern corner of the reservation, feels familiar. Kids headed to youth hockey practice trudge past me in one direction, while hikers and dog walkers head the opposite way, toward the trail.

Most of my trail runs in the Blue Hills have been a loose interpretation of the Green Dot Trail, which winds around the hills rather than over them. I say loose because I find it all too easy to miss a turn, despite the blazes and the conveniently numbered junctions. And sure enough, cocky that I’ll remember my old loop, I go the wrong way just 14 minutes into my run, taking a sharp left when I should’ve gone straight. I realize the error quickly but keep running, and soon I recognize my surroundings again. That’s the nice thing about this corner of the Blue Hills: You can’t get too far off your planned route.

I run west until I hit a steep trail called Headquarters Path, which overlaps with a pipeline, then turn left and climbed the biggest hill of the run. Had I continued straight, the path would’ve led me to one of the reservation’s roads, which the trails cross before continuing into the center of the property. Instead, I take the next left and begin heading east again.

Things have changed quite a bit since my last run here, which must’ve been in the spring, because I remember a deafening orchestra of frogs. Today, the vernal pools have dried up and grown over with dense fern beds. There isn’t a frog in earshot. A chill in the air hints at fall’s arrival, but the foliage is still a lush green. Back on a familiar trail, I pick up the pace and start the loop back toward my car. I pass a pair of hikers and cruise through the section where, at dusk, I often saw deer paused in the trail—until my arrival sent them dashing back into the trees.

Shea Memorial Rink is also a terminus for the Blue Hills’ iconic Skyline Trail. On its 9-mile route, that trail passes over every hill in the reservation, including Great Blue Hill at the western side of the park. It’s not my choice for trail running here, but anyone looking for a mountainous experience in the Boston area can’t do better. There’s approximately 2,500 feet of climbing, with some of that scrambling over White Mountainesque boulders. On one of my first visits to the Blue Hills, I met a family of AMC members in the parking area. They were hefting giant packs onto their backs and setting out on a training hike, prepping for the Appalachian Trail.

Whatever type of run you seek here, I recommend carrying a printout of the DCR’s trail trail map. Most junctions are numbered, providing a reliable way to re-find yourself after the inevitable wrong turn.