View from AMC: Be Outdoors 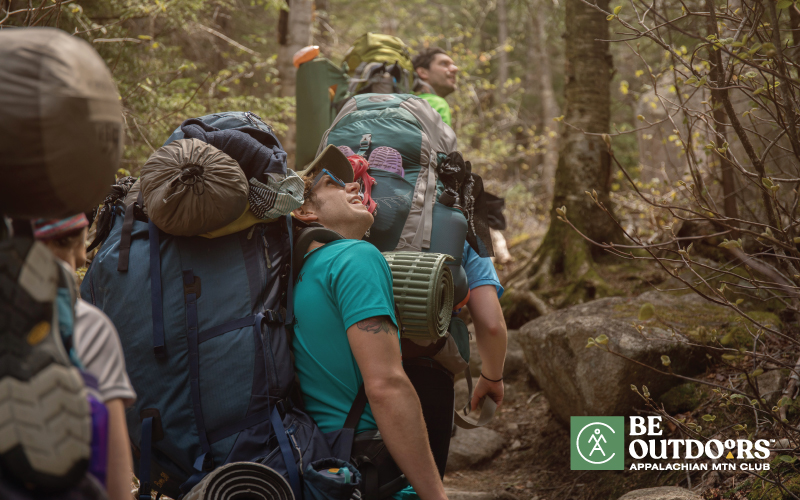 When Kamala Harris announced in January that she’s seeking the 2020 Democratic nomination for president, the news coverage I saw homed right in on the campaign message that will soon appear on roadsides all across America. kamala harris for the people, it read, recalling the way the former San Francisco district attorney would announce herself to a courtroom. While I make no endorsement of the Harris campaign here, in refashioning a concrete piece of her past into an expression of her way forward, she has managed a clever feat of sloganeering. And some underpaid graphic designer has made the display all the more effective—let’s say more democratic—by rendering Harris’s name no bigger than the slogan itself. Practice what you preach, right?

This little moment between me and my television crystallized what I’ve been thinking for a long time about the public face of AMC: The heart and soul of our organization are so formidable, but the way we express that outward, to more people—to the new hearts and new souls who will preside over AMC’s second 150 years—is so unclear. As much as we’re right to revel in our own history of adventure, hard work, and environmental leadership, we haven’t successfully channeled what we are and what we offer into an honest message of welcome. I believe the collective conscience of this organization, and the world around us, demands that we do better.

So it’s only coincidence, but around the same time as the Harris campaign announcement, we revealed in postcards and e-mails the work we’ve been doing over the past year to craft that welcome. You see the end result here in the magazine, too—and more so in future issues, with our pending redesign. Our new brandmark celebrates, first and foremost, that we are a collection of individuals. Our new tagline, “Be Outdoors,” is an invitation with no strings attached. Our new imagery, shot for the first time by our new in-house photographer, Paula Champagne, shows real AMCers on real AMC outings. Taken together, it’s a way forward for our brand that’s less concerned with saying who we are and much more interested in finding out who you are. And that conversation can only be good for all of us.

I’m really proud of this new direction and grateful to the staff and volunteers who engineered it from the best of our DNA. Unlike a political campaign, Be Outdoors is more than a temporary call to action. As perhaps the most elemental way of expressing what this club is all about, it’s a phrase that will be sticking around a while. I hope you will be, too.