EXPLORE AMC
AMC Outdoors > Bulletin: Around AMC > From the Magazine

When Danger Calls: Search and Rescue in the Maine Woods 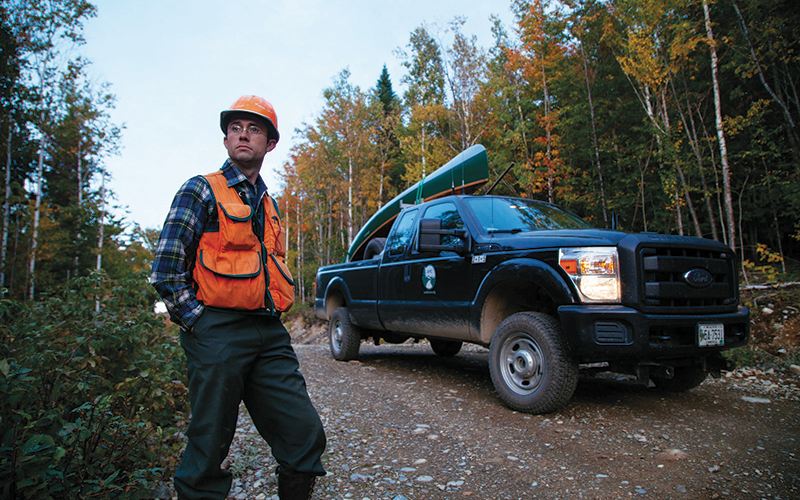 Dan KempaAMC’s Steve Tatko was a first responder to the 2017 fire on Columbus Mountain, in Maine.

The Swiss Miss Fire started on a hot August day in 2017. Deep in the 100-Mile Wilderness, 300 feet from the Appalachian Trail, someone had stopped to make cocoa on Columbus Mountain.

“It was in one of those high, dry areas where you get deep layers of decayed leaf matter and moss,” explains Steve Tatko, AMC’s land manager in the Maine Woods, where the organization maintains 75,000 acres of land, 140 miles of trails, and three wilderness lodges open to the public. “The fire was burning in the soil and the trees at the same time, and it was spreading fast.”

Although the fire starter didn’t stick around, someone did call in an anonymous tip to the Maine Forest Service, which then called AMC. Tatko grabbed his gear, rallied a few other AMC staffers trained in wilderness firefighting, and set out to help the Forest Service locate and contain the blaze. For 12 hours, the volunteers worked to clear a line around the fire with chain saws and hand tools, all the while coordinating with a Forest Service helicopter that was making repeated trips to AMC’s Long Pond for 300-gallon buckets of water.

It was luck that someone was around to get the call—an element of chance AMC and its partners are now working to make obsolete.

AMC is not part of the Maine Forest Service, the state agency responsible for managing wildfires, nor is Columbus Mountain on AMC property, nor are AMC employees on the payroll of the Maine Warden Service, which handles search and rescue. And yet, AMC staff in Maine voluntarily responded to the Swiss Miss Fire and other crises. It was a solution, but not a sustainable one.

In late 2017, after several years of laying groundwork, the forest and warden services, the Piscataquis County sheriff’s office, and AMC began formalizing arrangements—for fighting fires, finding lost backpackers, and carrying out injured hikers—with the end goal of a safer wilderness for everyone. The effort marks the Maine Woods’ first-ever official protocol for emergencies and the region’s first certified search-and-rescue team. With some clarity built into the system, as well as funding to reimburse mileage and to pay crew a fixed rate, AMC will be even better prepared to lend a hand.

“Once there is a formalized team, the process will look similar to how it does in the rest of the state,” says Dan Rinard, AMC’s operations director in Maine. When someone dials 911, the call will go to a regional center that will then contact the Warden Service or the Forest Service. If those agencies need additional help, a warden will call AMC. “It will give them peace of mind, knowing someone will show up with baseline training who is able to assist them,” Rinard says.

AMC’s partners agree. “The AMC folks know the trails; they know the side cuts,” says Lt. Kevin Adams, a search-and-rescue coordinator for the Maine Warden Service. AMC staff in Maine receive training in everything from connecting a litter and a snowmobile to performing evacuations over tricky terrain. “They have fit people with good medical training,” Adams says. “They know these woods well.”

As Rinard says, “This is one additional resource. It doesn’t change our willingness to support backcountry rescue.”