$40 Registration Fee – All payments must be received by November 16th!
Seating is Limited to 150 – So register soon!

If you have questions or concerns, please contact Jeff Ulricksen at NACommunications@outdoors.org 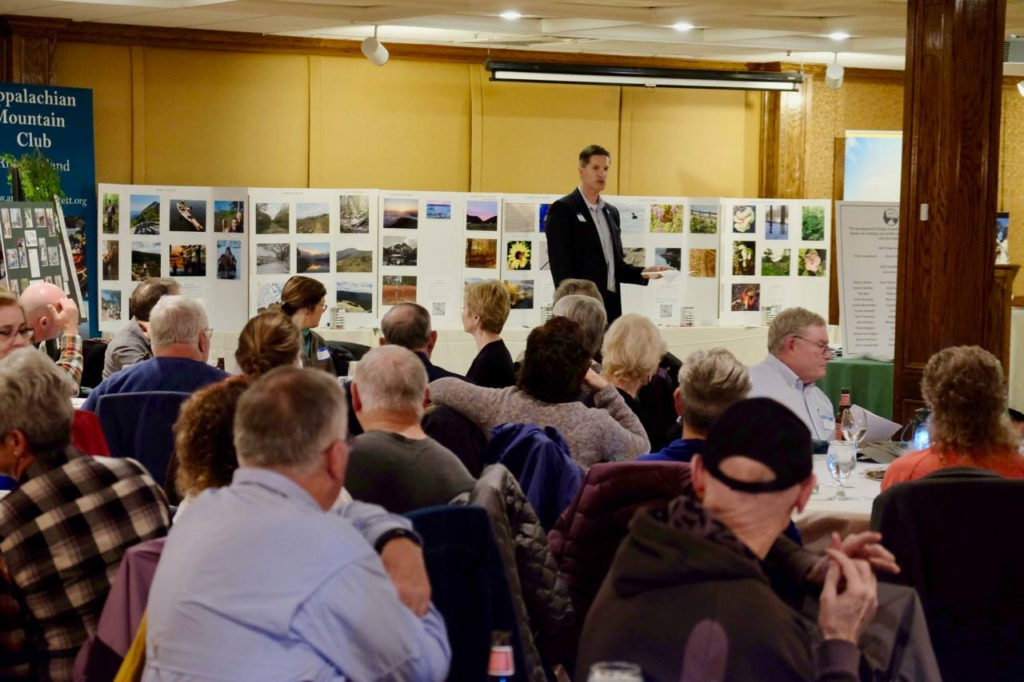 Douglas Arion, PhD is Professor of Physics and Astronomy and Donald D. Hedberg Distinguished Professor of Entrepreneurial Studies at Carthage College. He is heavily involved in public science education, including founding the Mountains of Stars outreach program in partnership between Carthage and the Appalachian Mountain Club to engage the public with ‘environmental awareness from a cosmic perspective’. The program links the multitude of ways that everything on Earth is connected to the entirety of the Universe, and how cosmology and the history of life on Earth are understood as one big, fascinating story that changes the way people interact with the environment. Over the eight years of the program some 64000 members of the public have participated, while training more than 200 students and nature guides and educators in science communication.

He was co-founder of Galileoscope LLC which provided high quality, low cost telescopes for worldwide promotion of science education and outreach. More than 260,000 are now in use over 110 countries.

Prior to Carthage, Arion was head of the Applied Physics and Engineering Division and Assistant Vice President at Science Applications International Corporation. He directed the design and testing of systems including space-qualified optics and high precision structural measuring systems.

He is a Lifetime member and a President’s Society Member of the AMC, as well as a Lifetime member of the International Dark Sky Association. Arion is a Fellow of the American Physical Society, and has received the Distinguished Service Award from Sigma Pi Sigma (the physics honorary society), and the Volunteer Leadership Award from the Appalachian Mountain Club. He serves on the American Astronomical Society and International Astronomical Union commissions on dark skies preservation.