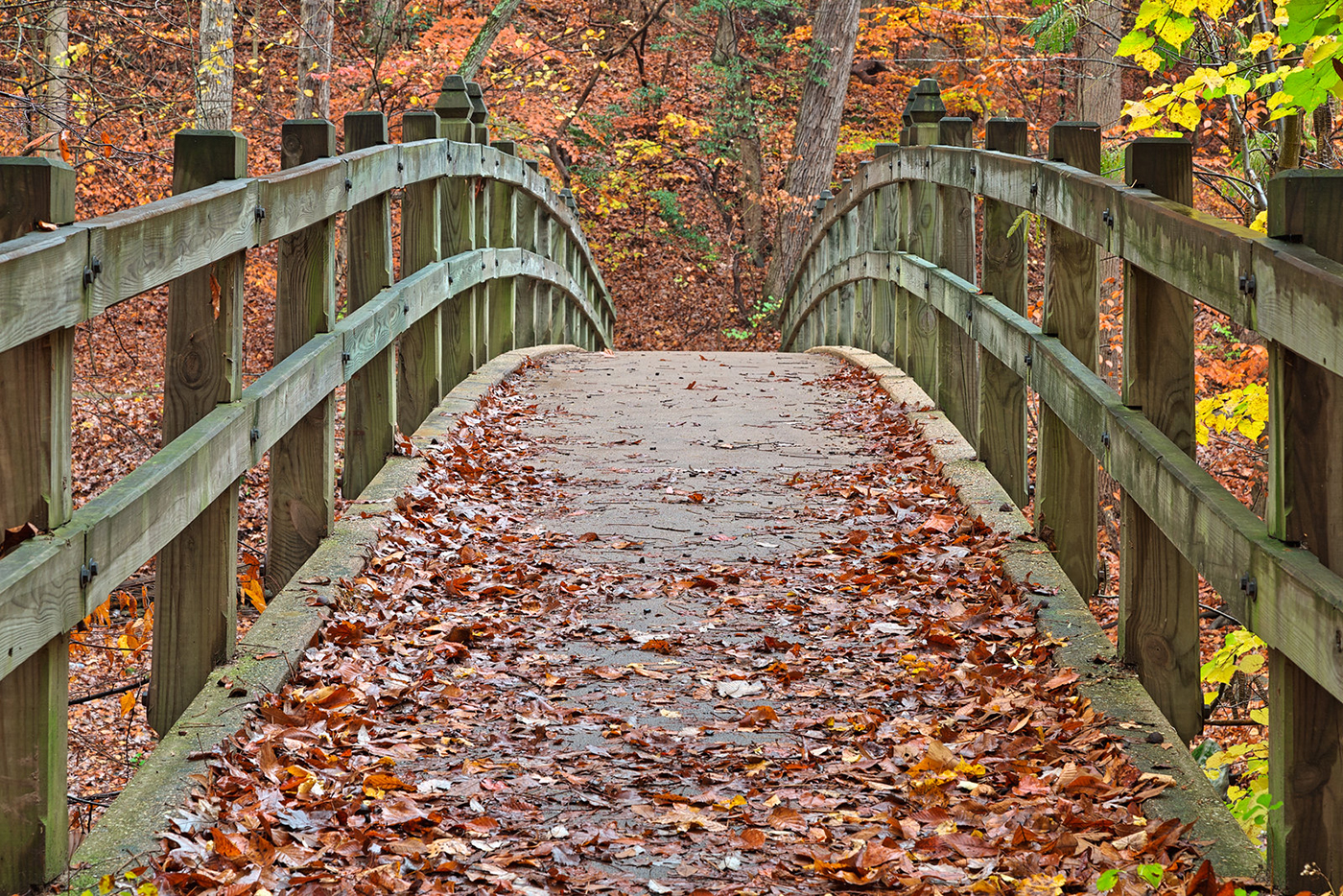 NICOLAS RAYMOND / CREATIVE COMMONS BY FLICKRRock Creek Park, with its 30 miles of trails in the Northwest section of the District, is among the best outdoor spaces near public transportation in Washington, D.C.

Washington, D.C., is known for its monuments, museums, and historic sites, but the nation’s capital also has its share of beautiful parks and trails to explore. Whether you’re a biker, hiker, or just looking for someplace to be outside, the Washington Metropolitan Area Transit Authority (WMATA) offers dozens of bus and train routes that will get you to these parks—all without a car. From West Virginia to Anacostia, here are six outdoor spaces to visit via public transportation for your next adventure.

In the heart of Northwest Washington, Rock Creek Park is a 1,750-acre urban park that offers more than 30 miles of trails to wander. With forests, streams, wildlife, and historic sites, there are dozens of sights to see and places to visit within the park’s boundaries. The Western Ridge Trail and the Valley Trail run north to south throughout the park, linked by several connector trails that can be combined to create hikes of varying difficulty and length. The Rock Creek Park Horse Center offers horseback riding lessons and guided trail rides along the miles of bridle paths, and cyclists frequently take advantage of the scenic paved paths that wind through the park.

To reach the Rock Creek Park Nature Center and Planetarium, take the Metro’s Red Line to the Friendship Heights station on the west side of the park or the Fort Totten station on the east side. Take the E-4 bus, which runs through the park between the two stations, and get off at the Military Rd. NW and Glover Rd stop if coming from Friendship Heights or the Military Rd. and Oregon Ave. stop if coming from Fort Totten. The Nature Center and Planetarium is a short walk up the Western Ridge Trail next to the bus stops.

Alternatively, take the Red Line to Cleveland Park and walk east on Porter St. NW to reach the southern part of the park and the Smithsonian National Zoological Park, or continue to the Van Ness-UDC station and walk east into Rock Creek Park through the Soapstone Valley Park.

This 18-mile paved trail runs along the Potomac River from Rosslyn to Mount Vernon, Va., and is popular among walkers, runners, and bikers. Sites along the trail include Theodore Roosevelt Island, Arlington National Cemetery, Daingerfield Island, Jones Point Park, Belle Haven Park, Dyke Marsh Wildlife Preserve, and Fort Hunt Park, or tour Mount Vernon at the southern end of the trail. Near the northern end, the trail also connects with the Potomac Heritage Trail, Curtis Trail, and Rock Creek Trail. 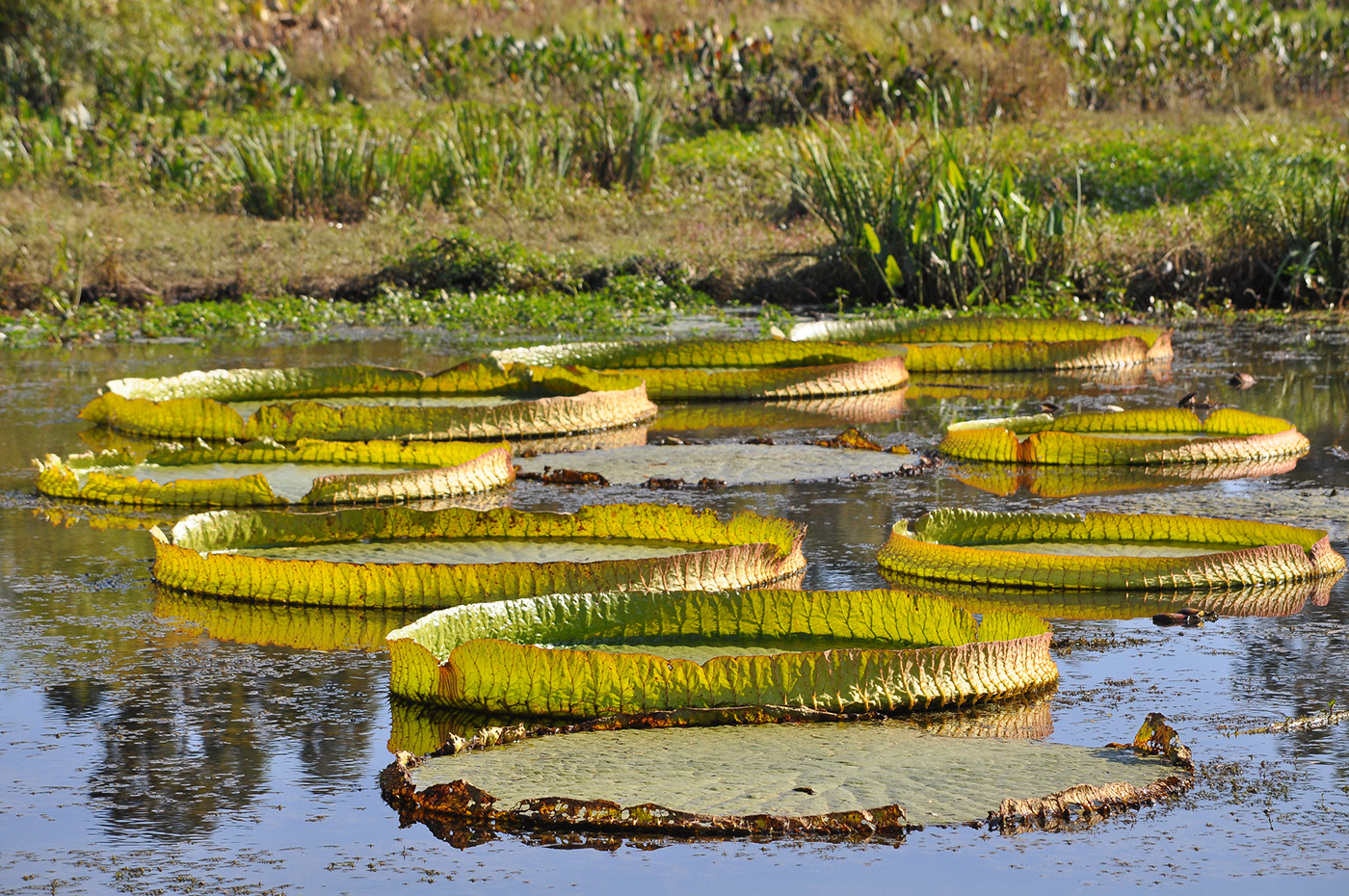 Best known for the lotus flowers and lilies of the aquatic gardens, Kenilworth Park—located in the northeastern corner of the District—allows visitors to explore the historic ponds and beautiful sights along leisurely walks, no matter the season. The short, easy trails around the park are popular with families, while the hundreds of species of birds spotted throughout the year attract birders. Boardwalks and dirt paths wind through the park and down to the Anacostia River.

Take the Orange line to Deanwood and walk west on Polk St. NE. Use the pedestrian bridge to cross Kenilworth Ave. Freeway, then continue on Douglas St. NE until Anacostia Ave. NE and take a right. The parking lot and entrance to the park are a short distance down the road on the left.

Running from Fort Stanton to Fort Mahan, the Fort Circle Hiker-Biker Trail follows an unpaved gravel and dirt path through a greenbelt in the southeastern part of the city. The trail is best navigated on a mountain bike, as it is mostly unpaved, and areas can get muddy after rain. It links several forts built to defend the city during the Civil War, and each welcomes visitors throughout the year. Hikers can add detours on trails through any of the Fort Circle Parks to see the historic structures or add distance to their journey.

To reach the southern portion of the trail, take the Metro’s 92 bus to the Good Hope Rd. and Altamont Pl. stop and walk back west along the road for about a minute to the trail. Alternatively, take the 32 bus to the Naylor Rd. SE & Park Naylor Apartments stop and get on the trail next to the stop.

To reach the northern portion of the trail, take the Blue or Silver line to Benning and walk west on E. Capitol St. SE for about 0.5 mile to reach the trail on the left. 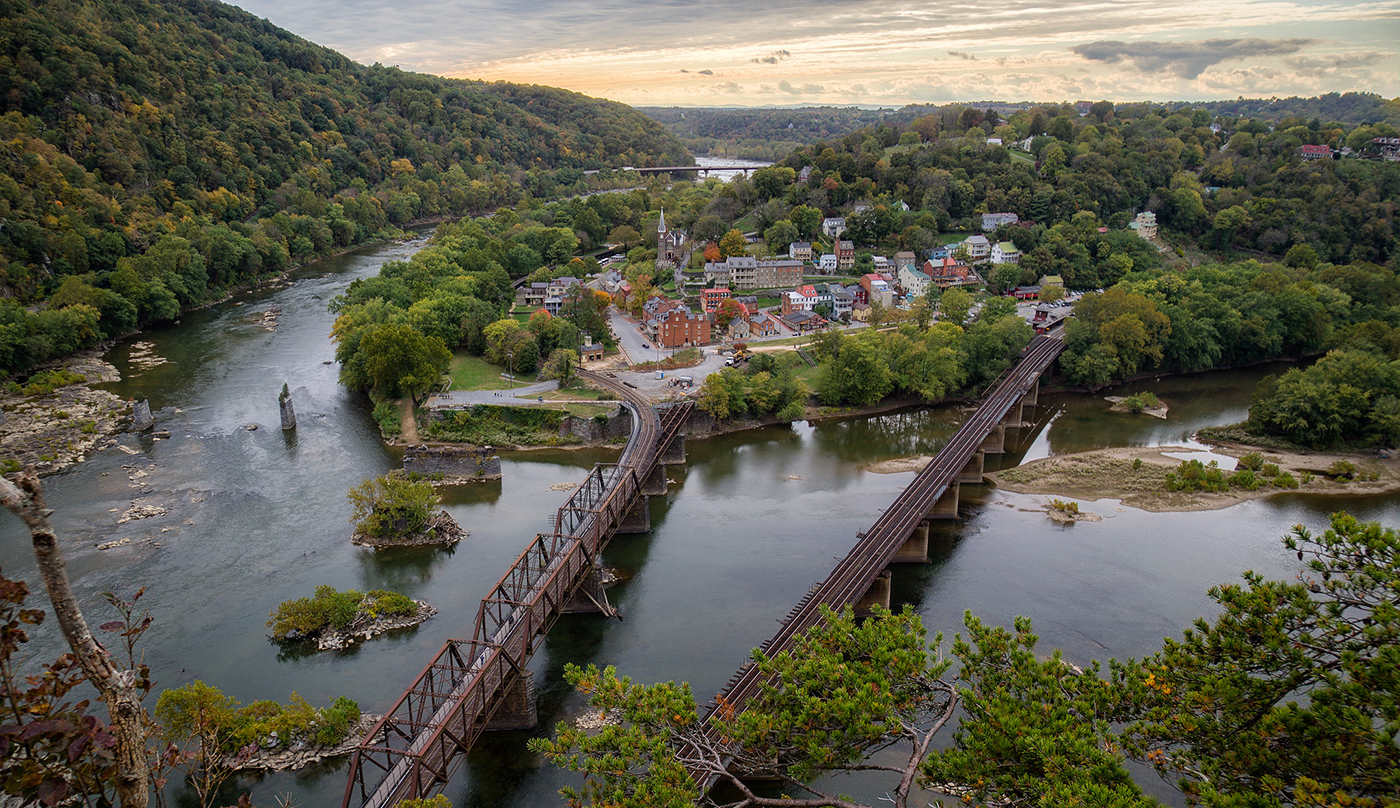 If you’re looking for more than a day trip, Amtrak’s Capitol Limited runs from D.C.’s Union Station to Harper’s Ferry, W.V., once a day, making the historic village and halfway point on the Appalachian Trail (A.T.) a perfect weekend destination out of the city.

The station is no more than 2 miles from everything in Harper’s Ferry and neighboring Bolivar, including the Appalachian Trail Conservancy’s headquarters. Hike a section of the A.T. from right next to the station or walk the 22 miles of trails in Harper’s Ferry National Historic Park. Rent a kayak, canoe, or raft to explore where the Shenandoah and Potomac Rivers merge.

With nearly 200 acres of forests, streams, and fields just west of Georgetown, Glover Archbold Park offers miles of trails to walk without leaving the city. A 2.5-mile trail runs along the length of the park, following a creek that flows into the Potomac River. Aside from its popularity with hikers, runners, and dog-walkers, it is also home to a community garden and dozens of species of birds.

To reach the northern end of the park, take the Metro’s Red Line to the Tenleytown–AU station and walk 0.5 mile south. To reach the southern end of the park, take the D6 bus to the Reservoir Rd. NW and French Embassy stop and enter the park. The 33 bus also stops at several points along Wisconsin Ave. NW that are about 0.5 mile each from the park.