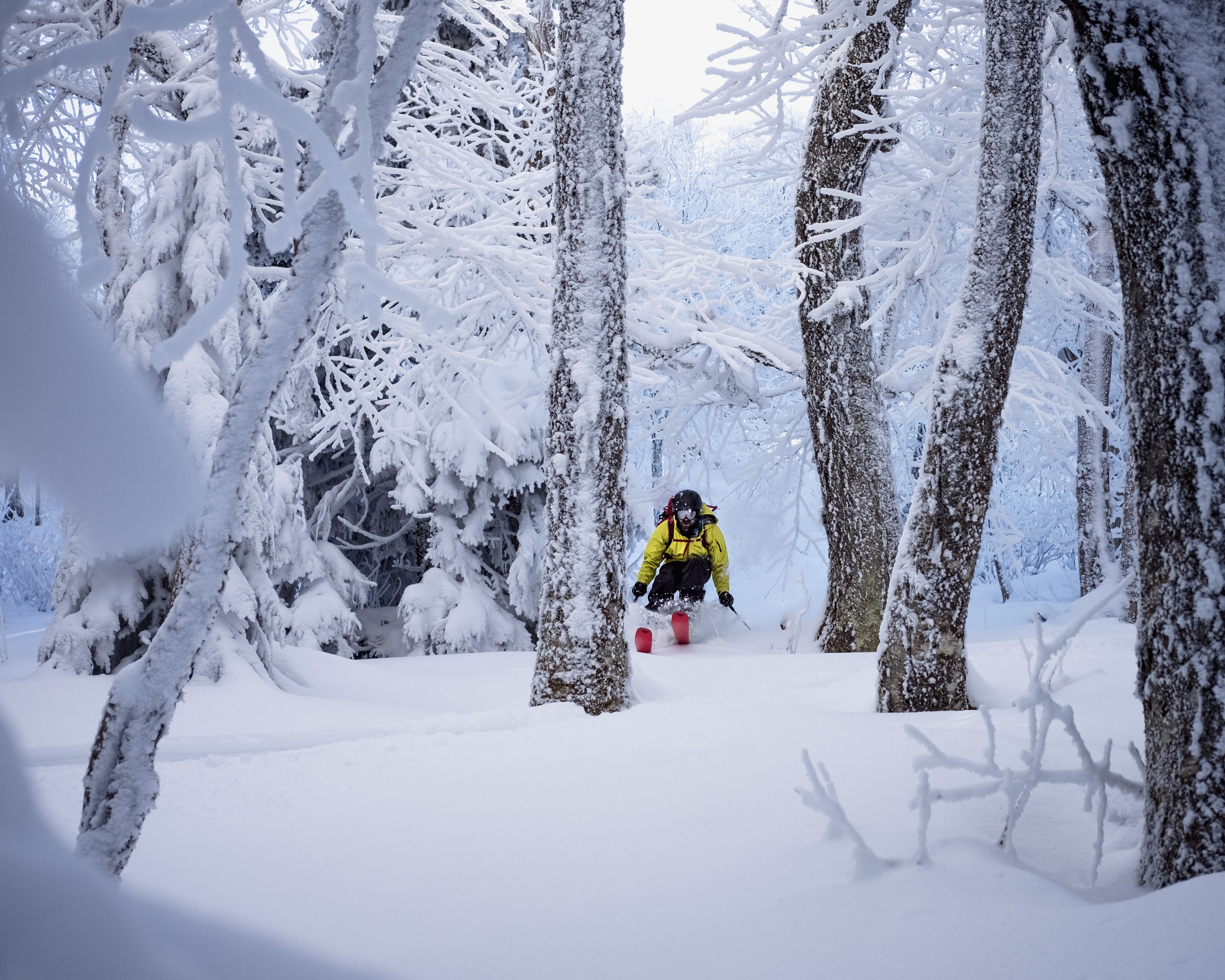 Backcountry skiing offers the opportunity to glide through the old growth forest of the northeast that often remain untouched all winter.

Nearly seven decades after the Civilian Conservation Corps (CCC) built its last bridge and blazed its last trail, recreation enthusiasts are still benefitting. President Franklin D. Roosevelt’s New Deal program, aimed to put unemployed men to work, had a lasting impact on recreation. The downhill ski industry in New England was practically created by the CCC (read “Thunder Struck“) and the trails and roads built in parks and forests created cross-country ski destinations that are popular to this day. Here are seven examples.

Acadia National Park
Mount Desert Island, Maine
National parks benefited greatly from CCC work, and Acadia was no exception. Two CCC camps were in operation on Mount Desert Island, one of them at Eagle Lake. Ski to the lake from the parking area on Route 233 and head right along the western shore. A long gradual climb will bring you to post number 8 (2.1 miles), on Conners Nubble. Stay left and wrap around the southern end of the lake. Beginning at post number 7 (3.8 miles), the carriage road along the eastern shore opens to snowmobiles.
Distance: 6 miles
Info: Discover Acadia, 2nd Ed. (AMC Books); Acadia National Park

Camden Hills State Park
Camden, Maine
A comprehensive example of CCC work, Camden Hills State Park was built in the 1930s, and many of that era’s stone gates, park roads, and trails remain in use. To access a view across Penobscot Bay to Cadillac Mountain, begin at the parking area at Stevens Corner on Route 173 and take the Ski Shelter Trail for 1.3 miles. Turn left on the Bald Rock Trail which climbs gradually for 0.8 mile to the top of Bald Rock Mountain (1,101 feet).
Distance: 4.2 miles, out-and-back
Info: Backcountry Skiing Adventures: Maine and New Hampshire (AMC Books); Maine Bureau of Parks & Lands

Cardigan Reservation
Alexandria, N.H.
Cardigan Reservation turned 75 last year, and it’s been a prime backcountry ski hub from the start. AMC purchased an initial 500 acres in 1934 and, with the help of the CCC, developed a network of trails over the next few years. For a moderate 4-mile loop, take the Lower Manning Trail from AMC’s Cardigan Lodge and connect to the 93Z Ski Trail. To complete the loop, connect to Duke’s Trail (which the CCC completed in the mid-1930s), and the Manning Trail will return you to the lodge.
Distance: 4 miles
Info: Backcountry Skiing Adventures: Maine and New Hampshire (AMC Books)

Coolidge State Forest
Plymouth, Vt.
The CCC operated camps on either side of Coolidge State Forest, and the CCC Road is the most obvious example of their presence. To explore the eastern side of this property, park at the junction of Round Top Road and Old Plymouth Road, and ski west along the Catamount Trail. Continue straight on Old Plymouth Road to the right-hand turn for School House Meadow. Follow this trail north to Lee’s Large Loop and turn right. A series of left turns—onto the CCC Road, Salmon Run, Up and Over, and, finally, Lee’s Large Loop—will bring you around a counter-clockwise loop back to School House Meadow.
Distance: 7 miles
Info: Coolidge State Park; The Catamount Trail

New Germany State Park
Grantsville, Md.
Located in the western reaches of Maryland, New Germany State Park benefits from higher annual snowfall than the state’s eastern shore. The park owes many of its facilities and trails to CCC work. A popular winter route is the flat 1.6-mile Green Trail, which can be accessed near parking lot 5. This out-and-back trip along Poplar Lick, a small stream, can be extended by continuing down the 1.1-mile Three Bridges Trail. This former railway bed was used to remove timber from the forest, but eight decades of replanting has restored the forest. A small day-use fee is charged.
Distance: 5.4 miles, out-and-back
Info: New Germany State Park