On June 10th, 2022, AMC staff met virtually with a group of middle and high school students from the cities of Lawrence and Lowell, Mass. While AMC staff often talk with young people, this time was a little different: The students were presenting their own work.

For the past year, students at three local schools, as well as youth and community members involved with local organizations, have been working with AMC staff, along with partners at Dartmouth College, the National Park Service, and the U.S. Geological Survey, as part of the Merrimack Dragonfly Mercury Project. AMC launched this community science initiative to engage local youth in conservation and collect samples of dragonfly larvae from sites around the Merrimack River Watershed.

But why study dragonfly larvae, especially in urban areas like Lawrence and Lowell? The answer involves more than a century of industrialization, pollution, and everything that came after.

At one point in the mid 1800s Lowell was the largest industrial center in the country. The area was a major hub of the growing textile industry, and many mills sprung up along the banks of the Merrimack River. These mills dyed their goods with pollutants like arsenic and sulfuric acid. Much of the excess dye from this process was dumped directly into the Merrimack. Waste from the cities’ rapidly growing populations also contributed to the problem, as much of the garbage and sewage ended up in the river.

The textile mills are no more but the impact of pollution from the area’s industrial past lives on. The Nyanza Chemical Plant, in nearby Ashland, Mass., is now a U.S. Environmental Protection Agency (EPA) Superfund site, which means the U.S. government has declared the area in need of intensive cleanup because of the presence of harmful materials. The cities’ air and water quality, meanwhile, has also been damaged by years of excess fossil fuel burning, spewing harmful chemicals, including mercury.

That’s where the dragonfly larvae come in. 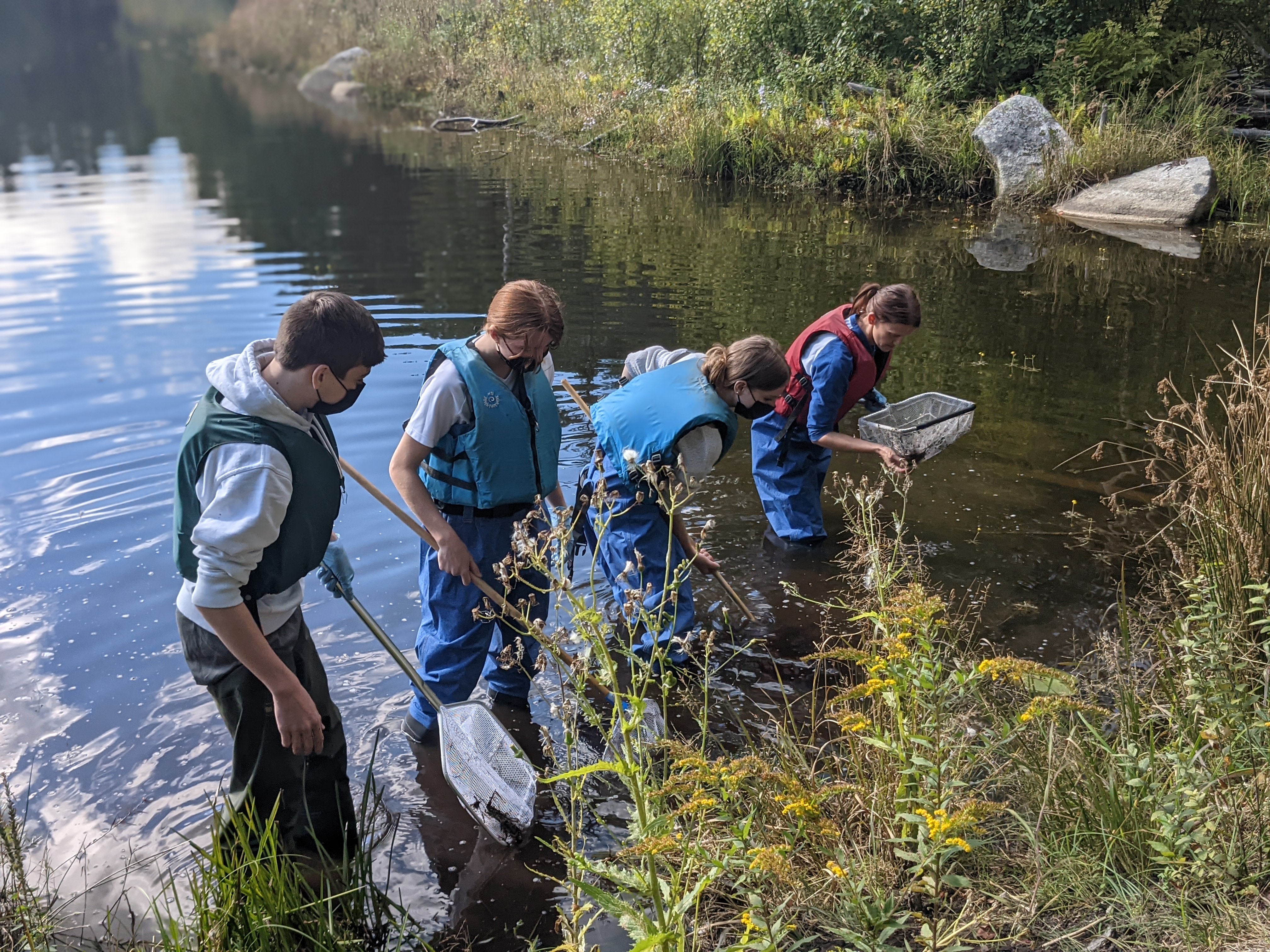 In waterways across the country, high levels of mercury pose a serious threat. The toxic chemical not only can wreak havoc for ecosystems, but people too. Mercury exposure, most commonly from fish caught in polluted waterways, can damage the human immune, endocrine, reproduction, and the central nervous systems. Determining the factors that influence mercury risk in waterbodies, however, has long been a challenge.

To try to answer that question, scientists are analyzing samples of dragonfly larvae.

Mercury levels in dragonfly larvae are an effective indicator of the overall risk to an ecosystem because of their position on the food chain. Larvae are common prey for fish, who in turn are eaten by humans. Examining dragonfly larvae, which can be easily collected in the field and analyzed in the lab, means scientists can match unsafe mercury levels to local waterbodies, and hopefully help inform anglers of the potential risk.

Determining what levels of mercury in a larvae sample are indicative of a threat, however, requires large amounts of data over several years and from sites across the country. For the past decade, Nelson, first at the University of Maine and then AMC, has worked with partners at the National Park Service, U.S. Geological Survey, and Dartmouth College to establish the Dragonfly Mercury Project (DMP), a nationwide network for monitoring mercury levels on public lands. Most of the work is handled by volunteer citizen scientists, often students learning about their local ecosystems and the impacts of pollution. To date, the project has sampled larvae in almost 500 waterways in 47 states, according to the National Park Service.

It’s from this tradition that the Merrimack Dragonfly Mercury Project, the most recent iteration of the nationwide DMP, was born.

Courtesy of Dragonfly Mercury ProjectThrough the program, AMC is helping to empower educators with training and scientific equipment that may not have otherwise been available.

Driven by the community

From the beginning, Nelson and her team hoped to use the Merrimack Dragonfly Mercury Program not just to gather data, but to inspire local students to think about their communities in new ways. Many students found themselves collecting samples in green spaces that were close to home but still completely new to them.

“Throughout the course of the project, we had some reflections from students who were excited that there were these very natural and remote feeling green spaces and water bodies in the cities where they lived,” said Nelson.

Dragonfly larvae sampling is hands-on work. After a sample site is identified, students must get in the water and scoop at the bottom of the water with a net. In addition to gathering samples, students also worked with scientists to identify dragonfly families and eventually received the lab data analyzed at Dartmouth College. With a newfound appreciation for time spent in nature, the hope is that students will learn lessons about conservation and the positive impact they can have to protect nearby waterbodies.

“I’ve been here two years. I had no idea what was going on in this pond. I had no idea this whole [mercury] thing existed. To find out that this thing exists and that there is a whole kind of task force ready to kind of find a solution to this thing… you become more aware of what’s going on all around you,” said one involved student.

Overall, data from the project showed the Merrimack to be a river squarely in line with national trends. In all, 107 participants, mostly youth in school or working with the Lowell National Historic Park, collected 120 larvae samples. Three of the five collection sites showed “moderate impairment,” while another site, sampled by Lowell Parks & Conservation Trust, had potential “high impairment.” The data is a reminder of both how far we’ve come since toxins were dumped freely into the river, and how much progress still needs to be made.

For scientists and students alike, the Dragonfly Mercury Project has been a story of learning, growing, and community. Through the program, AMC is helping to empower educators with training and with scientific equipment that may not have otherwise been available. AMC’s Educators Outdoors, which has been providing area schools and non-profits with gear access, transportation stipends, and staff mentoring, was invaluable.

For Nelson, the project is a snapshot of AMC’s work to support both conservation in urban areas and environmental justice.

“It’s been really great to [connect] with communities that aren’t in the typical landscapes that people think of with AMC. It’s not the high peaks of the White Mountains. We’re working in the more urban environment, trying to engage those communities and in experiencing green spaces in their backyard.”

Want to help minimize mercury levels in your community?

Special thanks to the Abbott & Dorothy H. Stevens Foundation, The Dorr Foundation, The Theodore Edson Parker Foundation, Dartmouth College matching funds, and the USGS program funding for Environmental Justice for their generous support.