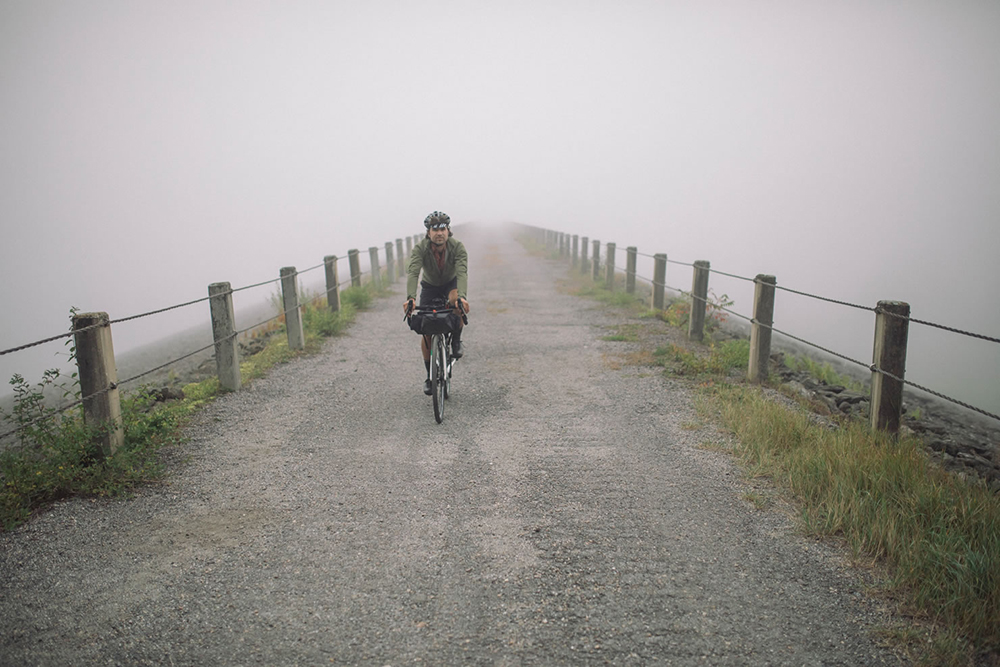 Joe Cruz pedals into the unknown. His mud-caked shoes slosh with river crossing ice melt as he spins up loose scree toward the Tian Shan range in Kyrgyzstan. The Mountains of Heaven lance the clouds at a peak of 24,406 feet and bound the country from neighboring Kazakhstan and China. Cruz is cycling 600 miles of roughshod track over three weeks, but he’s not concerned about time or distance. Instead he’s focused on other things like the high-pitch whistling of the wind through the valley, how the sun fringes his cheeks, and the shapes of the rust colored lichen by his feet. Around him the sweep seems endless, unconscionable. His subconscious slithers into the dirt track.

When you’re a professor of philosophy and cognitive science, maybe you get a little street cred for examining the limits of your own consciousness. Cruz has tried and failed at meditation—“I’m a terrible meditator,” he says—and explored what happens to his mind when at his physical edge.

“If you’d asked me 15 years ago, I might have said what motivates me is getting far away, being in hard conditions in terms of weather and environment, and using those conditions to have an outside-of-my-head or body experience,” says Cruz, a Ph.D. who lives in Vermont and teaches at Williams College, only a few miles down the road in Williamstown, Mass. Once, in Lhasa, at 15,000 feet amid freezing cold he blacked out in a delirium only to wake up the next morning fully dressed in his sleeping bag and tent covered in Oreos. But that’s not what he’s after anymore. These days the project is not about disengaging but rather to engage.

“The main trips I take now are going to places where there are people and histories that I’m curious about. And where I feel I can learn about the world and the complexities of the world,” he says.

Cruz says riding a bicycle isn’t as disconnected from philosophy as one would think. His trips are a way to connect the outer experience to the inner by, “trying to piece the puzzle together,” he says. “[It’s going into] a world you think you understand, [but when] you get on the ground you probably don’t.” Naturally, Cruz has found himself in some far-flung, complex places: He was in Syria four months before conflict broke out in 2010; stayed up late with monks in Tibet discussing bicycling, politics, and philosophy; and criss-crossed through land-mined Bosnia in 2019, a place that’s stuck in his mind for nearly thirty years dating to his undergrad days during the breakup of Yugoslavia. In his adopted home of Vermont, he’s labored over the VTXL, the longest continual dirt path across the length of the state, and created the Green Mountain Gravel Growler, a 248-mile loop that visits some of the world’s best breweries. “Let me not overstate it, I do a lot of beer stops, too,” he says chuckling, in his self-deprecating manner. Still, there’s no hiding that he’s one of the most prolific bikepacking route developers in the U.S. today. 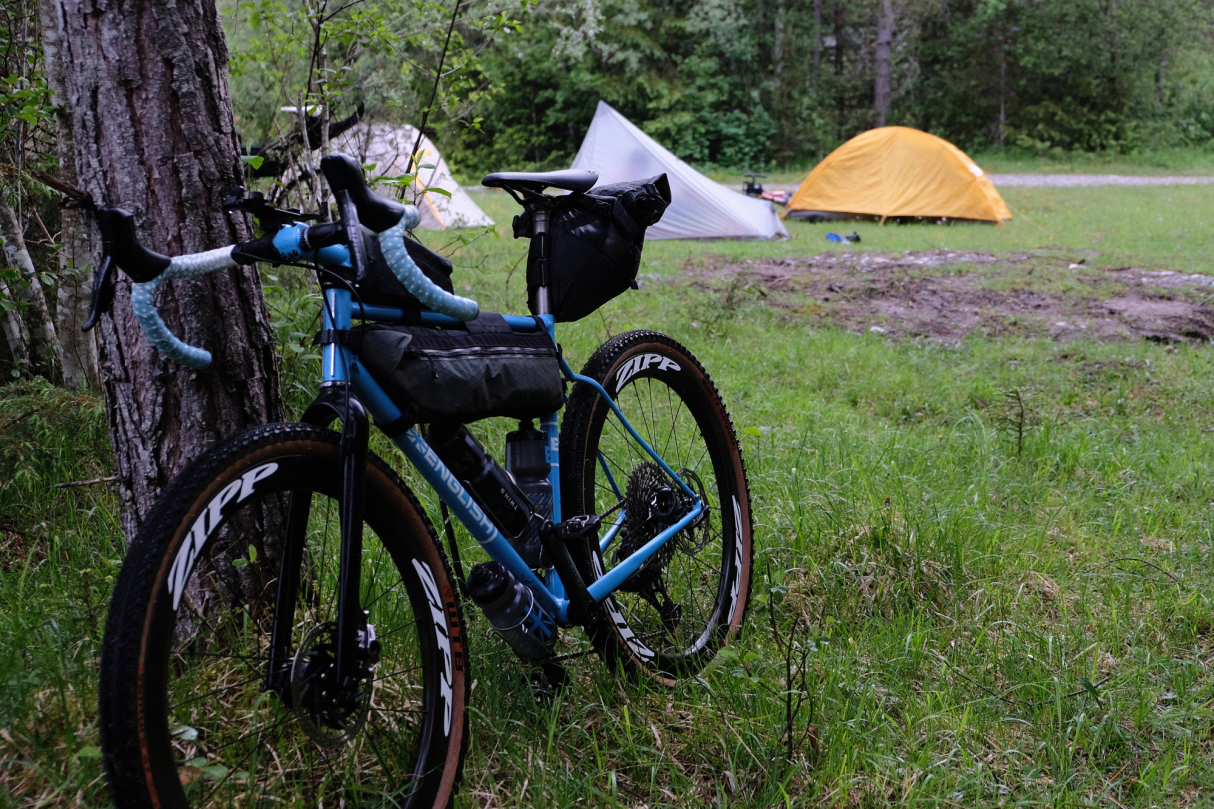 Bikepacking is a portmanteau of backpacking and biking. The idea is similar to bicycle touring, except bikepacking routes are almost all off-road. Cruz enjoys the blend of going self-supported, away from tarmac, and moving at a speed our consciousness can grasp.

“Pedaling is fast enough so that you can cover a lot of ground, but it’s a human pace,” says Cruz, who moonlights as an editor at large for Bikepacking.com. Planes, trains, and automobiles have their place in travel, he offers, but their velocity and enclosure separate our nervous system from the environment. For Cruz, being in the saddle is unfiltered. He wants to be open to the total experience—the rain, cold, and all the beautiful muck that the world offers.

“Bicycles put me in places that expose you to vulnerability, environment, elements,” he says, speaking with a wistful tone of far-off locales. “You show up someplace, you’re a bit of a nutter with all your smelly gear, but people can make sense of you. That makes you vulnerable to their conception of who you are. It makes you listen, makes you open.”

Cruz says he never knows what will come from a trip, but adds that he plans for serendipity. In the summer of 2016, Cruz traveled to Kyrgyzstan, in Central Asia, to ride from Lake Issyk Kul to Bishkek. The unyielding beauty left the team of four in a state of “wide eyed skipping heart wonder,” as Cruz put it in a blog post later. In a small village he met a young shepherd whose cousin lived in New York City. They called her up. Somehow a kid from Brooklyn made it around the world to her mother’s hometown, and somehow she had made it across the pond to New York from a little blip in Kyrgyzstan. Nuri now lived a 15-minute walk from Cruz’s neighborhood in the city. 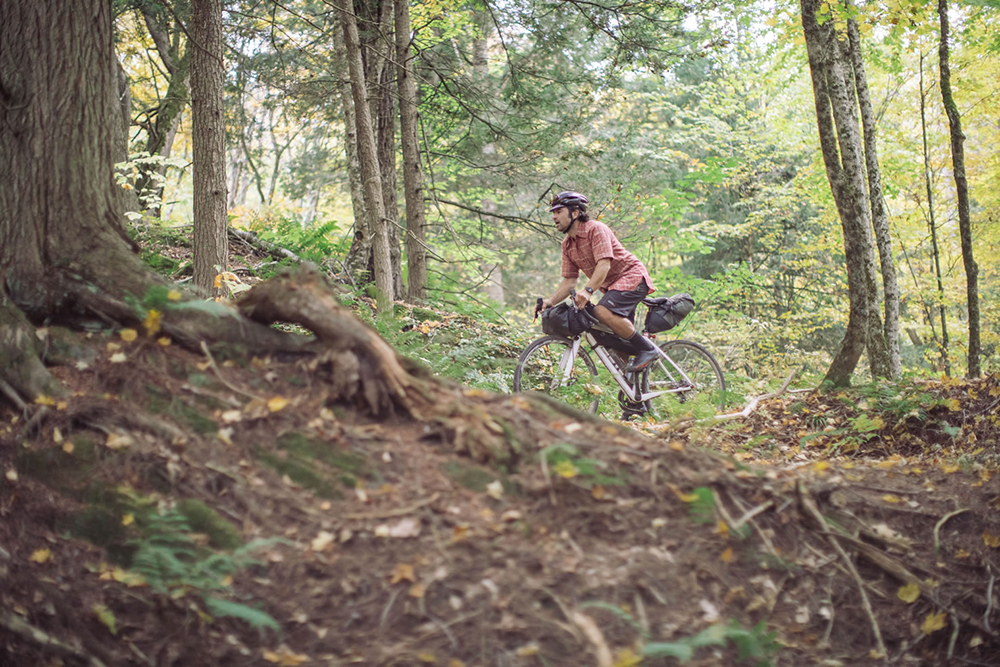 LOGAN WATTSCruz navigates a climb during the Green Mountain Gravel Growler, which he founded.

Amid the COVID-19 pandemic of this past year, Cruz explored close to home, barely venturing more than 20 miles from his front door. Ordinarily, he travels to break patterns. By staying local he recognized some of his own preconceptions about planning trips.

Cruz says he had developed a point of view about bikepacking and set a goal to ride 50 to 60 miles a day during his tours. “I was doing these small bike rides and looking at these old topographical maps to create a route for myself that I’d never done before,” Cruz says. “It was an encounter with history, with place, with cartography in this really intimate close-at-hand way.”

Where Cruz typically looks to go far, he discovered new insights during the pandemic by staying near. “It turns out that if you zoom way in, and the world gives you a constraint, sort of like constraints with creativity, then you can find and be something that you didn’t expect,” he says. 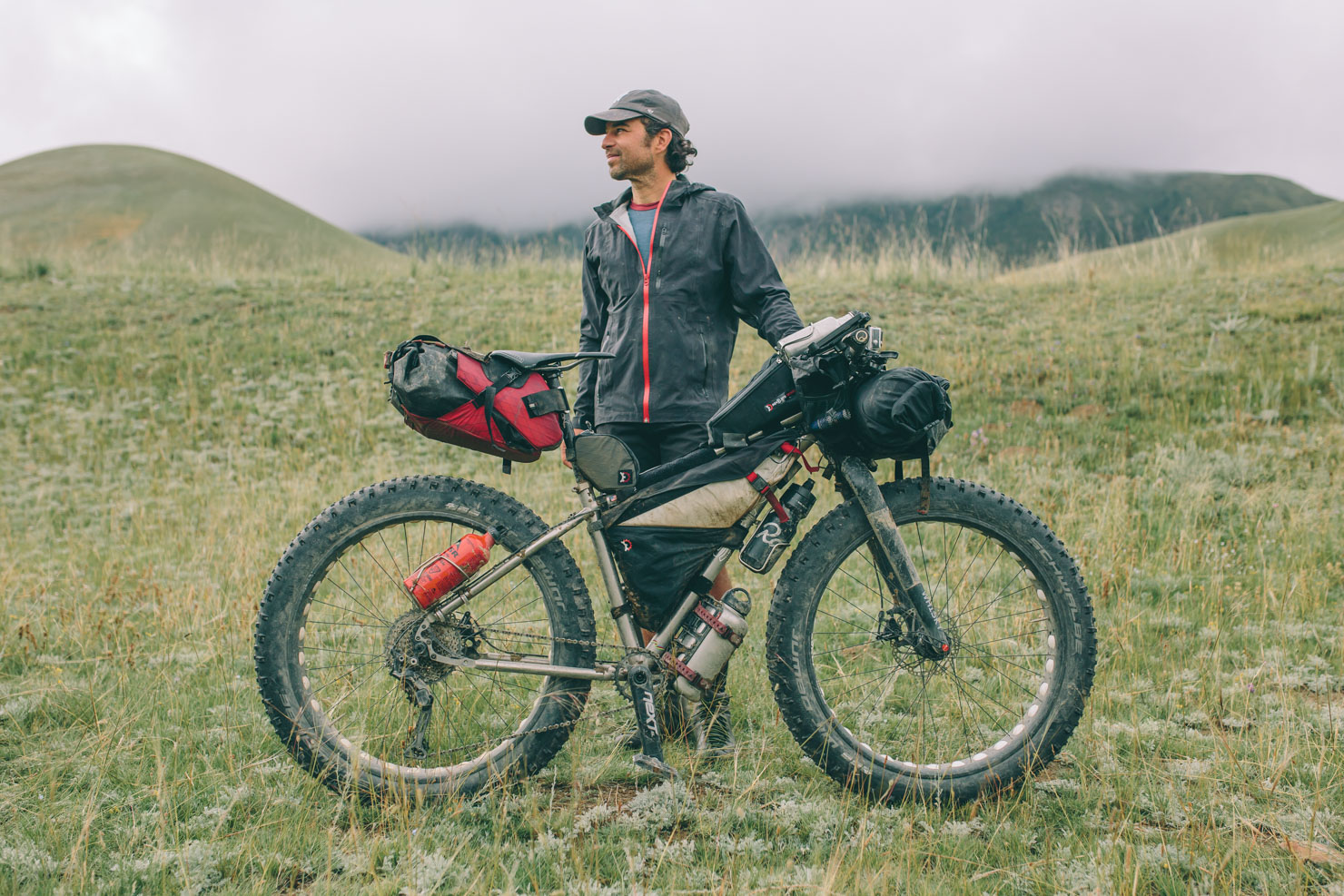 COURTESY OF JOE CRUZCruz hopes to bikepack again in far-flung regions of the world, like Kyrgyzstan, but has relished exploring closer-to-home spots over the last year.

The pandemic showed the connection we have to each other, and to the places of which we are a part. Cruz says that for him, bikepacking is a way to dissolve the barriers and dissociation he can feel from his surroundings. “If I can experience the environment as the environment, or a cultural ritual or behavior and just get swept away in it, I think I’ve done well to experience a truth,” he says.

There will be time for us—and Cruz, bikepacking’s philosopher—to go far-off again, but before we do, perhaps we can consider how few opportunities we have to become intimate with the close-at-hand.

“I think that what the last year has helped me see is that moving through a space and opening yourself to place can happen at different scales,” Cruz says.

Aaron Gerry is a freelance journalist who explores society and culture through the lens of sport.

Know Before You Go: The Best Kept Secrets in Acadia National Park

Off the Beaten Path: 7 Less-Crowded Hikes in Acadia National Park

Lessons from the Summit of Mount Eisenhower