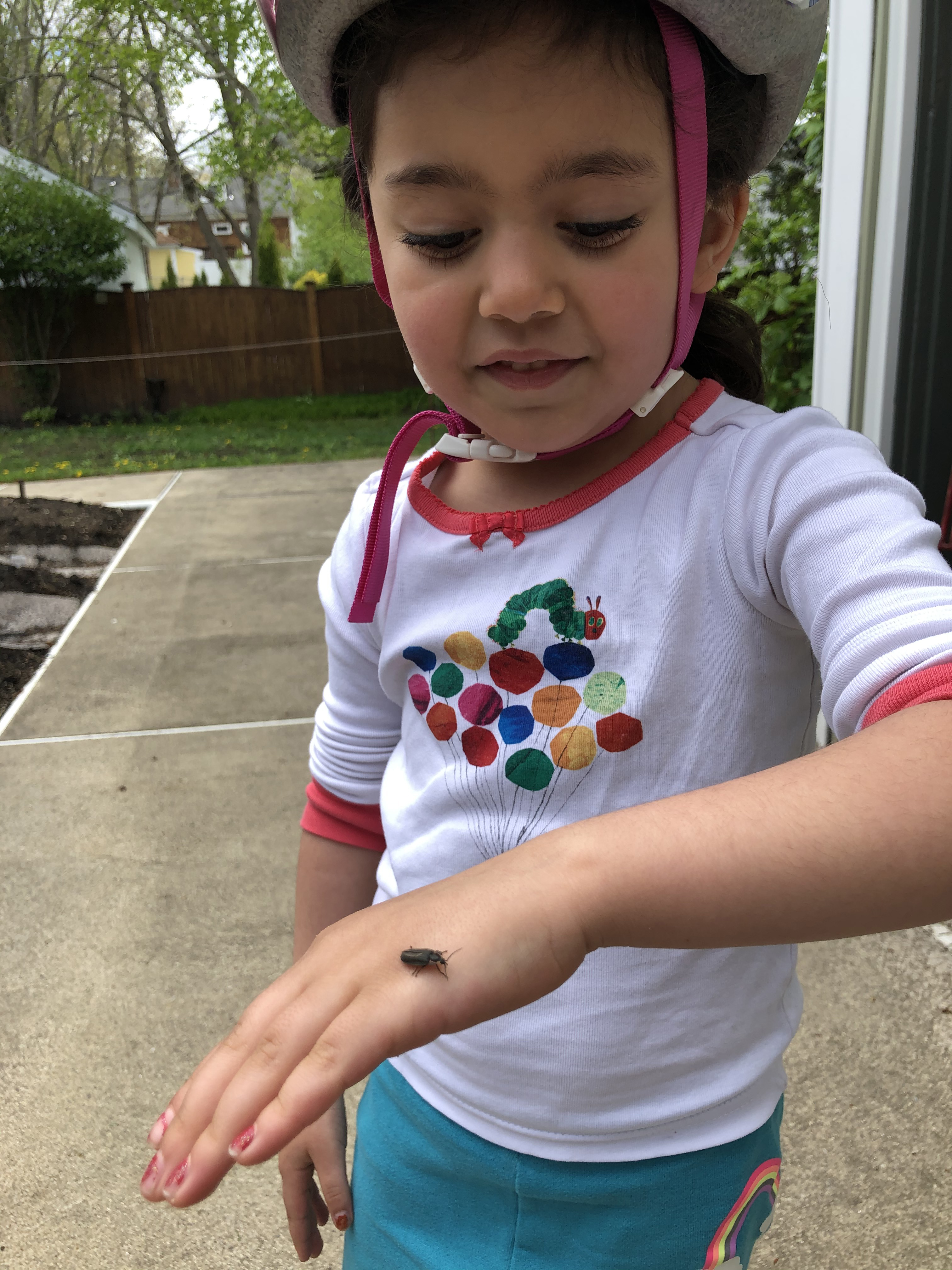 Dan SzczesnyUma Szczesny with a winter firefly in her yard in Manchester, New Hampshire.

In a small patch of crumbly dirt and mulch, near the weather-worn trellis where the hydrangea had begun to bloom, my 5-year-old daughter, Uma, plucked a beetle off the wood and held it up to the sun.

“She” was a tiny winter firefly (Ellychnia corrusca), that peculiar but common “dark firefly” with the bright red bands. Uma dropped the beetle into her palm and it scuttled up her arm. After a moment, the insect spread its thick, black wings and lifted off. It disappeared over the top of the shed.

“Awww . . .” the tiny entomologist, my child of the garden beasties, said.

Her eyes widened. Spread out up and down the trellis and side of our shed were a dozen fireflies crawling this way and that. The adults hide out under
tree bark and can survive subfreezing temperatures. They begin to reemerge in the spring when the maples begin flowering, sometimes clustering around
sap flows.

“Do they live here in our backyard?” Uma asked.

“These do,” I said. “It means springtime.” I told her the fireflies came out with the flowers. 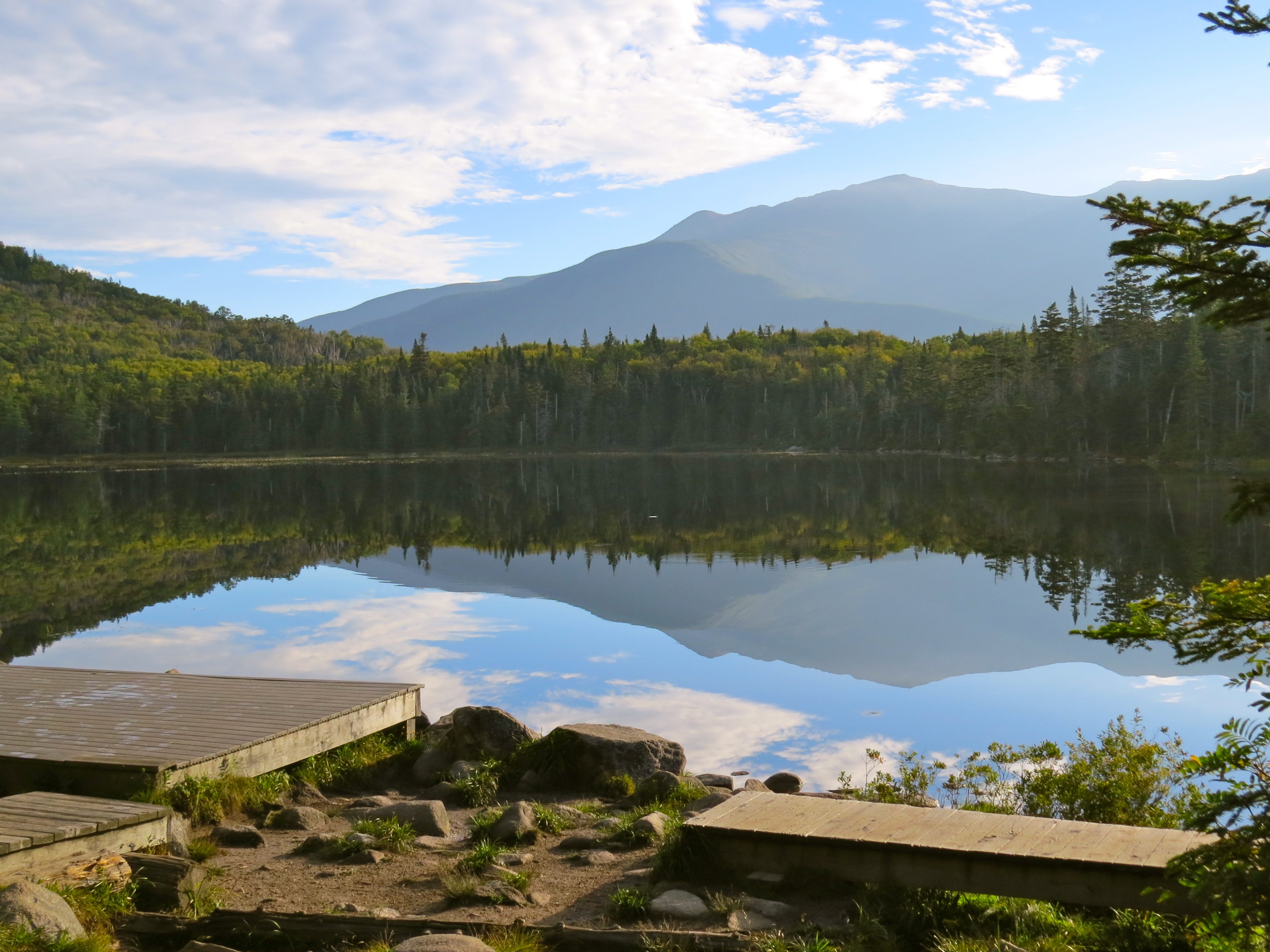 Watching for spring for us normally means taking peanut butter and jelly sandwiches in our backpacks on what my daughter calls “adventure days” to the White Mountain National Forest or state parks.

Watching for spring for us normally means taking peanut butter and jelly sandwiches in our backpacks on what my daughter calls “adventure days” to the White Mountain National Forest or state parks. Last year, Uma had earned her first hiking patch through the New Hampshire Division of Forests and Lands’ Fire Lookout Tower Quest Program. Near the end of fall, she climbed to five of the state’s fire towers. She got stronger with each hike. She seemed to draw energy and confidence from the wind and granite.

We had had big plans for 2020. We’d taped a map of New Hampshire to my office wall and pinned the eleven fire towers we hadn’t seen yet for later hikes. We were going to splash in Echo Lake in Franconia Notch State Park and maybe even spend a night in an Appalachian Mountain Club hut. But by mid-March, it was clear that the world was changing and we needed to adapt. Our little family gathered around the kitchen table to talk about our new life, our plans becoming local and smaller. We’d explore our neighborhood, use field guides for city critters, plant a garden, and let the wild come to us.

We explained that nature is unlimited and, like the virus that kept us home, the outdoors has no boundaries.

My daughter was disappointed at first, of course, but we explained that nature is unlimited and, like the virus that kept us home, the outdoors has no boundaries if you look hard enough. I thought of the thirteenth-century poet Rumi, who wrote, “Beauty surrounds us, but usually we need to be walking in a garden to know it.”

So, we decided to enforce simplicity: We stayed home and turned to our backyard to feed our souls. Even in a dense neighborhood in Manchester, New Hampshire, our hometown, our little family is blessed with an enclosed, expansive backyard. My wife, Meena, plotted out the vegetable garden. We adorned the birch and pines with birdhouses and hummingbird feeders. We collected rainwater in enormous barrels, let the rhubarb run wild, and scattered as many seeds we could find to the wind.

Uma and Meena would scold me for tossing away apple or watermelon seeds instead of planting them. Our compost bins became an obsession, creating fuel for our backyard soil. Last Halloween’s pumpkin, still bearing mold-fuzzy seeds, sprouted a pumpkin plant in the compost nursed by nothing more than what appeared to be Uma’s strength of will.

We waited, we grew impatient, frustrated at our inability to go to nature. But the days got longer and warmer, and week after week, day after day, the wildness began to emerge. 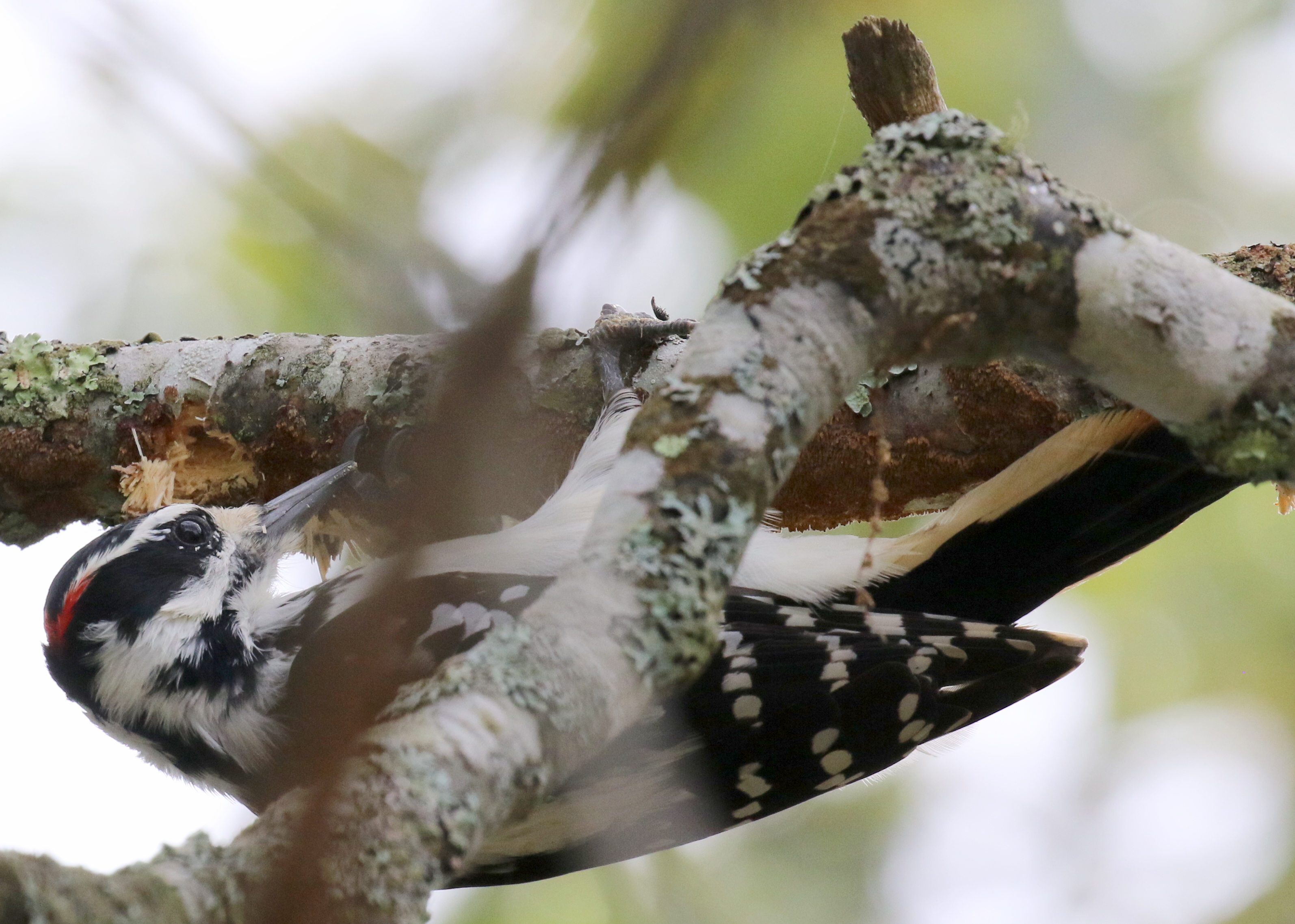 One warm morning in May, my daughter and I pulled some old plastic Adirondack chairs out of the garage and set them up in the sun, overlooking the backyard. We brought out some snacks, a couple of New England flower and wildlife guides, and wore hats. We were trying to practice field research in a small, pocket blank book I had bought. Asking a 5-year-old to sit quietly and watch for wildlife is expecting a lot, but she focused her attention like a tiny scientist. That is, until a downy woodpecker (Dryobates pubescens) swooped into our yard and perched on the metal suet holder we had hung from a thin branch of our hobblebush.

This became too difficult for her to sit back and watch, and she developed another strategy for absorbing our backyard friends.

I nodded. “See how close you can get, but try to stay as quiet as possible.” She crouched low to the ground, a small Jane Goodall in pink shorts and a T-shirt that said, “Puddle Jumper,” and began to take tiny steps across the yard to the bush. I expected the bird to take off immediately, but it didn’t. The junior naturalist got to within five feet. Four. Then three. Only when she raised her hand to the jittery bird did it alight and float just over her head to a pine tree across the yard.

She tore after it, all pretense of sneaking gone. Amazingly, the bird once again let her get within a few feet before lifting off again, shooting straight back to the feeder. Uma followed, and the game repeated.

Uma was screeching with joy, waving her arms, her legs pumping hard to keep up. After a few minutes of this, the woodpecker jolted straight up into the sky and drifted away, a black and white winged balloon. Uma stretched out in the grass, spent.

Humans never really commune with nature: Rather, wildness provided the conditions and the solitude and “the soul furnishes the entertainment.”

The American naturalist John Burroughs liked to point out that humans never really commune with nature: Rather, wildness provided the conditions and the solitude and “the soul furnishes the entertainment.”

I walked over and looked down at my daughter, breathing hard, arms outstretched, the dandelions entwining with her hair, cheeks red from laughing.

“That bird liked me,” she said.

I lay down in the grass with her, the tops of our heads touching, and we watched the clouds drift by for a couple minutes, until the squirrels and fireflies and woodpeckers began to return. Not a mountain in sight.

Dan Szczesny is a writer and speaker living in Manchester, New Hampshire. His previous work in Appalachia includes essays about his hiking adventures with Janelle Mylottt, and about Mount Washington, the subject of his book The White Mountain (Hobblebush Books, 2018). His newest book is U & Me: Reflections from the Fatherhood Frontier (Hobblebush Books, 2020).